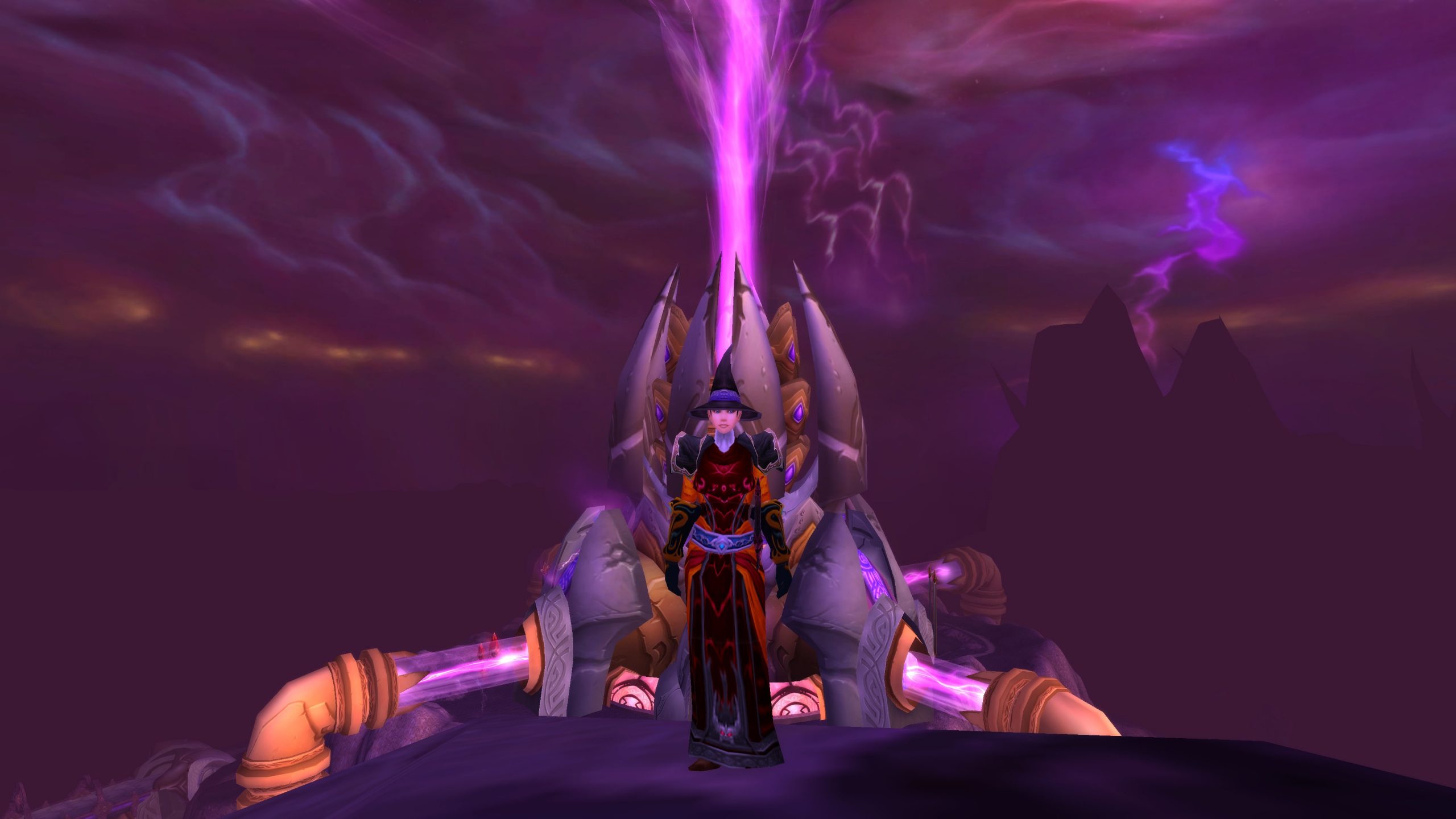 Since my August WoW update I have taken a bit of a step back from World of Warcraft and decided to play a few other games, most notably XCOM 2, Kerbal Space Program and Aliens: Fireteam Elite. I declined a few raid invitations but made sure to log in daily to check my mail and open lockboxes for my guild mates. Overall however I have attended most guild raids in the last month and have even found time to finish leveling up a new character, a warlock, which is something I did not think I would do.

What’s unfortunate is that I have received no loot from raiding, with the exception of a Pit Lord’s Satchel which is kind of handy. This bad fortune could change in the coming weeks and months with the launch of phase 2 which opened Serpentshine Cavern and The Eye raids. This means there is a lot more loot available and will mean a completely new wish list in next month’s update.

My ‘to-do’ list has once again not seen much progress. All of these things require me to log in between raids and engage in some of the more boring and grindy content Classic World of Warcraft has to offer. By taking a step back and by raising a new level 70 character, virtually all of the things listed below have seen no progress. I can say however that I have completed ‘The Eye’ attunement, which is very important.

My guild (Inspired) recruited 2 new officers to help organize the guild, they are Nessia and Lotimar. Both of these guys are nice and I have found Nessia a more than capable raid leader. I do not know if Lotimar will be raid leading but he seems to be doing things behind the scenes and is approachable. I thought about ‘applying’ for an officer role but kept thinking how sometimes I get overly angry and/or annoyed with certain guild members. Right now I can ignore them and I even mute one person on Discord during raids, something I couldn’t do if I were an officer.

Over the next 4 weeks I hope to help my guild clear some (or maybe all) of the new raids, but would also like to play my new warlock character from time to time. Recently there have been some extra raids organized for people to bring alternative characters which could be a fun opportunity for my warlock. I also want to go back to Naxxramas to help a fellow guild mate and officer Tsun complete his Atiesh staff quest. Diablo II Resurrected is due to be released soon so I will probably take even more time away from WoW between raids, but do still plan on achieving everything on my ‘to do’ list eventually.