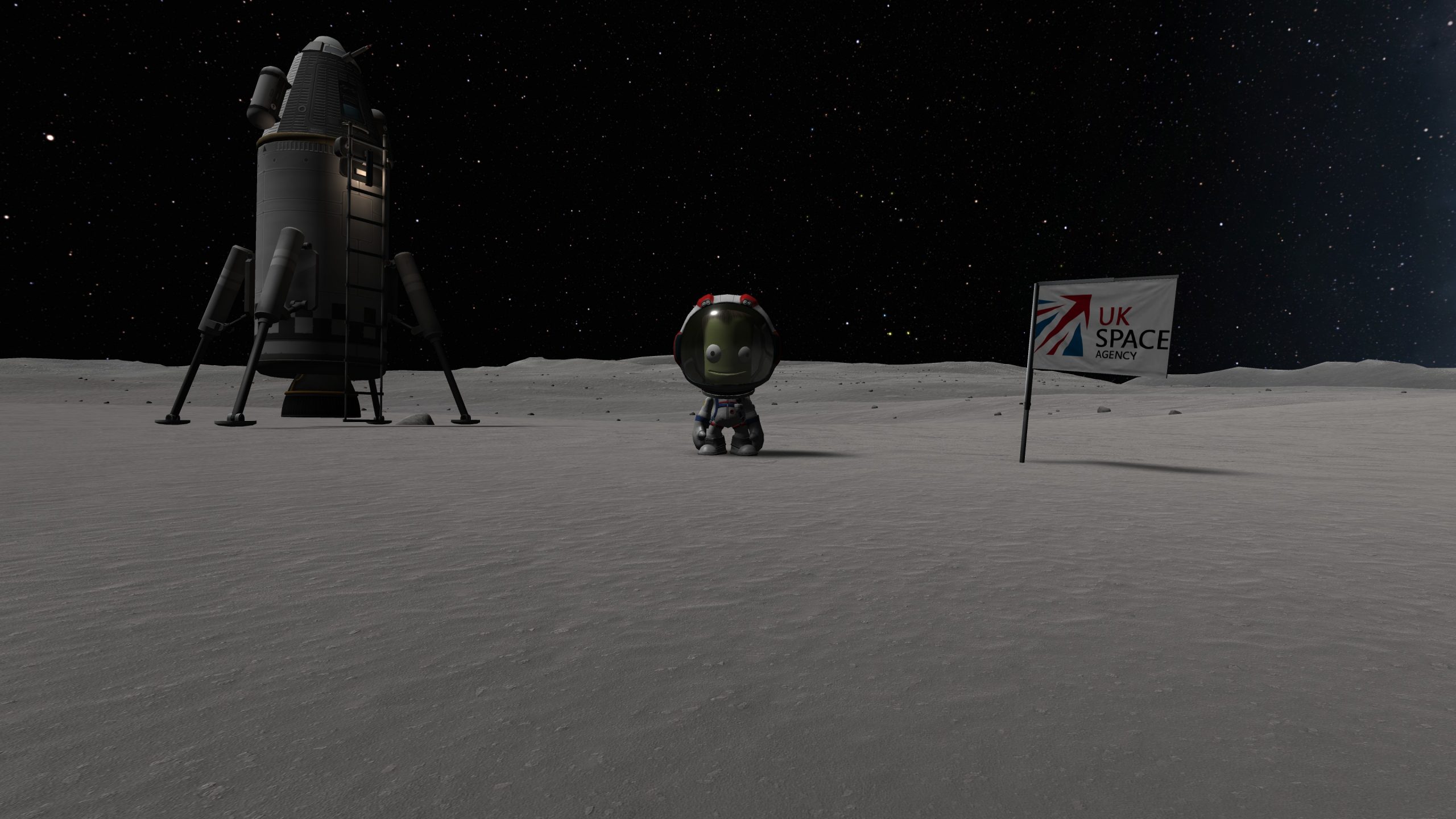 It’s been a while since I have played the semi-popular sandbox game Kerbal Space Program (KSP), the last time back in April 2019. When I last played KSP I had quite a successful career crash landing on the ‘mun’ among other things. With my new KSP career however I seem to be doing better with a more successful Mun landing which I was able to record and upload to YouTube.

KSP is first and foremost a sandbox game, allowing players access to everything to do whatever they want to do within the confines of the game’s physics. One slightly more interesting way to play KSP however is through the career mode where players are encouraged to complete missions in order to earn resources and conduct scientific research to unlock parts and upgrade the various buildings at the space centre. It’s actually a really good way to start playing KSP starting with a limited number of parts and slowly unlocking more as you progress and learn.

With almost exactly the same craft used to land on the Mun, I was able to do a ‘fly-by’ of Minmus followed by a bit of a crash landing. I found that the gravitational pull of Minmus is much less than even Mun, which makes sense as Minmus has much less mass and no atmosphere. As such it was pretty difficult to slow down enough for a smooth landing, but I found that it was very easy to upright my space ship after it had landed on it’s side. 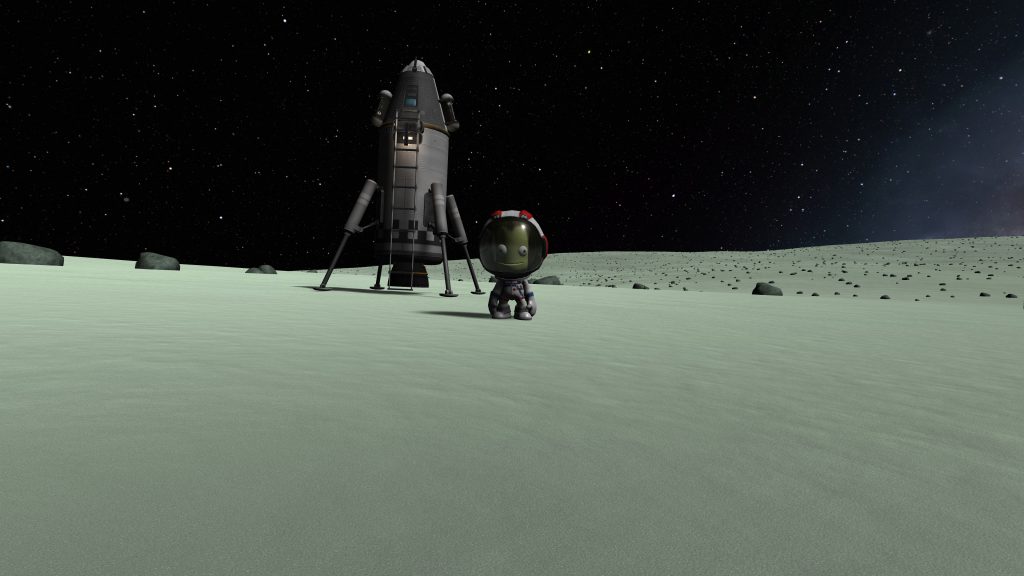 The game does not bolster the best graphics, but now and then there some really nice scenes like the one below of my space capsule about to re-enter Kerbin’s atmosphere. If you look closely you can see Mun in the distance as well as the Sun (Kerbol) and curvature of Kerbin. 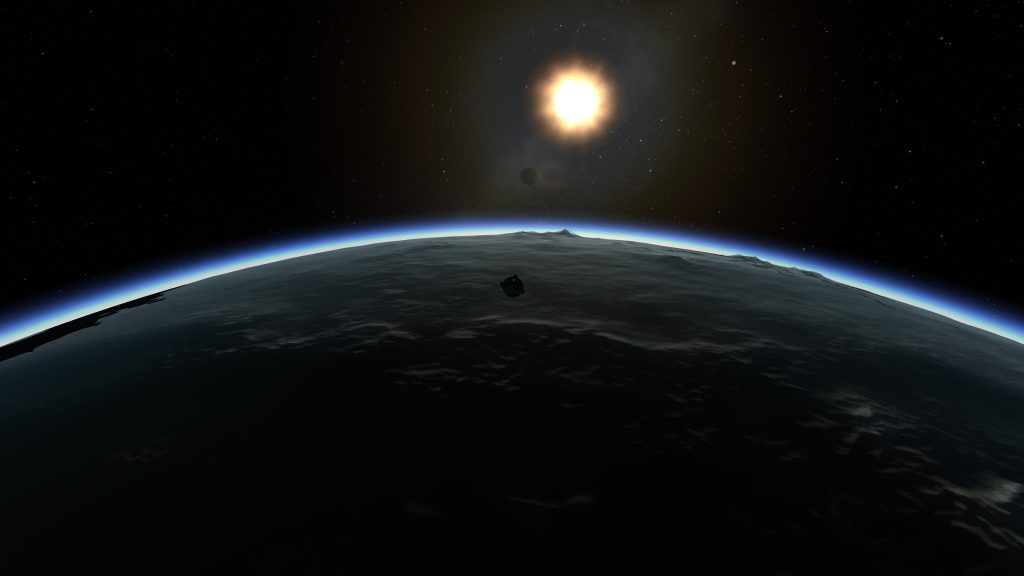 This is about as how far I got with my last KSP career. I would like to think I can try and build bigger and better things to hopefully orbit or even land on other celestial bodies. Another planet perhaps? Eve is the closest planet to Kerbin but like Venus it might not have the most hospitable environment.