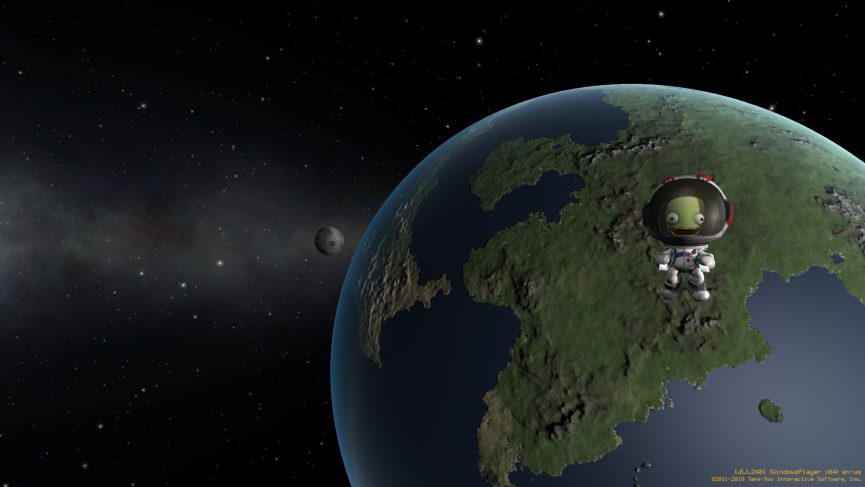 While playing Kerbal Space Program (KSP) this weekend, I managed to land on Mun which is the nearest moon to Kerbin (Earth). Although, not everything went according to plan, it was more of a successful crash landing actually. 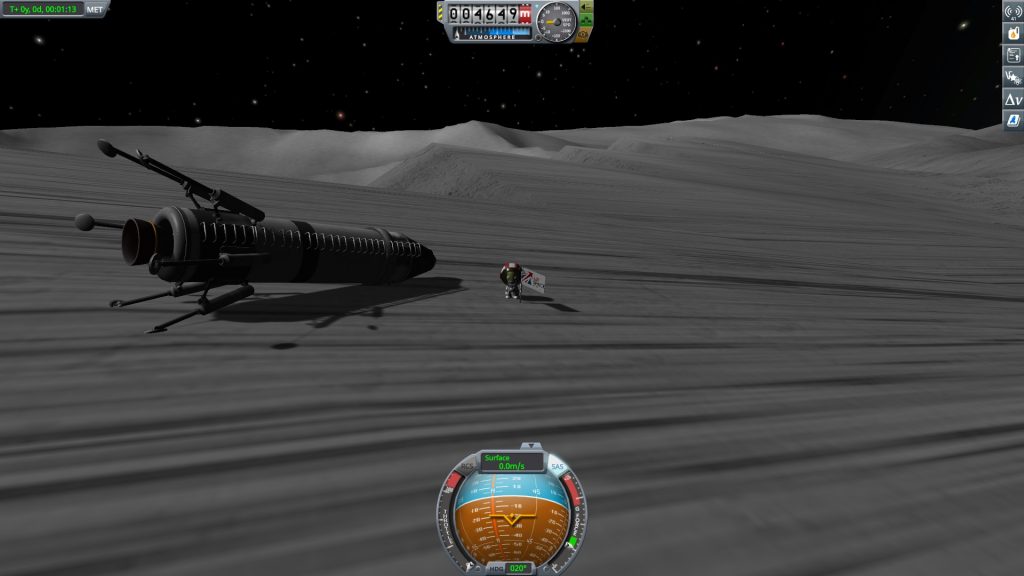 Despite the… unfortunate circumstances I found myself in. I did manage to perform experiments and collect samples before successfully returning to Kerbin. After planting a flag, making an EVA (Extravehicular activity) report and collecting samples, I managed to get back inside the rocket and open the doors to the service bay, containing equipment for other experiments. This action jolted my rocket upward to a semi upright position allowing me to ignite my engine and leave. 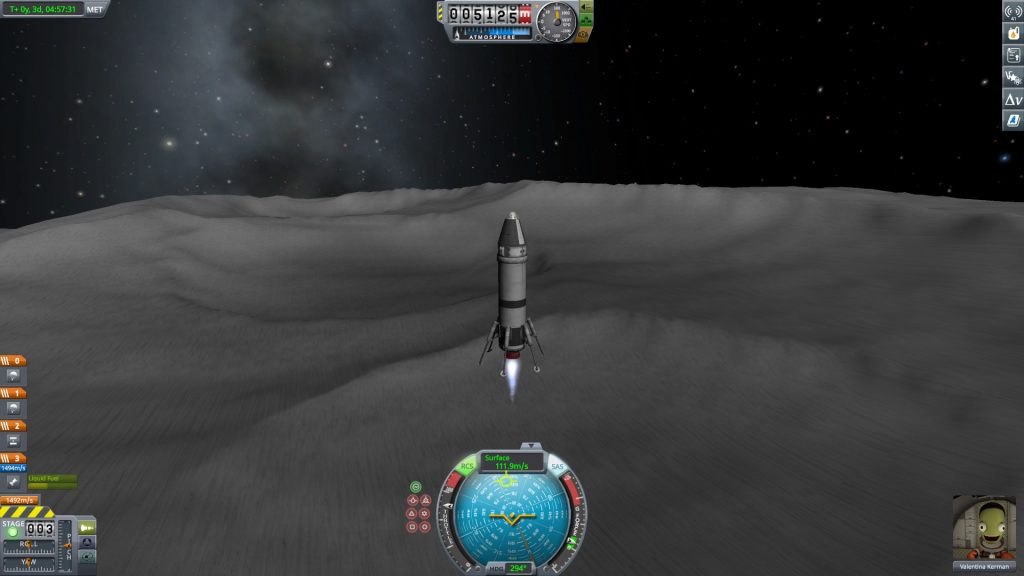 With that I had just enough fuel to escape the gravitational pull of Mun and get myself on a return trajectory to the surface of Kerbin.

To say I am chuffed is an understatement, the scientific data collected is going to allow me to unlock a lot of cool stuff which will hopefully mean I can go further than Mun and perhaps land on Minmus or even a different planet.

It’s super cliche, but when you plant a flag in KSP you are able to write something on a plaque. On Mun I wrote “That’s one small step for kerbal, one giant leap for kerbalkind”. Almost 50 years since Neil Armstrong set foot on the Moon… I take his line and use it in KSP.