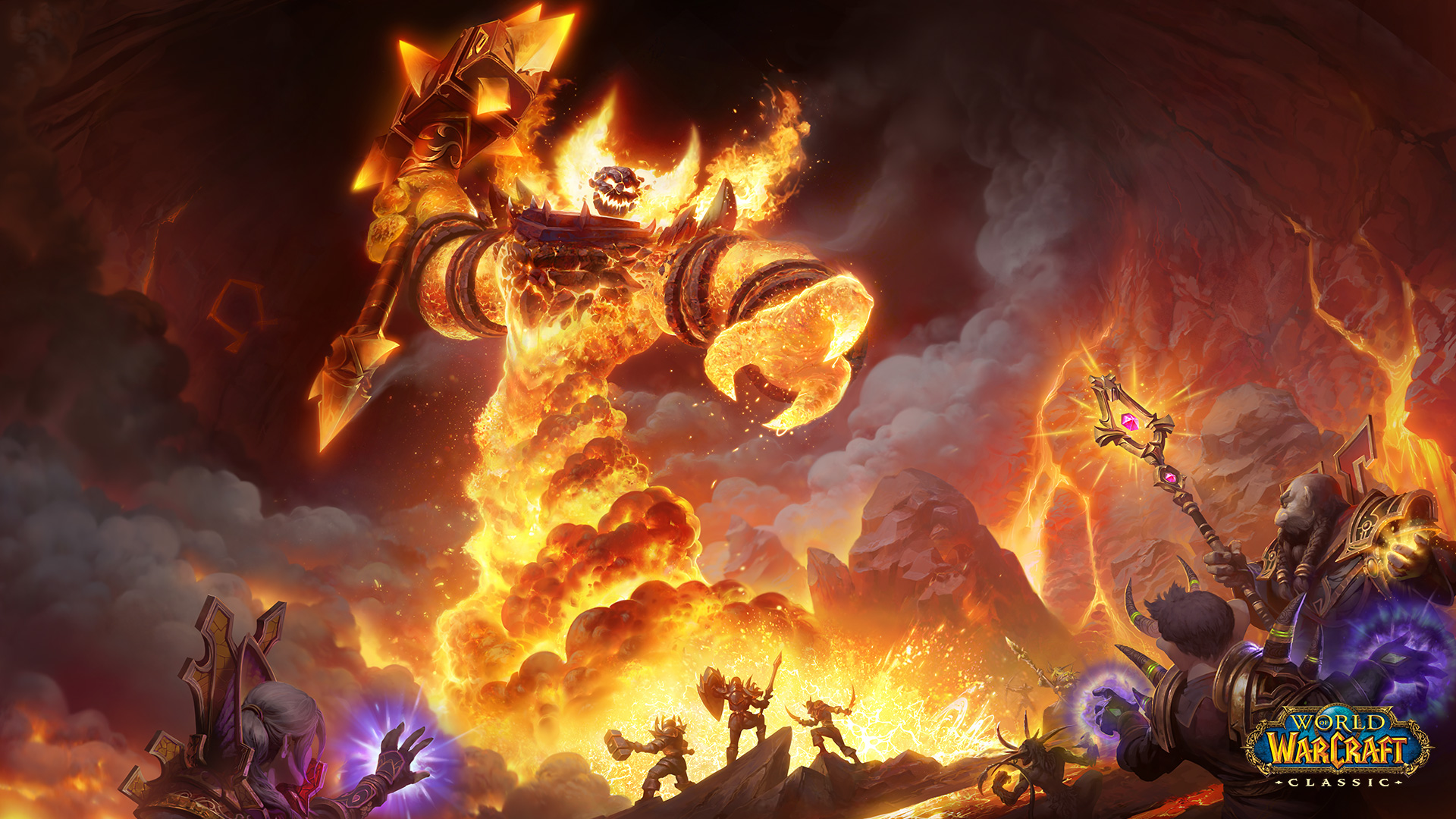 For classic World of Warcraft I have written about my experiences in Onyxia’s Lair, Blackwing Lair and Zul’Gurub. It’s only right therefore that I write about my Molten Core experiences which began as soon as I reached level 60 in December 2019.

Like with all of the other raids in Classic World of Warcraft so far, I am finding Molten Core exceptionally easy. This is in part because my guild, Inspire, had already been consistently clearing Molten Core before I was level 60, another reason is that people, myself included, already knew what to expect. This is, after all, a remake of a 15+ year old game.

After more than 6 months clearing Molten Core there is still 1 piece of loot which eludes me, Band of Accuria. This ring is needed by just about everyone who plays a melee class or hunter. It is also prioritized to guild tanks before DPS (damage per second) player such as myself. It’s unlikely therefor that I will be getting this ring anytime soon.

Here I am recently clearing Molten Core with my guild. In the videos description I have timestamped each boss encounter should you wish to skip to ahead.

Like with many raids, Molten Core has it’s own reputation faction, the Hydraxian Waterlords. I very quickly reached revered because up until that point players are awarded reputation for everything killed in the raid. To reach exhaulted however, players only get reputation for killing the bosses. I reached exhaulted 2 weeks ago, but, there is still 1,000 reputation to get which is a pain because now only the last boss, Ragnaros, will award reputation. Still, I should get what I need in 2-3 weeks time.

One thing I like about Classic World of Warcraft is that every raid is kept relevant. In modern expansions players would only play the most recent content patch and most recent raid. In Classic WoW however some of the best loot in the game, most notably Thunderfury, Blessed Blade of the Windseeker, is obtained in Molten Core which means players will keep raiding it until the end.

I myself look forward to supporting my guild as much as possible by continuing to raid Molten Core with them. Even if I get Band of Accuria someday, it remains a nice and easy way to gear up guild members and make them stronger for future, more challenging content.