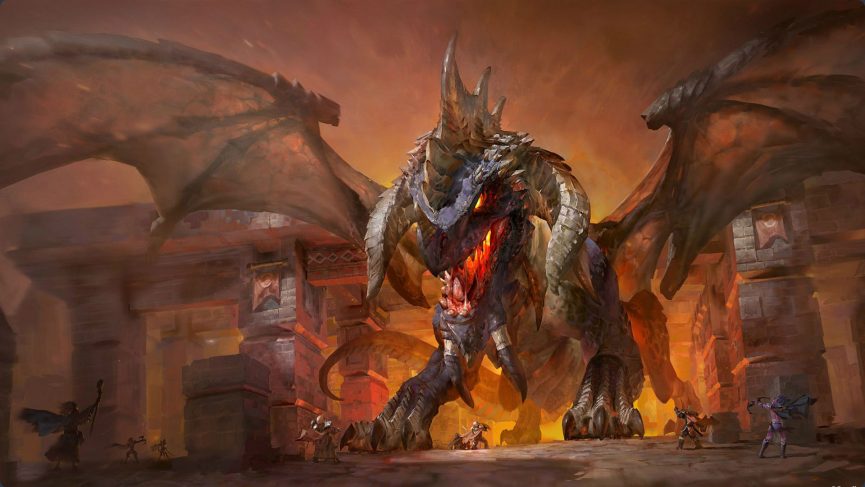 Last December I wrote about the Classic World of Warcraft Onyxia Lair raid, since then however I have neglected to write about other raids such as Blackwing Lair. Ever since Blackwing Lair was launched in Classic World of Warcraft my guild has cleared it of all of the bosses and distributed the loot. With the exception of the last two bosses in the first week and from being on standby a subsequent week, I have been present for all guild raids. As such I have been lucky enough to have been awarded 8 pieces of loot so far which is around 1 piece of loot every 2 weeks, my favourite being Claw of the Black Drake, which actually needs replacing as soon as possible, either with Chromatically Tempered Sword or Vis’kag the Bloodletter if I can get a better offhand weapon.

Blackwing Lair also contains most of the tier 2 set items which for me is the Bloodfang Armour set. So far I have 6 out of 8 set items and will be overjoyed if I am able to complete the set which will give me a powerful set bonus, at least for sword rogues such as myself.

When I played Vanilla World of Warcraft, around 15 or so years ago, I don’t recall ever attending a Blackwing Lair raid and, while in later expansions I frequently cleared the raid to obtain loot for vanity, I didn’t know what to expect. Here is a video of my guild and I clearing Blackwing Lair back in April. I have time stamped each boss in the description for those who are interested in a certain encounter.

To be honest, I am a little disappointed at how easy the raid is. I imagine it was much harder during Vanilla when the raid was first released, but, even so, most of the time it seems very forgiving when mistakes are being made.

Blackwing Lair is currently where most of the best items can be obtained and as such I shall try to continually attend raids my guild organize, even in the unlikely event I am awarded every item I want in there, it is still a great place to help others get the items they need for future, hopefully more difficult, content.

I shall endeavour to write about my experiences and opinions about the other raids Classic World of Warcraft currently has to offer, Molten Core and the somewhat recently released Zul’Gurub.