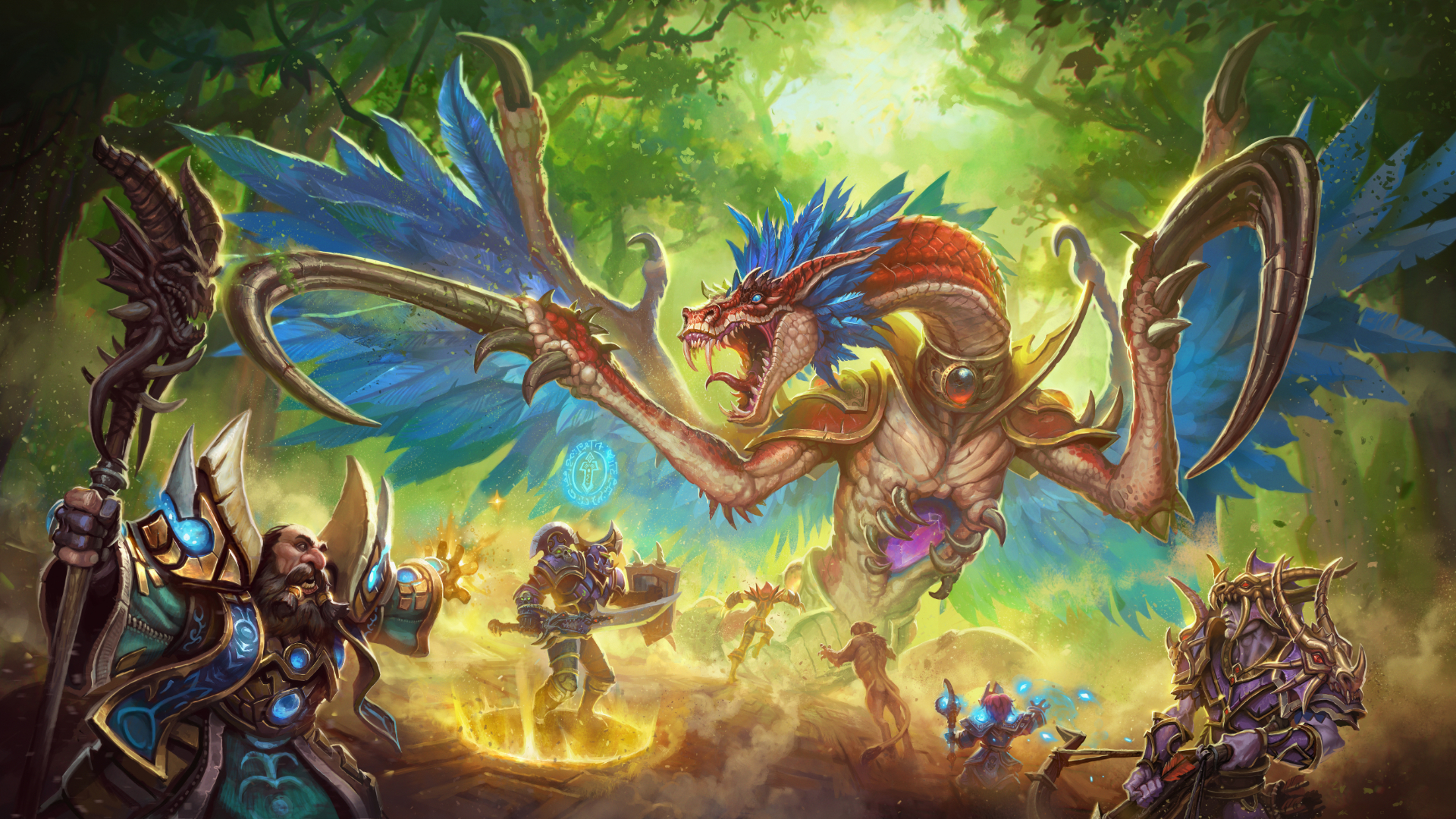 As I said I would in my Blackwing Lair post, here are my thoughts on the Zul’Gurub raid re-released on the 15th April. Since the launch, my guild mates and I have been consistently clearing the raid for the spoils within.

The raid is easy, too easy in fact. Designed for 20 people, my guild easily clear it with around 15 players with no notable increase in difficulty. Some of the content can even be done with just 1 or 2 people. Personally, there is no new loot that is best in slot (BiS) for me, but, for a while, I did have one of two items as a temporary upgrade to what I had. The main objective for me has been to acquire two Primal Hakkari Idol’s in order to buff (improve) my helmet and leg slot items with Death’s Embrace. Another objective has been to reach exhaulted with the Zandalar Tribe so that I can purchase a Zandalar Signet of Might to improve my shoulder slot item. All of these things I am happy to say I have achieved as have most of my fellow guild members.

Other notable items are the Warblade of the Hakkari sword set and Thekal’s Grasp fist weapon set. While these items are not the best for me, I would still like them for vanity purposes and it would be fun to use them, perhaps in a PvP or dungeon setting. At the moment I have one of each and will continue to keep an eye out for the others.

Other than the items mentioned above, I, like just about anyone who plays World of Warcraft, would love to have either Swift Razzashi Raptor or Swift Zulian Tiger. Both of these are incredibly rare, so much so that for my guild only one Swift Zulian Tiger has dropped from High Priest Thekal and was awarded to fellow guild member Defel as seen below. You can see when it dropped during the raid in the above video around 28 minutes 30 seconds in and is linked in the video description.

Overall I am once again disappointed at how easy this content is. To be fair Zul’Gurub is designed to help newly leveled characters obtain good enough loot so that they can raid Blackwing Lair. I also appreciate most people playing Classic Word of Warcraft are well prepared this time around and that there is much more resources available today than there was 15 or so years ago. I just hope that future content, namely Ahn’Qiraj and Naxxramas, will offer some challenge.

Also, with the launch of Zul’Gurub, there is another world buff to collect before each raid. I have never been a fan of word buffs and wish all buffs would be removed as soon as you step inside a raid instance. This would remove the need of spending hours each week obtaining the buffs and would make each raid slightly harder. Thankfully, I have had a lot of time on my hands these past months, so it’s not so much of a big deal. Ordinarily however I would attend raids with only some of the buffs which in turn would make me look weak in comparison to fellow guild members and spoil some of my fun.