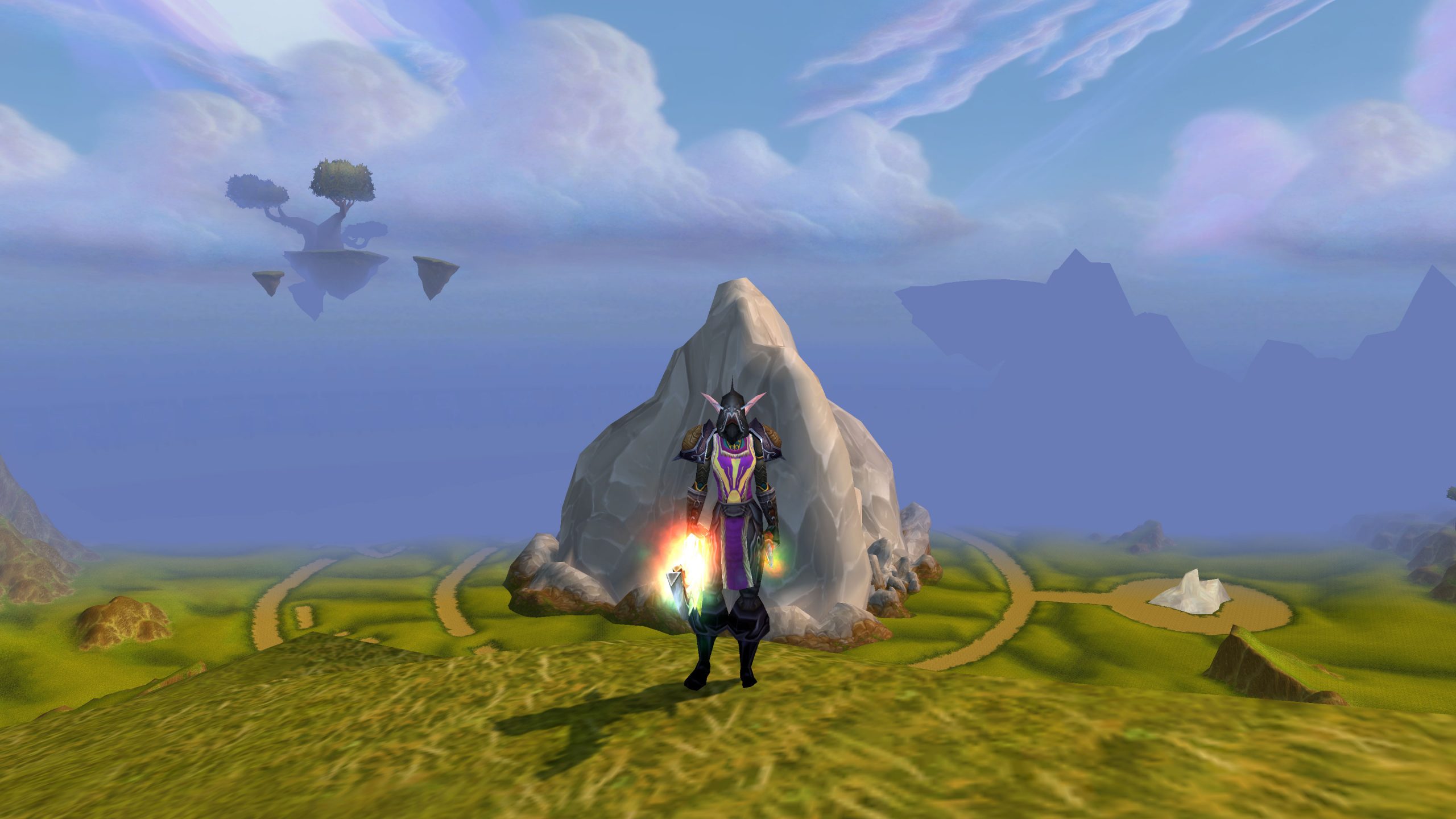 A lot has happened since my last WoW update. After reaching level 70 I embarked upon getting ‘attuned’ to raid Karazhan and be able to enter dungeons on ‘heroic’ difficulty which offers a greater challenge in return for better loot and a badge of justice from each defeated boss. Although not strictly required, especially for a rogue, I also wanted to obtain keys for the Shattered Halls and The Arcatraz dungeons. I am happy to say that with help from fellow guild members Mufka, Bella, Eremir and several others I have successfully completed all of these.

Since getting attuned for Karazhan, I have been consistently raiding it as part of 1 of 2 or most recently 3 groups of 10 players. For the most part raiding Karazhan has been positive and the group I am part of has defeat most if not all bosses, however, when raiding Karazhan I am getting frustrated with certain people and on a whole. Karazhan is a 10 player raid which means individual contribution has a higher affect than if we were part of a 25 player or 40 player raid. Rather than each person being 2.5% of a 40 player raid or 4% of a 25 player raid, players are 10% of a 10 player raid and their actions usually have greater consequence and is certainly more noticeable. With maybe the exception of Nightbane, I find that all of the boss encounters in Karazhan are mechanically incredibly easy, much easier than most of Vanilla WoW content and will be much easier than what is to come in The Burning Crusade (TBC). To see someone get the most simple boss mechanics wrong or not keep an eye on threat meters has on 1 or 2 occasions made me quite angry, which is entirely my problem, not theirs. If I am unable to resolve my anger issues, I am going to have to decline raiding Karazhan and perhaps see how I feel in 25 player raids, especially ones where the mechanics are difficult and understandable to get wrong. I feel like I am letting my friends and guild down with this anger, I really must do better.

On a more positive note, I have been awarded 10 pieces of loot. While only two of these are what is considered best in slot (BIS), the others have been upgrades and I am grateful for all of them. The two BIS items I have been given are Spiteblade and Drape of the Dark Reavers. I also have four or five other BIS items which I have obtained in heroic dungeons or by buying them from the badge of justice vendor. I have created my first TBC ‘BIS wish list’ for phase 1 as I did throughout most of Vanilla WoW, obviously this list is subject to change and I will be interested in other items which might not be BIS.

As well as raiding and getting attuned, I have had some success with professions and raising weapon skills. Most noteworthy is that I managed to save 5000 gold (the main in-game currency) to raise my riding skill to 300 so that I can purchase and use a fast flying mount for another 200 gold. Since doing this I have been pretty much broke when it comes to gold and will need to start saving again for expensive enchants and consumables. Now that I am able to cross off a lot of my ‘to-do’ list below, from next month I will be able to better streamline what I want to do and perhaps add more items of interest to me.

Moving forward, other than being a happier and calmer raider, I hope to build up a bank of gold and work on getting exalted with some of the new TBC factions. For the moment I have no interest in PvP (Player vs Player) but do have a number of additional attunements to complete for future content and will want to learn and discover alchemy recipes so that I might be a helpful alchemist for my guild mates. I will also like to record more game play and produce more YouTube videos to supplement my blogging.

This time last year I was unable to cross anything off of my short ‘wish list’ of items and was struggling to find a good off-hand sword. That said Roundhouse, Tsun, Pallydude, Tailsmad and others helped me complete the Shadowcraft Armour set which I still have to this day. I was also successful in obtaining some items with nature resistance in preparation for Ahn’Qira which was due to be released 28th July 2020.