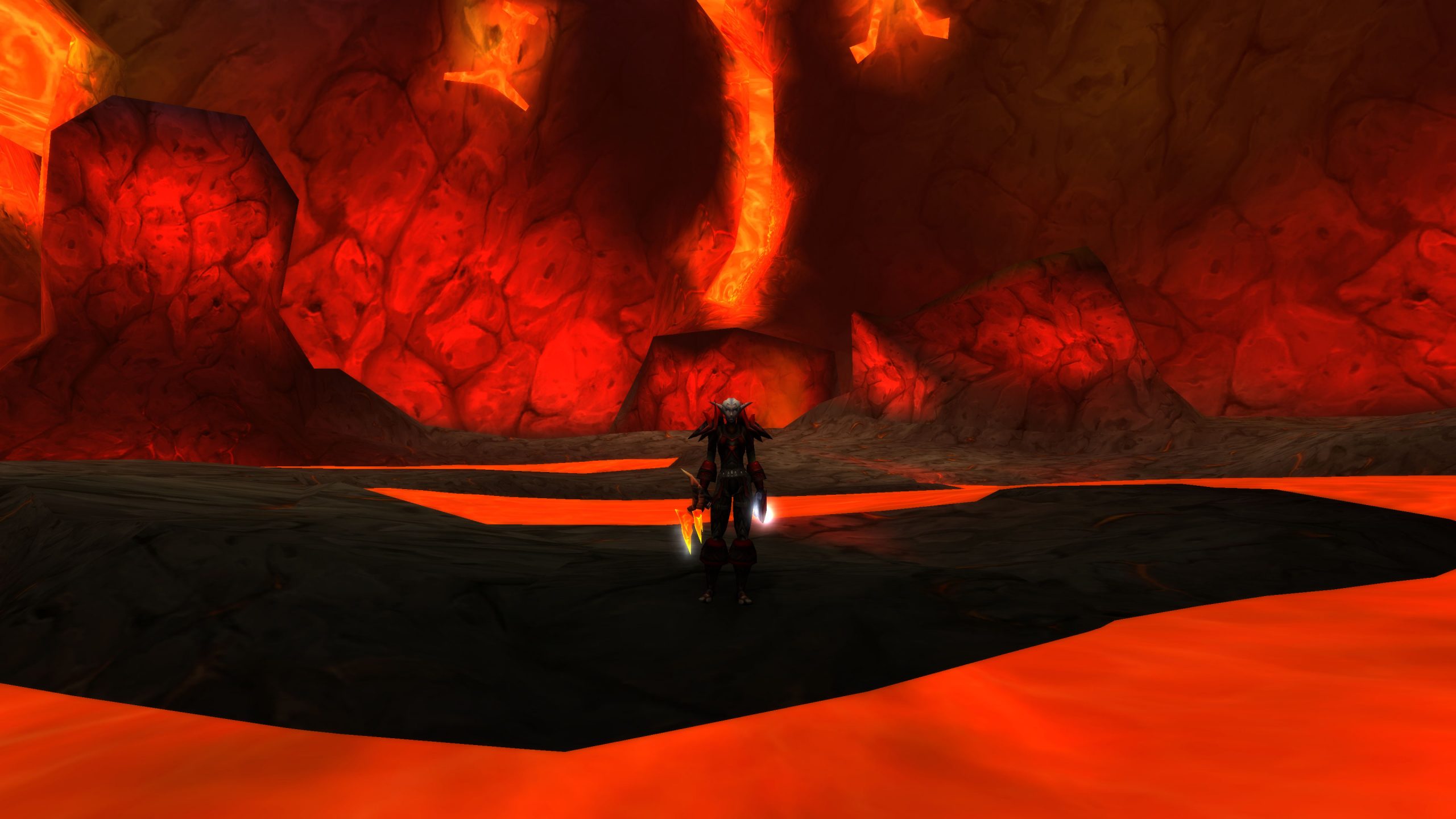 This last month has seen some progress in my Classic WoW journey, but, I think for the first time, I have been unable to cross anything off my wish list. I have consistently raided Blackwing Lair, Molten Core and Zul’Gurub with my Inspire guild mates, but the items I need just did not avail themselves. The exception to this was Band of Accuria which dropped on two occasions from the last boss of Molten Core, Ragnaros, but were awarded to two of our guild tanks. This is something I actually agree with and do not feel bad about it at all.

Because my loot priority is low compared to many guild members, it is very unlikely that I will be awarded either the Chromatically Tempered Sword or Maladath, Runed Blade of the Black Flight anytime soon, as such, I think it would be wise to add Warblade of the Hakkari to my wish list which should be easier for me to obtain. I just hope it drops from Bloodlord Mandokir in Zul’Gurub soon because I think it would be a big upgrade for me.

While I have not been able to cross anything off of my wish list, I have obtained the two remaining Shadowcraft Armour set items mentioned in my previous WoW update. I would like to thank all of my guild mates who helped me acquire these items, especially Roundhouse, Tsun, Pallydude and Tailsmad who helped when I finally got Shadowcraft Pants, the most illusive Shadowcraft item.

What I like about this video is that when the item I wanted dropped from the boss, I could hear that everyone was happy for me and that they had helped me achieve one of my goals. This is how I feel when one of my guild members gets a key piece of loot they want or successfully achieve something, especially when I have helped them get there.

Another thing which has been a partial success is that I have acquired some nature resistance gear from Maraudon, a level 45-52 dungeon which has quite a few nature resistance items within and can be easily soloed by a level 60. This brought my nature resistance up to 95 but thanks to Skylla, another guild mate, I was able to have three items crafted bringing me to a total of 120. I can get another 5 resistance from a cloak enchant, but other rogues in my guild have around 140 – 160 nature resistance. I will therefor be keeping an eye out for 1 or 2 more pieces of loot, perhaps Ring of Binding from Onyxia’s Lair.

As for the rest of my ‘things to do’ list, I have reached 300 skill in using guns leaving me with just fishing to do before all of my skills are 300/300. I have made some progress with fishing, and have acquired a Big Iron Fishing Pole which I believe to be the best fishing pole in Classic WoW.

I feel like I have utterly failed to reach PvP (Player vs Player) rank 9. While I have made significant progress, I just do not have the appetite to do much PvP. With real life getting much busier recently, I am not going to have nearly as much time to play as I have been these past 3 months or so. It’s going to be a real struggle, that’s for sure, but I will keep it on my list for now. With Ahn’Qiraj release date confirmed as the 28th July, there is a chance this time next month I will have raided either Ahn’Qiraj or the easier 20 player raid Ruins of Ahn’Qiraj with my guild, assuming the war effort event beforehand is completed quickly by both the Horde and Alliance factions on our server. This is another big step in my WoW journey and I am looking forward to it.