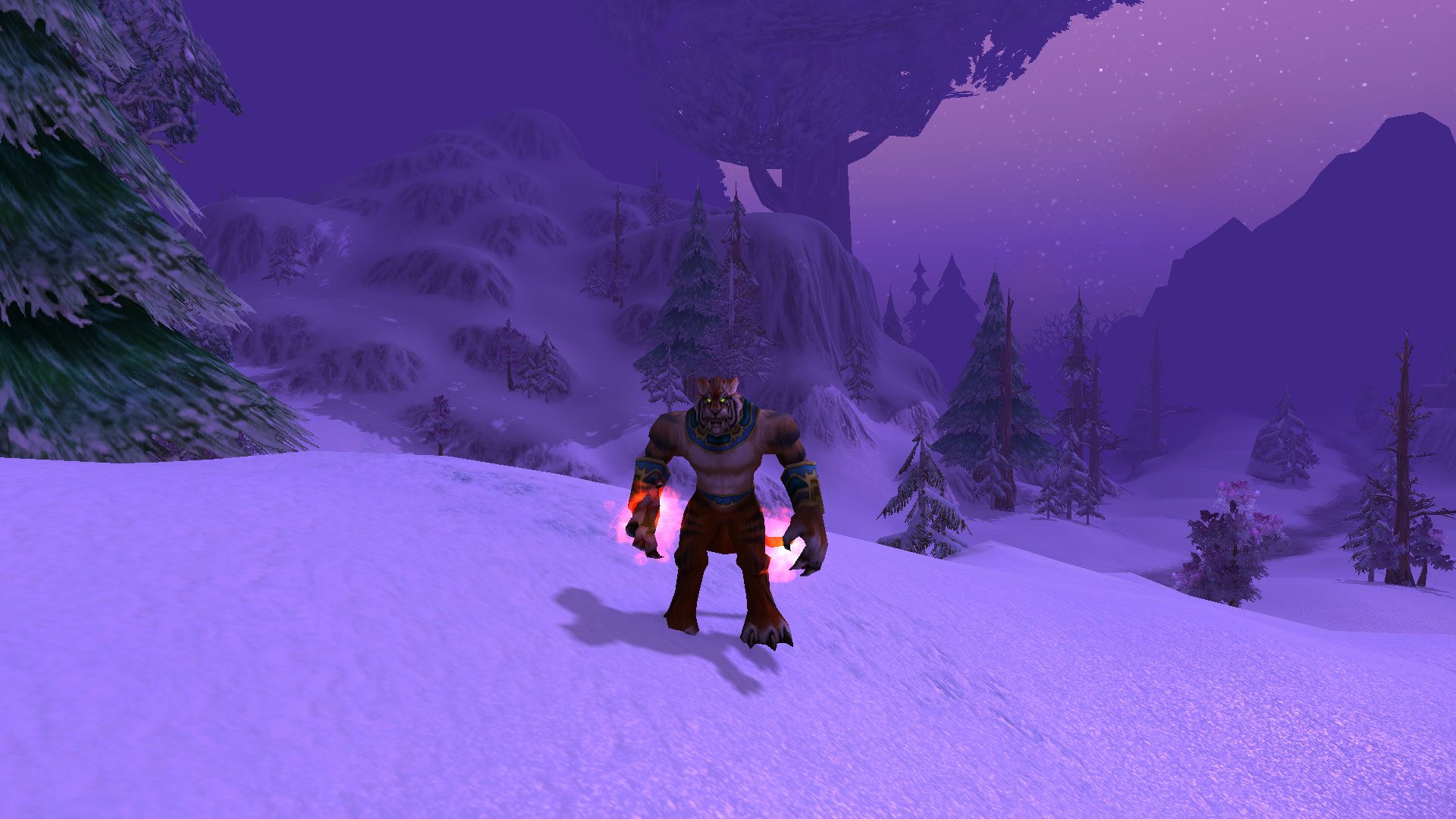 Another month of excellent progress in my Classic World of Warcraft journey. As always, I have been consistently clearing the Molten Core, Blackwing Lair and Zul’Gurub raids. In addition, since my last update, I have written about my views and experiences in Blackwing Lair and in Zul’Gurub. I will due course be writing about Molten Core which, to be honest, is well overdue as I have been clearing it every week for about 7 or 8 months now.

I have been lucky enough to have been awarded two more pieces of loot which I can cross off my wish list below. I now only need the Bloodfang Belt to have all 8 pieces of the Tier 2 Bloodfang Armour set which has a very powerful set bonus.

I have also been awarded Arlokk’s Grasp from Zul’Gurub which when combined with Thekal’s Grasp completes the Primal Blessing set. These weapons are far from the best weapons to use for any character, but, they are fun to use because every so often when you hit an enemy you turn into a sort of tiger, the same way High Priest Thekal does in Zul’Gurub which I have demonstrated below.

There has been some progress with my things to do list. I very quickly obtained exhaulted reputation with Zandalar Tribe and I am much closer to reaching 300 skill level with fishing and guns. Getting exhaulted reputation with Argent Dawn however is another matter and is proving to be a slow grind, I could easily see this taking me many months of achieve. With phase 5 of Classic World of Warcraft fast approaching, I will need to obtain 2 pieces of the Shadowcraft Armour set which I will need to complete the set and craft the Darkmantle Armour set. I think it’s also about time I ranked up at least once more in PvP (Player vs Player) to rank 8 (Knight-Captain).

Other than achieving some of things I have set out above, I hope to continue being a valued member of my guild, Inspire, who I value a great deal, and help prepare them from the up and coming Ahn’Qiraj content which I am told will be much more challenging than anything we have done so far. As such I will need to start thinking about acquiring items which give Nature Resistance since a number of bosses deal a significant amount of nature damage.