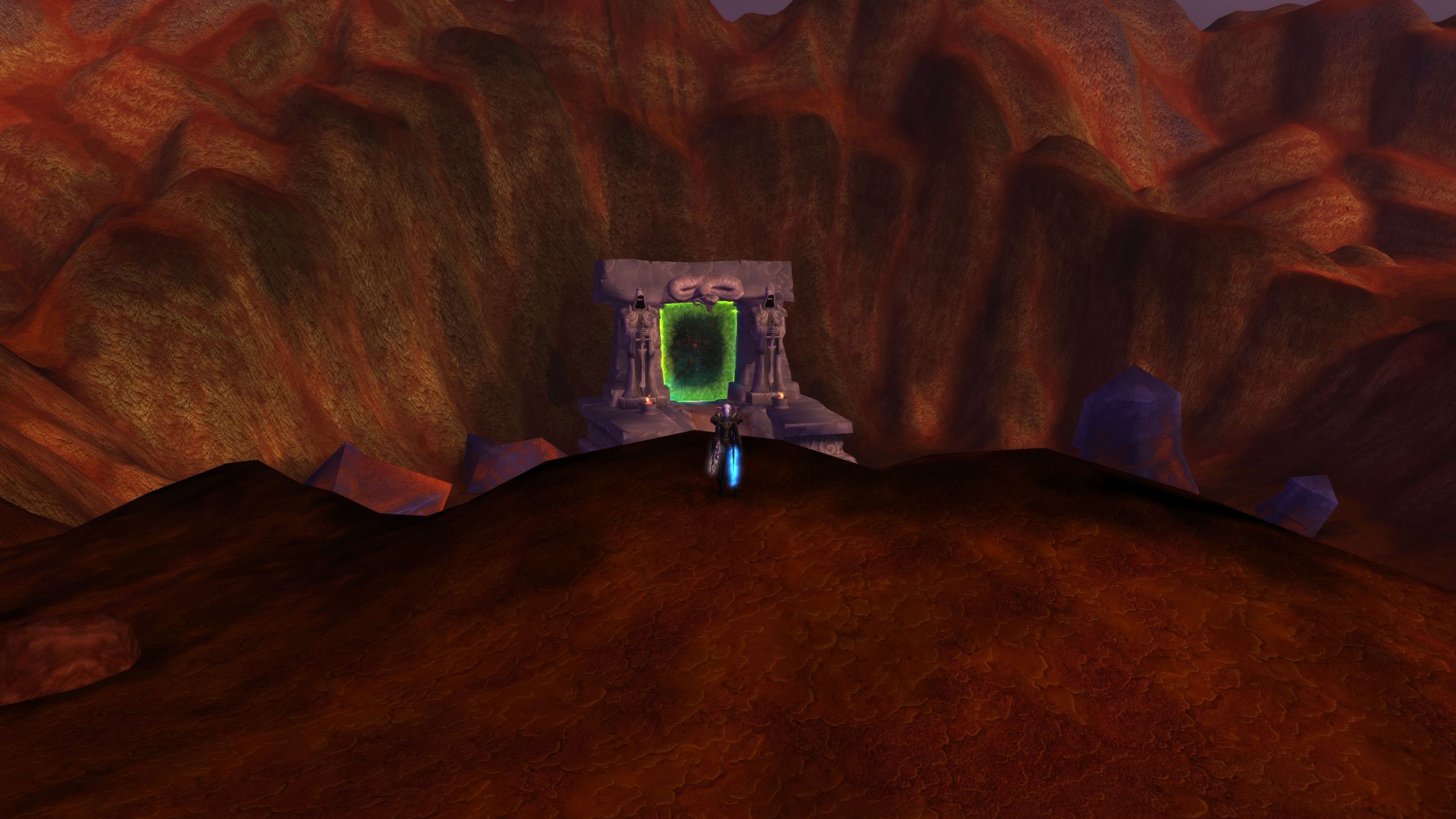 The first thing want to mention, other than The Burning Crusade Classic has been available since Wednesday 2nd June, is that the guild I am part of, Inspire, needed to be remade and is now called ‘Inspired’. This was because during the pre-patch, before the launch of The Burning Crusade, the guild leader (and main raid leader) ‘disappeared’. I have learned from guild officers that the then guild leader (Warriodude aka Pallydude) wanted to step down, which of course is fine, but for whatever reason didn’t say his goodbyes to the wider guild and did not transfer control. Because of this the remaining officers were forced to choose a new leader for the guild which will be Bubbel and new raid leaders which will be Nefertity, Mexcoo and Kyra. Bubbel, Mexcoo and Kyra have been with the guild for a very long time and I am sure they will be great, Bubbel especially has shown that she can organize and keep things moving. Nefertity hasn’t been with the guild too long but seems very knowledgeable about the game and will make an excellent raid leader. Most of the guild has transferred their characters from ‘Inspire’ to ‘Inspired’ and it looks like the transition has gone well, thanks to Bubbel and all of the other officers. I can’t speak for everyone in the guild but despite all of this, I hope Warriodude is well and I hope he will decide to play WoW with us again. If you ever read this Warriodude, thank you for what you did for Inspire during Vanilla Classic and thank you for helping me become a better player, even a better gamer.

Back to The Burning Crusade and on an individual level, I have had an excellent start to my Burning Crusade adventure. My goal to reach level 70 was to average 1 level per day thinking that some days I would get 2 levels, other days I would get 1 level and some days I wouldn’t level my character at all. I thought that this way by the 10th day I would have achieved the first step in what I hope to be a successful Burning Crusade campaign. As it turns out I reached level 70 on the 9th day, the 10th June, beating my goal by 1 day and was the 14th level 70 in my guild, plus the 1st rogue. I happy with this result, especially as of the 9 days it took me to reach level 70 over half I had full-time work. The best part about my levelling experience is that I have appeared to have joined a small group of extremely nice and kind guild members who let me complete dungeons with them and are generally supportive of each other with their Burning Crusade goals. Eremir, Bella and Mufka (Cesmina) are fast becoming good friends in World of Warcraft, Mufka in particular has become a dear friend to me outside of the game. I find it difficult making friends, but these people have been extraordinary. I hope that as a team we will continue to support each other and have many more adventures together clearing dungeons and raiding. Here is a video of when I was level 65 with Eremir and other guild members completing a dungeon.

Now that I am level 70, the hard work can begin in getting attuned for the Karazhan raid, heroic dungeons, and generally gaining reputation with a variety of different factions for items and alchemy recipes. Because there is so much to do, I have created a rather large ‘to do list’ with everything I can think of. As before I will add to it as and when I have more goals.

I will need to create a ‘wish list’ of the items I want in phase 1 of The Burning Crusade and since our loot system has changed from EP/GP (Effort Points / Gear Points) system to a loot council system, I will need to provide most of that list for the guild officers to see via ‘That’s My BIS‘ which will feed into the loot system and reward me (or not as the case may be) accordingly. I am not ready yet to blog about my wish list, I will need more time to give it some thought, however the information I will be using about the best items for my rogue in phase 1 can be found here.

It has certainly been a more exciting month of World of Warcraft since my last update, this time last year however I was having a lot of fun showing off my Primal Blessing set, something which is quite unique to World of Warcraft. Moving forward I hope to continue playing with my friends Eremir, Bella and Mufka as well as my other guild mates to cross off items on my ‘to-do’ list and begin farming heroic dungeons for the gear that they offer.