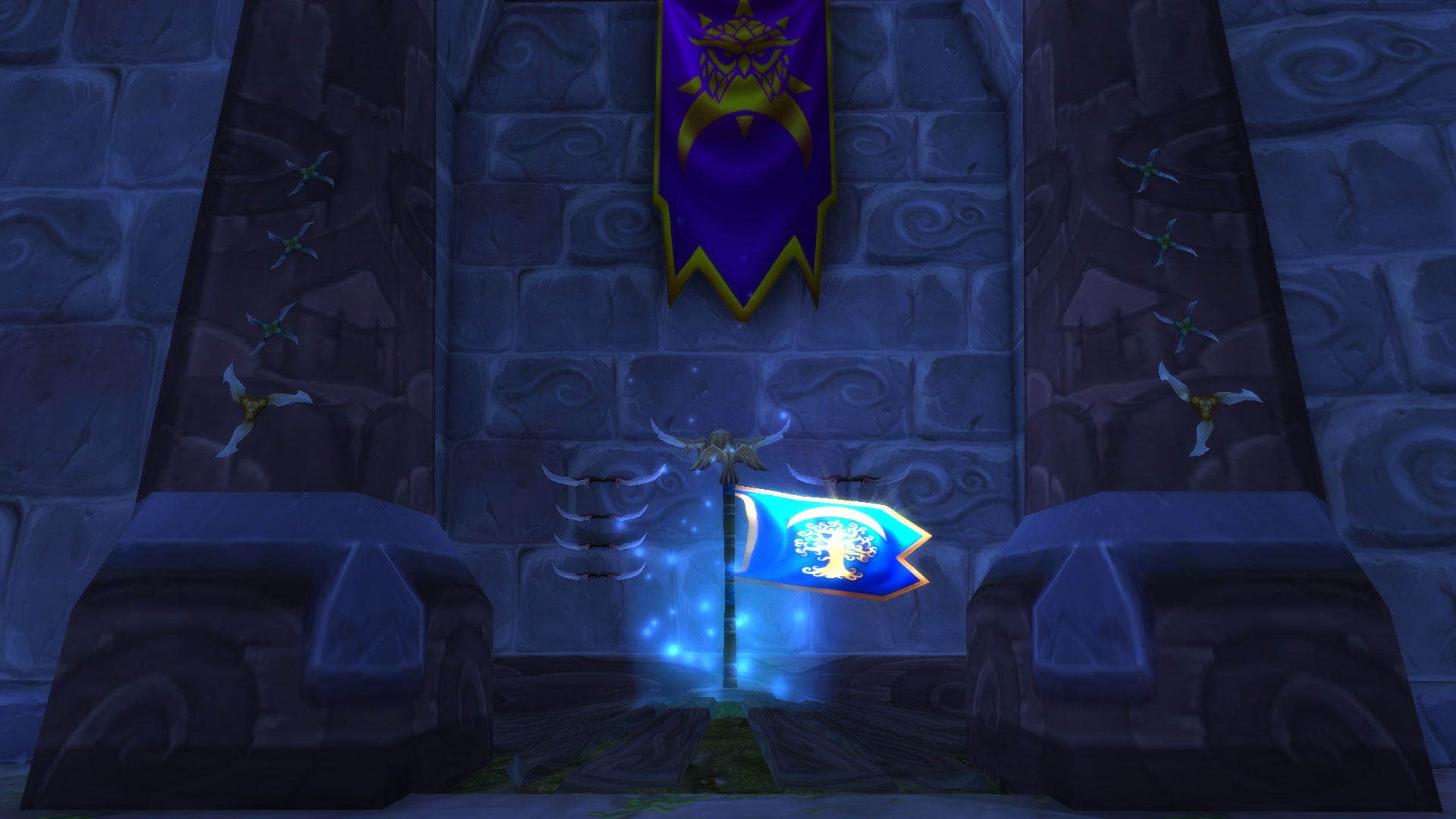 In my WoW: Arathi Basin post I said that I would endeavour to write about the Warsong Gulch battleground. Warsong Gulch is the first battleground to be released in WoW (World of Warcraft) 15 or so years ago. Because of this, Warsong Gulch has some of my first PvP (Player vs Player) memories as a level 30 – 40 druid where I needed to make my way to the Ashenvale battleground entrance (There were no battle masters at first) to queue for 20 – 40 minutes at a time to get a game. Here is the original video Blizzard Entertainment created for Warsong Gulch.

Warsong Gulch is a very simple 10 vs 10 capture the flag game, the first team to capture 3 flags, wins. To do this a team must take the enemy flag from the enemy base where they started and take it to their own base. If an enemy has your flag, you can return it to your base by killing them and clicking on the flag before another enemy player. I have won and lost countless games of Warsong Gulch and have established that there are numerous ways to win the game but, in my opinion, the most effective way is to try and control the middle of the battleground. Doing this makes it easier to react to either defend an ally who has the flag or kill an enemy who has your own while making it more difficult for your opponents. 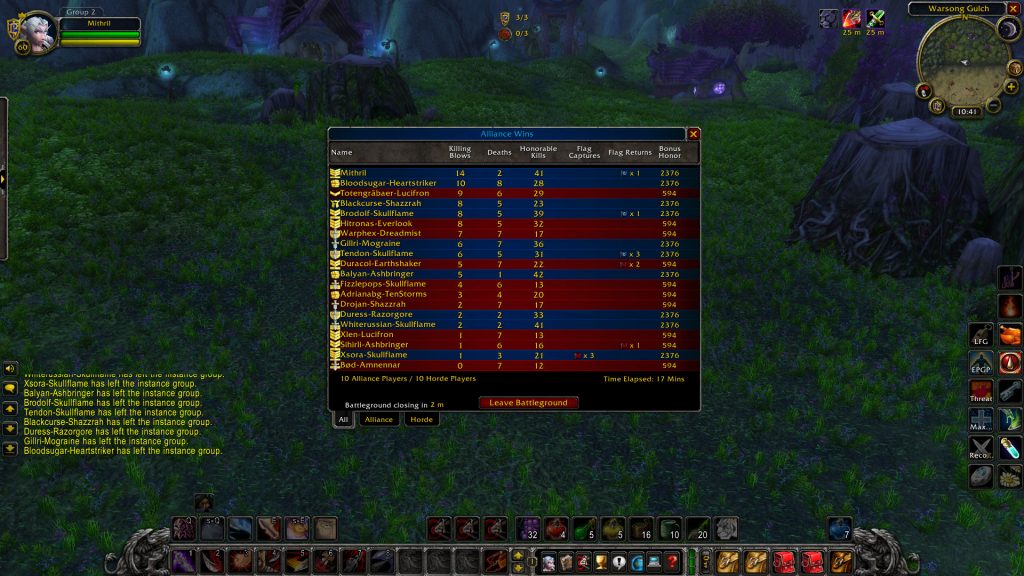 Here is a video I made of a Warsong Gulch match. I feel as though my video editing skills are slowly getting better but the actual capture and/or rendering of the video could be improved. Something for me to think about when I create more videos for my blog.

Like with Arathi Basin, there is a PvP faction, Silverwing Sentinels for the Alliance and Warsong Outriders for the horde. Silverwing Sentinels is by far my most favourite faction and have my favourite tabard. It’s not easy for a casual player, but I will attempt to play enough matches in order to reach exhaulted reputation and earn the tabard over a long period of time.