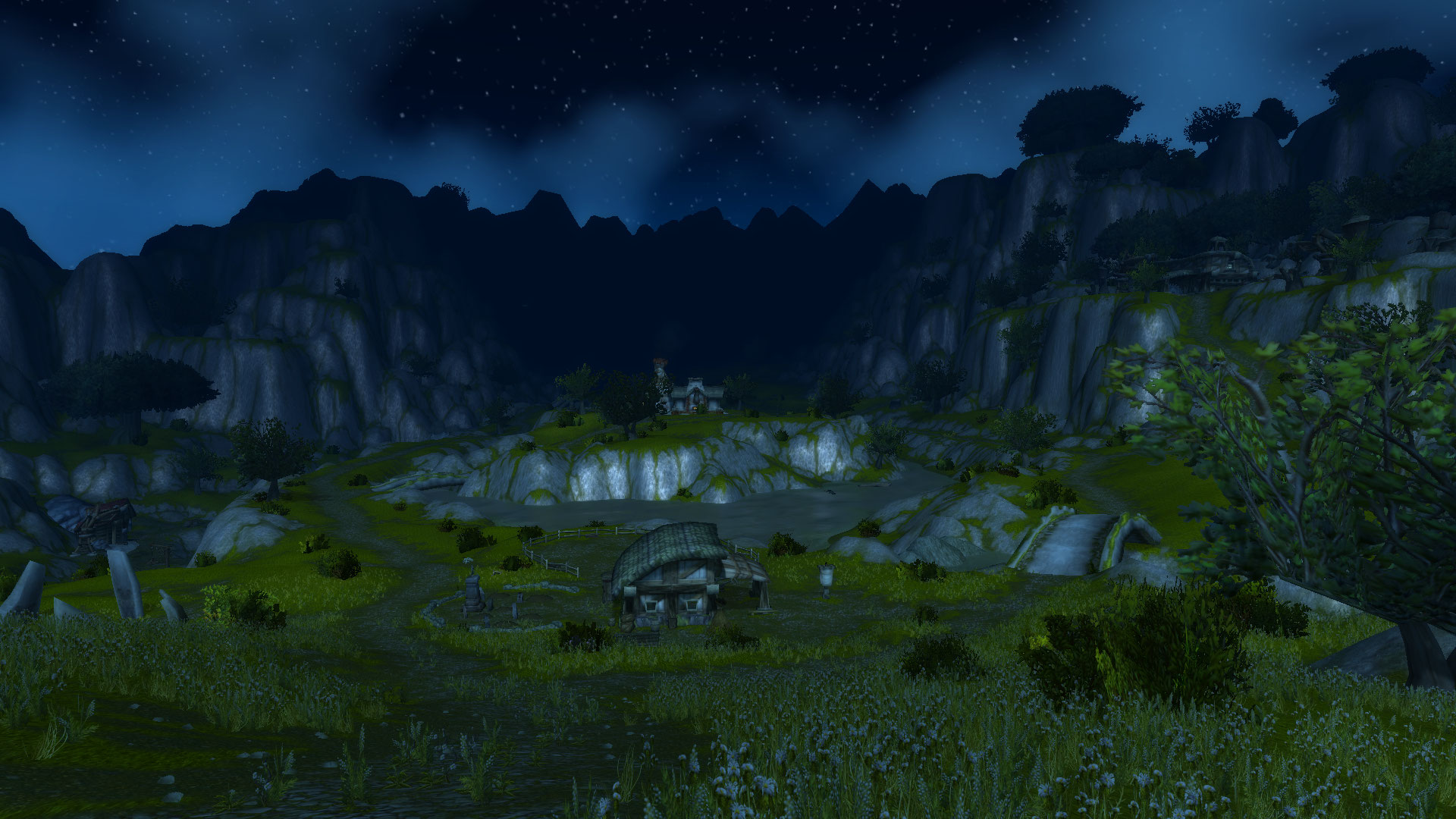 Arathi Basin is located in the Arathi Highlands zone of Eastern Kingdoms and is a 15 vs 15 king of the hill type of battle. The Alliance and the Horde battle for control of 5 bases (Stables, Gold Mine, Lumber Mill, Blacksmith and Farm) which provide resources for the war effort. The team which reaches 2000 resources first wins the match. For the Alliance there is The League of Arathor NPC (non playable character) faction and for the Horde The Defilers.

I have a copy of the original Arathi Basin PvP trailer produced by Blizzard Entertainment in or around 2004 and have uploaded it to youtube.

There are many strategies to win an Arathi Basin match. Some believe holding the Blacksmith located in the middle of the map holds the key. Others believe playing a defensive match once your team has captured 3 bases is best. My favourite way to to win Arathi Basin to to play offensively, even when your team has more bases. This usually forces the opposing team to defend, even when you have the advantage. As they say, ‘the best defense is a good offence’.

Over the years I have won and lost countless Arathi Basin games. I have found that there is no single superior strategy to win. Simply hold more bases than your opponent for more than half of the duration of the game and you will win. React quickly as a team, defend and fight for the flag of each base, use crowed control (stunning/immobilizing enemy players) and you will most likely win. Here is a recording of me playing a game with my Rogue. As a side note, this is my first ever public Youtube video.

Moving forward, I plan on continuing to casually PvP and maybe even reach exhaulted status with The League of Arathor. I will also endeavour to write about the other two Classic WoW battlegrounds, Warsong Gulch and Alterac Valley. Classic WoW PvP has been a very different experience than Vanilla WoW which is something I also feel compelled to write about.