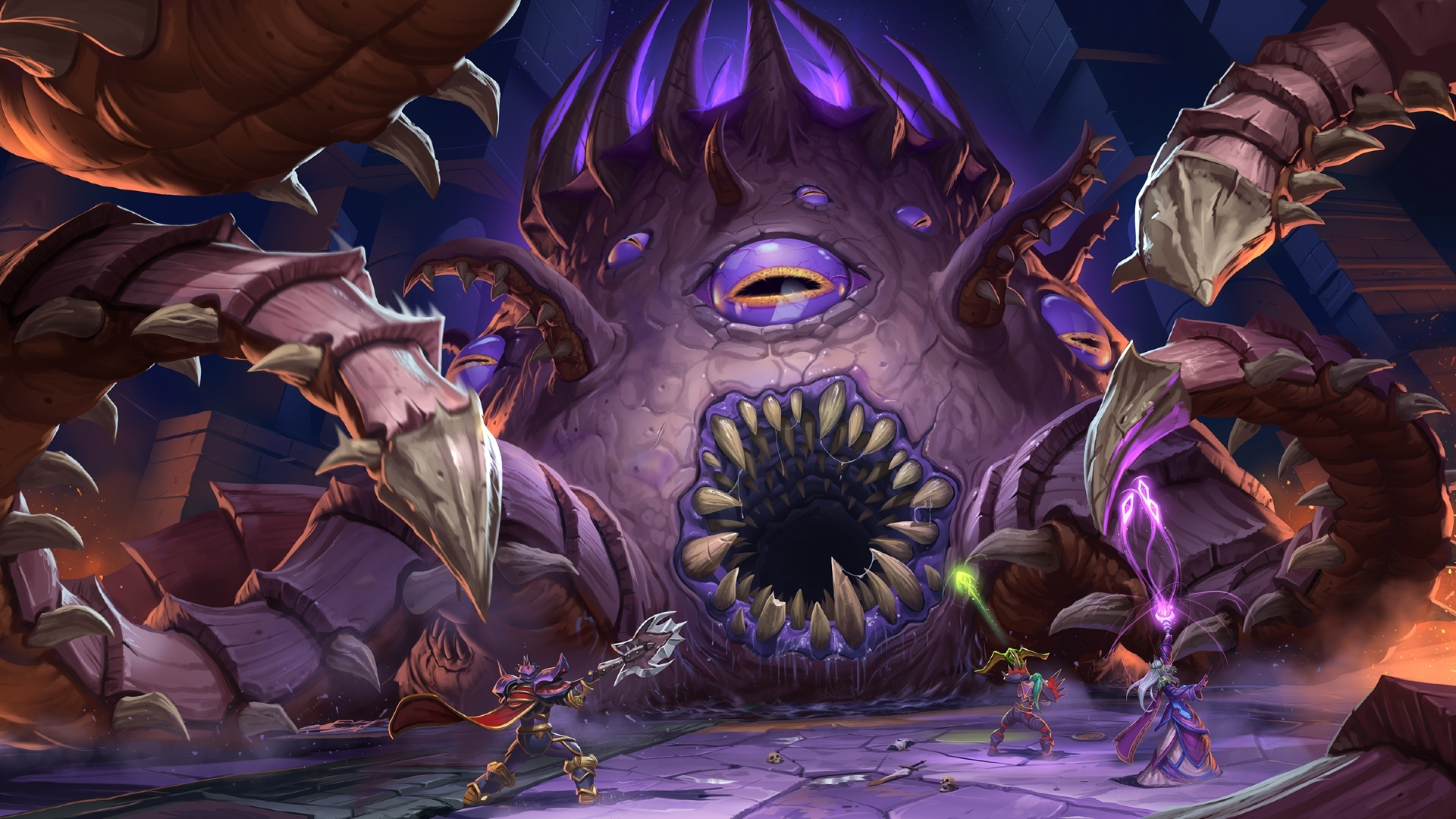 As with most of the other raids in Classic WoW, it has taken me a long time to share my thoughts on the Ahn’Qiraj (known as AQ40) raid which was released back in July. Thankfully, Ahn’Qiraj is harder than any of the other raids in Classic WoW so far, it took my guild several weeks and multiple attempts to kill some of the tougher bosses, such as Viscidus and C’Thun. While it is harder, I still find that it is still disappointingly easy, with only Naxxramas left for Classic WoW, I really hope to have a challenge to finish my Classic WoW experience.

Here is a video I made of my guild and I clearing Temple of Ahn’Qiraj in September. My favourite video however is when we killed the final boss, C’Thun, in August, which I shared as part of my WoW: September Update post.

Also, as part of my WoW: September Update post, I featured a screenshot of the guild and I after killing C’Thun for the first time. It really was a momentous and great moment for everyone, and probably the best screenshot I have ever taken in my World of Warcraft ‘career’. Everyone was so happy to have been part of he guild’s first C’Thun kill, and because it was such a joy to have been there, I want to share the screenshot a second time. 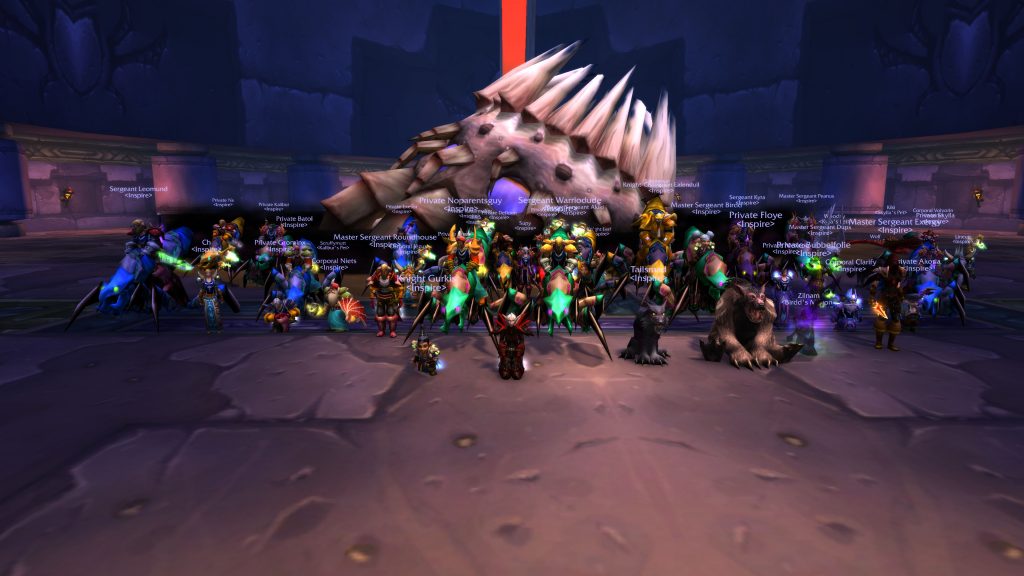 There are a number of reasons why I haven’t enjoyed raiding Ahn’Qiraj as much as some of the other raids. Ahn’Qiraj can actually be kind of expensive, after you factor in the usual consumables, players need to bring with them multiple Greater Nature Protection Potions, Greater Shadow Protection Potions and Greater Arcane Protection Potions which altogether can add up to a fair bit of gold (the in-game currency). Inspire guild does what it can to help out and gives out free potions as much as possible, but there is a limited supply. Another reason is that it frustrates and even angers me when players show up and are not properly prepared. I end up having to hold my tongue and find myself bottling up negativity, which I could do without. Also, I actually don’t like most of the items available, most of it is pretty ugly, it’s foolish of me to look at it that way, but I can’t help being a casual care bear.

As part of taking a break from Classic WoW, I have avoided Ahn’Qiraj for a number of weeks now. I do intend on returning there to assist my guild where possible, but for now I am finding it beneficial to just attend 1 raid night per week, where as before I would have raided perhaps 4, possibly even 5 times a week, risking burning myself out and not enjoying the game.