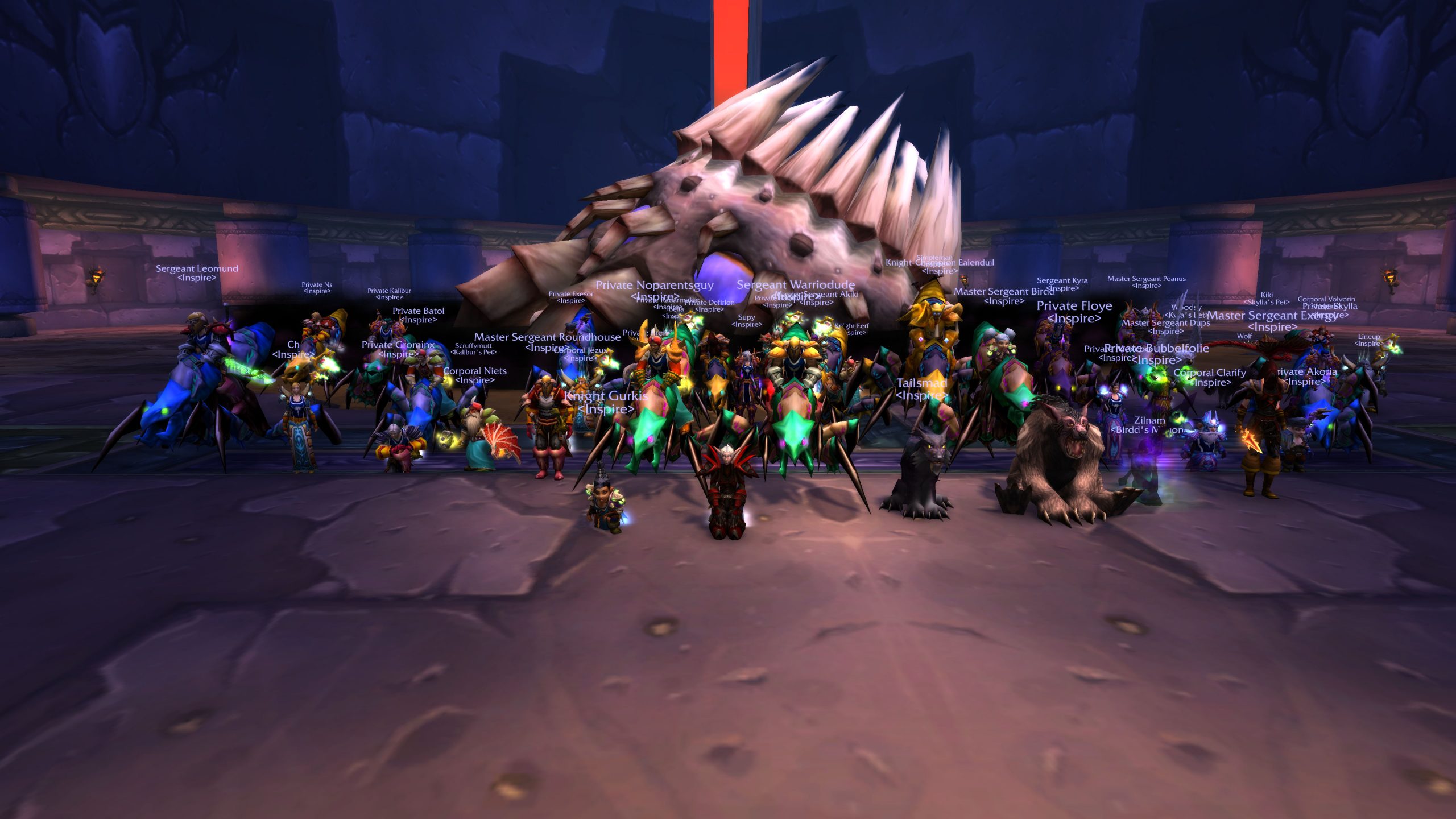 I am feeling much better about this WoW Classic update and feel as though a lot has been achieved with personal and guild progression. I have consistently cleared the Blackwing Lair raid with my guild but as a guild we have taken a step back from Molten Core by killing only two bosses, Garr and Baron Geddon which hold Bindings of the Windseeker. Honestly this has suited me fine, even though I still need Band of Accuria from Ragnaros, it has saved the guild time to focus on newer content, namely Ahn’Qiraj. With us now able to clear Ahn’Qiraj on one raid night, it may even be possible to go back to clearing Molten Core in full again.

As a reward for not having any loot for quite some time, I had enough PR (priority) to be awarded an Ancient Qiraji Ripper which drops from Fankriss the Unyielding in Ahn’Qiraj. I believe this makes me the first person to have one in the guild, which is nice, but I hope everyone else who wants it will get one soon. It’s quite ugly, but statistically better than Chromatically Tempered Sword which I had wanted for a long time. With new loot available, I have updated my wish list below but have decided to leave off the new Deathdealer’s Embrace set for now. I still want to complete the Bloodfang Armour set and will probably just use that until the Bonescythe Armour set is available in phase 6. My reasons for this are simply because I have already invested so much time and effort in completing the Bloodfang set, but it will also help free up priority on other items I want even more and provide a bigger upgrade.

Maladath, Runed Blade of the Black Flight (Off hand weapon)
Warblade of the Hakkari

This is not all about personal progress, Inspire, my guild, have been successfully farming Ruins of Ahn’Qiraj on a regular basis and, perhaps more importantly, have twice fully cleared the 40 player raid including ‘optional’ bosses. I am so proud to have been part of this milestone that I have chosen a screenshot I took of myself with guild members who participated in killing C’Thun for the first time.

As mentioned in my previous WoW update, I have made changes to my ‘to do’ list to include new reputation factions and Darkmantle Armour set, much of which I can cross off already. Having got 300 skill in fishing, all of my rogue sills, including weapon skills, are 300/300.

Perhaps the most exciting thing going for me in Classic WoW right now is that my guild mates have been helping me complete the Bang a Gong! questline. After speaking to one of my guild leaders, Warriodude (aka Pallydude), he agreed to award me with Head of the Broodlord Lashlayer to get me started and has been instrumental in helping me gather fellow guild members to get me as far as I have in the questline. There is still a lot for me to do and will require a lot more help from my guild, but, if I am successful I will walk away with Recipe: Dirge’s Kickin’ Chimaerok Chops, Ravencrest’s Legacy and Drudge Boots along with 1 or 2 other items.