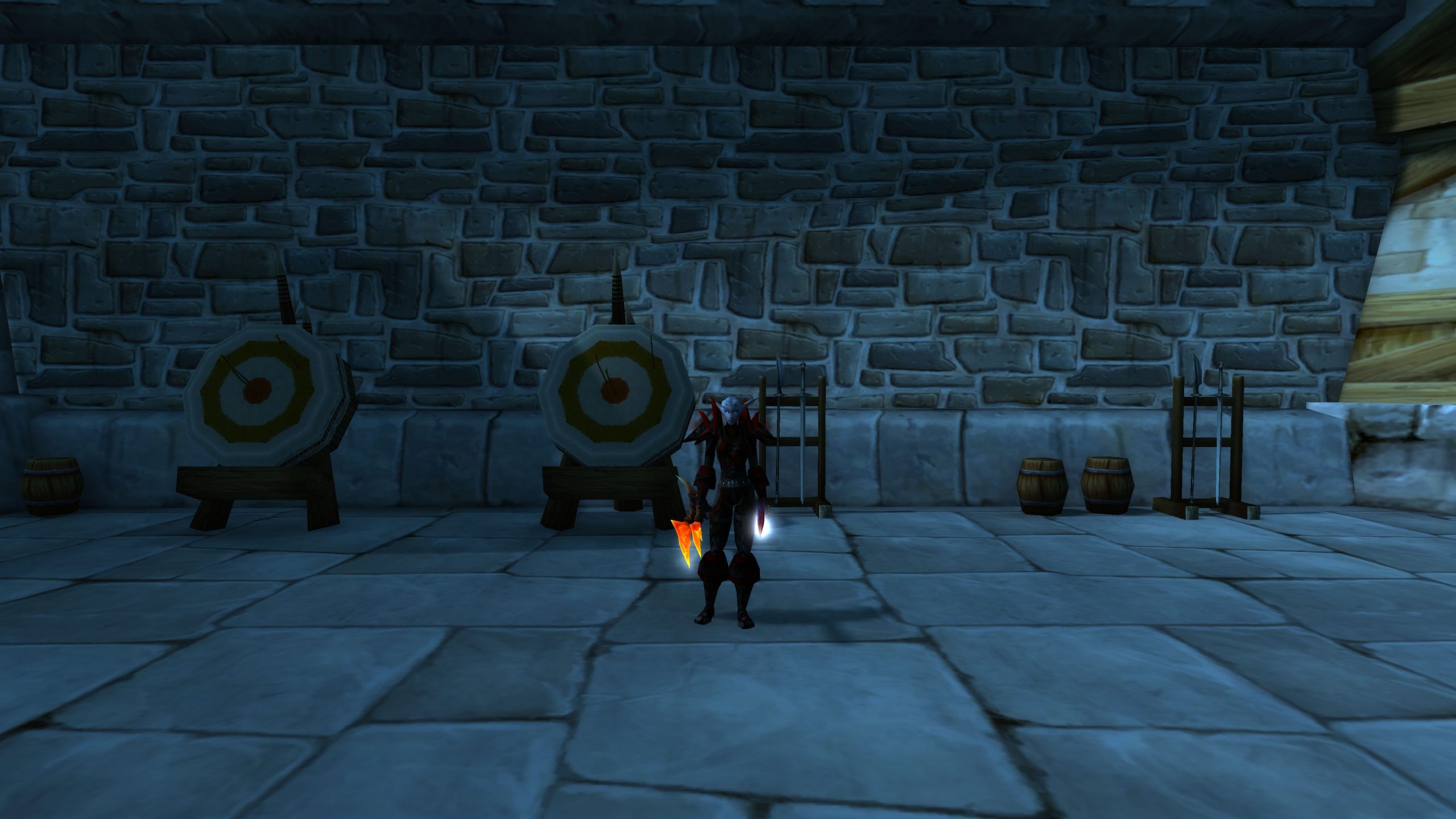 My monthly Classic Warcraft update is much later than usual this month, this is because for quite some time now I have been very busy and unable to spend as much time as I would like playing. On a personal level, I have made so little progress, it’s almost not worth having an update.

As was in last month’s Classic Warcraft update, I have not been able to cross anything off my wish list. With my guild I have cleared Blackwing Lair and Molten Core each week consistently but none of the items below dropped from the bosses we killed. The Drake Fang Talisman did drop on one occasion since my last update but it was given to a tank as priority. Even if it wasn’t, I didn’t have enough priority to be given it over guild members who have been waiting for loot longer than I have. With the gates of Ahn’Qiraj opening on Thursday, I shall need to update my wish list to accommodate the new loot available.

While it’s true my personal progress has been almost non-existent, the same can not be said about my guild. One of the officers, Kyra, took it upon himself to complete the Scepter of the Shifting Sands Quest Line before the gates open. This is truly a colossal quest line involving clearing raids and ultimately collecting 41,400 Silithid Carapace Fragment’s from enemies in Silithus, taking the guild well over a week to acquire. I regret not playing a more active role in helping Kyra, and the guild, for completing this. Ultimately I spent a little less than 2 hours collecting fragments, where as other guild members were able to spend days (literally) collecting them. I am pleased I helped out a little and was there when our guild killed the last two raid bosses, Eranikus, Tyrant of the Dream and Maws.

Here is Kyra completing the quest line and obtaining Black Qiraji Resonating Crystal (Qiraji mount) and Scarab Lord title. Between killing these bosses, one of our guild leaders gave a short and emotional speech about how proud he was of our guild. I do not wish to embarrass him with the recording, but he said. “I’d just like to thank everybody that got involved with the guild and Kyra to get the scarab quest line chain completed. Although, of course it’s Kyra that benefits from this and he gets his mount, it’s also for Inspire. We can say that together as a guild we accomplished something that most other guilds of our size would never have managed to have done. It is a feat of its own that we have done what we did. The grind, of getting all of the fragments, the grind for the dragons, everything that we have done is a great great great achievement for Inspire. We did it by soldiering on and we came together as a great community that we are and I am extremely proud of your all, words simply cannot express how proud I am of this guild. It certainly seemed that it would be a monumental task to complete from day one, where we got something like 400 fragments on the farm. A lot of people were pretty discouraged but we still gave it our all. I love this guild, and I love everybody in this guild, I consider you all a very good friend and I hope that we stay strong, as we are now throughout the upcoming content that WoW classic has to offer. Here’s to our new scarab lord, Kyra, Congratulations.”

In this Classic Warcraft update I must mention my complete failure to achieve anything on my ‘to do’ list. Not only did I not reach PvP (Player vs Player) rank 9, I was demoted from rank 8 (Knight-Lieutenant) to rank 6 (Sergeant-Major). As previously mentioned, I just have not had the time to play and have made little or no progress on getting Argent Dawn reputation or even getting 300 in fishing. As with my wish list, my to do list will probably need updating when I am finally able to set foot in Ahn’Qiraj. I think I should remove my PvP objective, I simply do not have the time, or appetite to pursue it right now.

In terms of personal progress, this has been the worst month of Classic World of Warcraft, but, there has been so much achieved by my guild. I couldn’t be more proud or more happy for them. Moving forward, with all the opportunities that await, I am certain that I will achieve more progress before my next Classic Warcraft update.