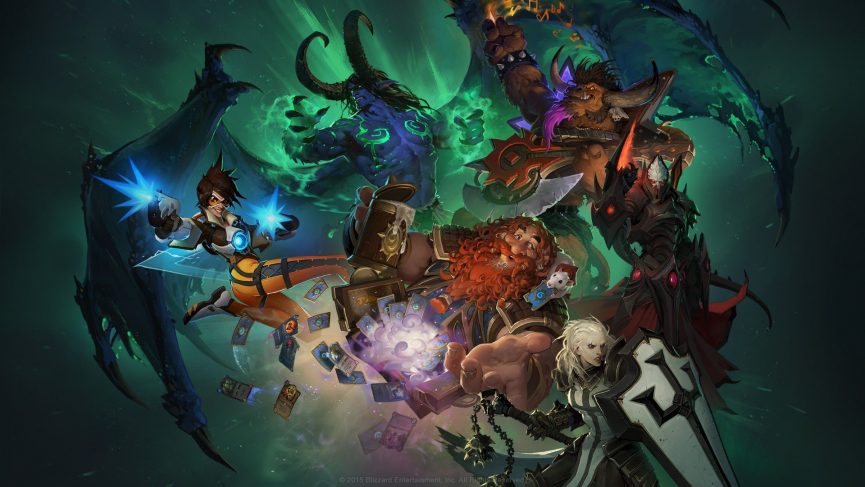 As with last year, for me, the countdown to Blizzcon 2019 has begun. This year however, I am not as excited as I once was and I am not even sure if I will be buying a virtual ticket to watch the event unfold live.

Readers of my blog may remember how how disappointed I was with the main announcement at Blizzcon 2018, but more than that, there has been a lot of controversy surrounding Blizzard lately. Most recently, Blizzard has banned a professional Hearthstone player from participating in Blizzard backed Hearthstone tournaments for a year, effectively ending his career. They have also held on to his prize money for the most recent tournament because in a post match interview he openly supported the struggles of the pro democracy demonstrations in Hong Kong. I believe they also sacked two of the casters.

For anyone who knows anything about Blizzard, it is obvious why they did this. Blizzard, now largely owned by Activision, has been working hard to tap in to the Chinese video game market. This was first made clear when they announced the hugely unpopular Diablo Immortal mobile game (the source of many disappointed Blizzard fans) last year. I am lead to believe that the Chinese mobile game market is massive and is most likely the reason Blizzard, who traditionally produce PC games, have decided to make a mobile game which 99% of their core fans do not want.

I want my blog to primarily be a space for me to document my passion for gaming and share my experiences with anyone who cares to read about them. But it would be remiss of me not to mention that I fully support the people of Hong Kong in their struggle for democracy, possibly the only good thing to come out of British occupation after the opium war. I also condemn the actions Blizzard have taken in this matter, although I am very proud that some Blizzard employees staged a walk out of the head office in Irvine, California, and stood around a symbolic orc statue which is famously surrounded by plaques with the company core values. One plaque reads ‘Every voice matters’ which they covered up since it did not apply to Blizzard that day.

Ever since Blizzard effectively merged with Activision and since Mike Morhaime (co-founder and former president of Blizzard) stepped down, the magic that once captured my imagination has rapidly diminished.

Thankfully there has been a big push to re-release classic titles. Classic World of Warcraft is a very close if not identical version of the game I literally fell in love with in my late teens. Starcraft Remastered and Warcraft III Reforged are also very interesting, but I worry that I may never see a new title from Blizzard that will offer the same highly polished exciting experience I crave.

I am deeply hurt by how far Blizzard has fallen in my estimation this passed year or so. For years now their games have inspired me and have provided me with much needed escapism. It may sound overly dramatic but I am not sure I would even be here if it weren’t for the games I could use to escape during the darkest and most lonely times in my life. I can only hope Blizzard will go back to trying to change peoples lives for the better and will remember their own quote:

“Never accept the world as it appears to be. Dare to see it for what it could be”