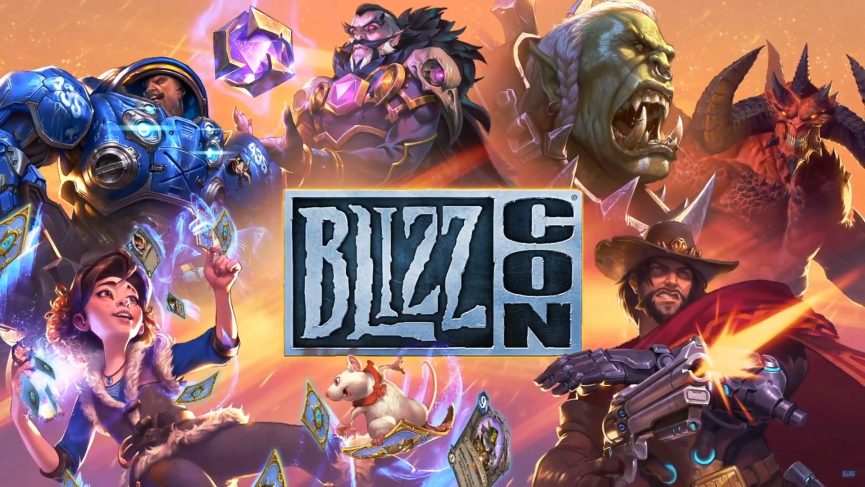 For me, the countdown has begun for Blizzcon 2018 which starts this Friday. At the beginning of the month I spent £34.99 on a Blizzcon 2018 virtual ticket and £47.70 on a Blizzcon 2018 goody bag which arrived earlier this week. I had work commitments which meant I could not watch or take part in Blizzcon while it was live but I was going to rely on the catch up facility and try and to avoid all the news.

Things have changed at work so I have booked Friday plus the following Monday and Tuesday off work so I can thoroughly enjoy the event and play some of my favourite Blizzard games with time to recover. To say I am excited would be an understatement.

The digital ticket allows me and other ticket holders to view the event live. There is a schedule which include the opening ceremony, finals to tournaments for all Blizzard games, panels who will discuss announcements and the future of the games they are working on and a closing ceremony, which last year featured the rock band Muse. Also included is some digital items which span across all of their games, this year for World of Warcraft is a cloak skin, which I don’t like that much, but also a cool in game banner which I use from time to time.

This years goody bag features a variety of collectable items across all Blizzard games;

I am particularly happy to have the StarCraft 20th Anniversary Pin. This year marks the 20th anniversary of Starcraft and I have been playing the game for all 20 of those years. I remember playing a demo of Starcraft, it might have been some kind of PC gamer magazine demo and I instantly fell in love with it. I played the demo over and over again until for my birthday I was given a copy of the full game, about a year later the expansion was bought for me along with the Prima Strategy Guide for the game. At some point I will be writing a lengthy post about my history of Starcraft and share my observations over the years.

Also around 20 years ago I played Diablo, on the Playstation in a card shop with a man called Fred – sketchy I know! Following this I found out that the game was available on the PC (and is in fact way better than the Playstation version). This was my first dungeon crawler experience which lead to me playing a lot of Diablo 2 online before World of Warcraft was released. This Friday there will be a huge announcement regarding Blizzards’ plans for the future of Diablo. I believe they will announce a new expansion for Diablo 3 which would be amazing! Some say that they may even announce Diablo 4, which I doubt, but we shall have to wait and see. Like with Starcraft, I will at some point be writing about my history with Diablo in more detail and share some of my observations.