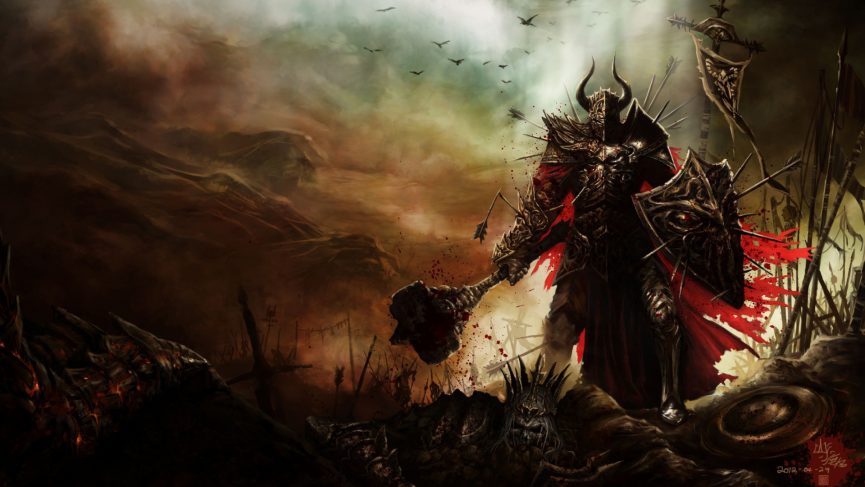 While season 17 for Diablo III is still in full swing, my season has come to an end. Over the past few weeks I have been playing very little and have lost the drive to keep playing.

This has by far been my most successful Diablo III season to date and I did it all in hardcore mode. Hardcore is where if one of my characters were to get killed it would be permanent and I would need to start over, something I needed to do early on in the season.

As you can see from the screenshot below, I reached level 800 paragon and have 5 (still living) characters which total more than 105 hours play time, mostly on my wizard. 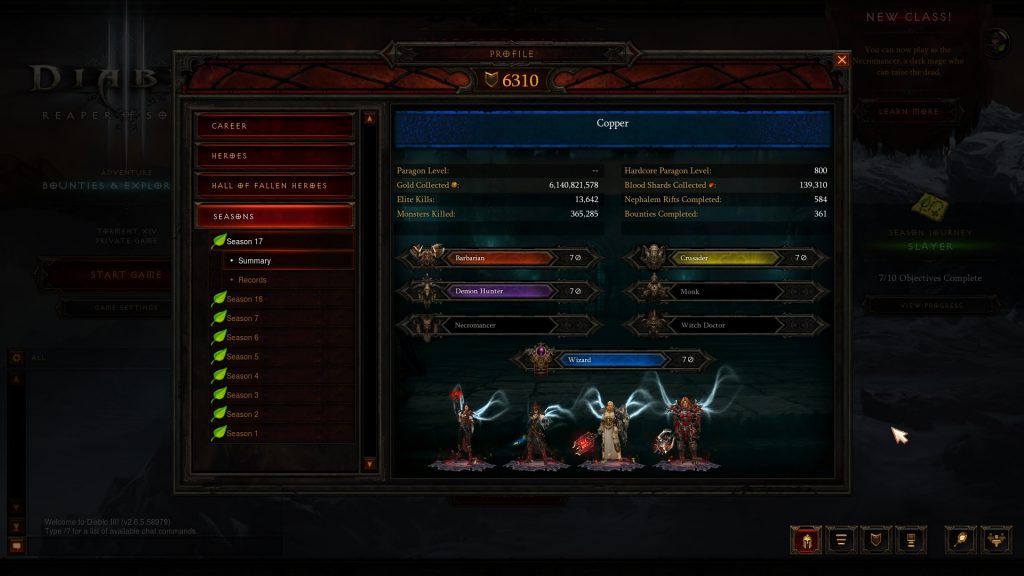 I am most proud of completing greater rift level 81 on my wizard. There are many players who would consider that quite low but I am still proud, especially considering I have been playing hardcore all season completely solo. You can see from the screenshot below that I also achieved level 51 with my demon hunter, 45 with my barbarian and a token level 22 with my crusader. 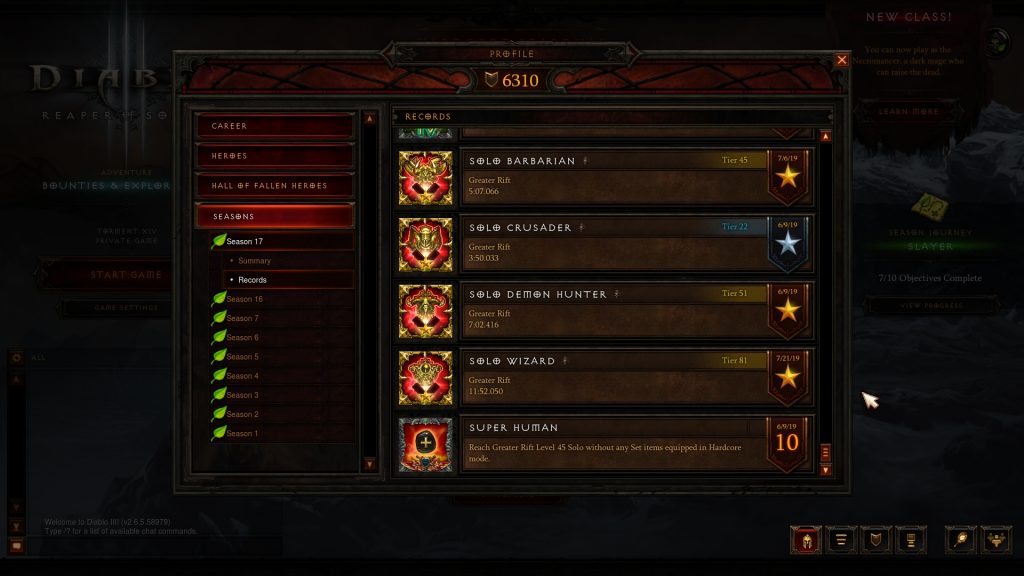 I recorded my level 81 greater rift attempt with my wizard and have uploaded it to YouTube. I think that I could probably beat my record but have decided not to risk it and finish season 17 on a high. If you are interested in learning how I play my wizard and what items I used to compliment my ‘build’, contact me and I will happily share with you.

In the early days of season 17 I had an enormous amount of fun, yet, I do not know if I will get around to playing season 18. If I do, I doubt that I will be able to beat my records this season unless there are some drastic changes which make the game seem like new again. Honestly though, I am hoping for the announcement of Diablo IV or at the very least another expansion for Diablo III later this year, something I half expected to be in the last set of Blizzcon announcements. But like many other fans, I was left disappointed by the announcement of the mobile only game, Diablo Immortal.