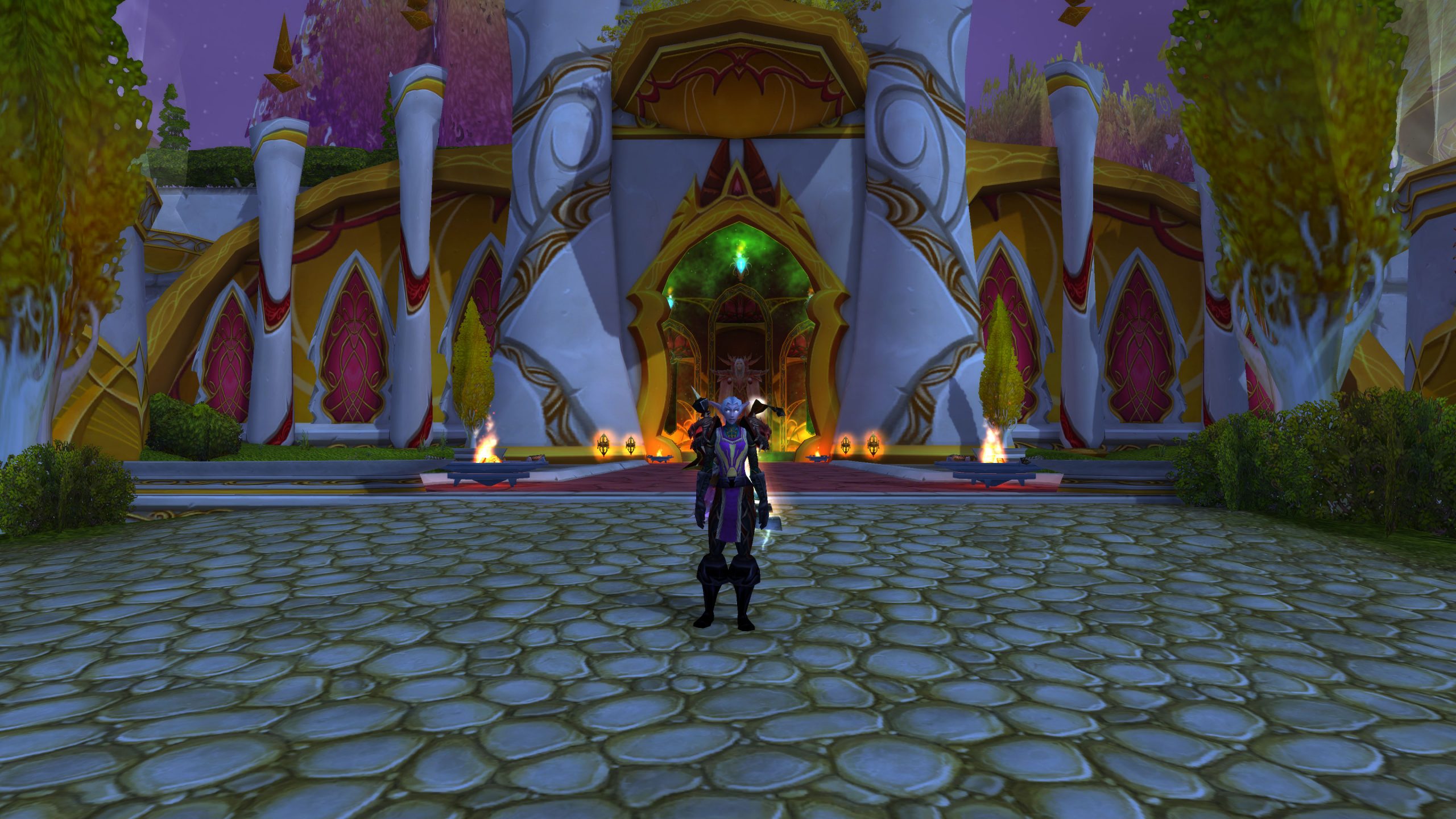 Returning to Classic World of Warcraft

It has been nearly 7 months since I made a post about quitting Classic World of Warcraft but about 2 weeks ago I started playing again. When I stopped playing, my guild mates and I were working through the Serpentshrine Cavern (SSC) and Tempest Keep (TK) raids. Completing these raids would naturally have attuned players to raid Mount Hyjal and then later on Black Temple. Because I returned just a few days before the release of the last raid for the The Burning Crusade expansion (Sunwell Plateau) I have more or less completely skipped raiding both Mount Hyjal and Black Temple. I didn’t even get attuned, which is thankfully no longer required, but it would have been fun to complete.

Luckily a lot of my former guild mates are still playing. There are, as I expected, some new people in the guild, who all seem nice so far, but a lot (sadly not all) of what I would like to consider as the core members of the guild have remained and I have been welcomed back with open arms. I didn’t know what to expect when I logged in, I wasn’t sure if I would still be in a guild and if I was I wasn’t sure if I would recognise many of the people there. My rank as ‘veteran’ has been reinstated and I have been taken to several Zul’Aman raids, a single Black Temple raid and even a Sunwell Plateau progression raid. I have been given these 5 pieces of loot which I probably don’t deserve, they are:

Since returning I have spent a lot of time trying to catch up and I am starting to feel like I have made some progress. I am now exalted with Kurenai, Sporeggar and The Consortium, however I am still only revered with Keepers of Time. During my 6 or so months away from Classic World of Warcraft new factions have become available. There is Sha’tari Skyguard and Ogri’la which I could do on my own but I seem to remember Ogri’la being a particularly annoying faction. The Scale of the Sands would have been a very easy faction to get exalted if I was playing when Mount Hyjal was the current raid, as far as I know there is no other way to get reputation with them other than killing things in the raid. And finally while technically Ashtongue Deathsworn is a faction which existed since the start of The Burning Crusade, the vast majority of reputation gains are from killing enemies in the Black Temple raid. Shattered Sun Offensive has just become available and is quite an easy faction to get exalted considering how many daily quests there are for them. I hope to get exalted with Sh’tari Skyguard and Shattered Sun Offensive with a possibility of getting exalted with Keepers of Time and Ashtongue Deathswon if I am lucky, but Ogri’la and The Scale of the Sands seem very unlikely. My fishing skill is still only 339/375 and it would be nice to end the expansion with a nice set of gear, rather than my current mish mash of items which aren’t very good. Perhaps more important than all of these things however is to prepare for the next expansion, Wrath of the Lich King.

I do not know yet if I will return fully to Classic World of Warcraft or whether I will give a monthly update or set goals for myself. I think I would like to play Wrath of the Lich King, it was an expansion I enjoyed and it is when I seriously started to play the Tank role. Perhaps I will create a new character, a warrior, and try to find my tanking shoes again. Whatever I decide, for now at least, it’s nice to be playing this game again and best of all to be part of the Inspired guild community.