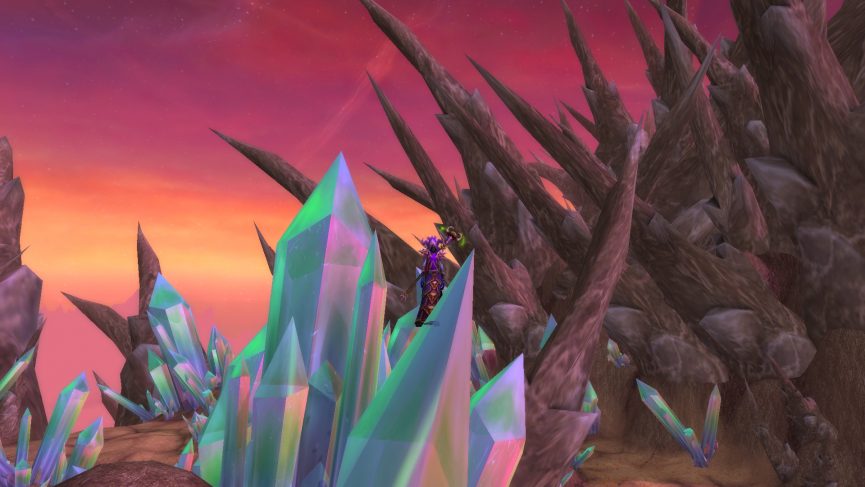 If there are any regular readers of my blog, it will be obvious that I have not been playing any World of Warcraft lately. My last WoW post was back in January, just before the last major content patch which introduced the Battle of Dazar’alor raid. Shortly after my last WoW post, I wrote on my guilds forum that I will be taking a break and that I have every intention of coming back to the game eventually.

I have had a lot of time on my hands recently and decided to try out the game again to see if it was time to return and further my progress. I decided to focus on a number of lose ends I have in the game, I still want to reach level 120 with my mage and want to level up my relatively new warlock, Khorium, who I introduced back in December.

Part of the idea of levelling up Khorium was to complete a number of quest achievements. I think I made good progress by completing Cape of Stranglethorn, Western Plaguelands, Eastern Plaguelands (and associated full caravan) achievements which in turn gave me the Loremaster of Eastern Kingdoms achievement. While completing these achievements Khorium had exceeded level 60 so I made my way to Outland and completed ‘On the Blades Edge’ achievement. This achievement took what seemed like forever and I really struggled to stay motivated.

In addition to playing Khorium, I also levelled my mage from 112 to 115. I did this by completing invasion world quests and the odd dungeon.

While I did have some fun (Blades Edge Mountains aside), I think now is not the time for me to make my return to World of Warcraft. There are many gaming personalities out there who will tell you all about the problems with the game right now and, for the most part, I agree with them. World of Warcraft is just not fun anymore, it has great potential though and I hope Blizzard can turn things around again like they did with Warlords of Draenor into Legion.

I love World of Warcraft, I always will. There is so much history and so many memories in each and every corner that I will never completely abandon the game. I just hope that either I get the bug to play again regardless of the current state of the game or, better still, Blizzard starts to listen to the right people and make some drastic changes to their game.