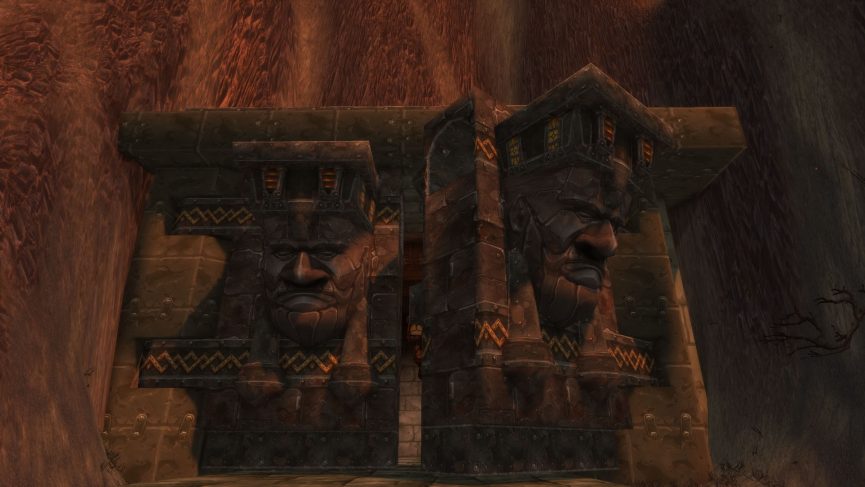 I feel as though my progress in Classic World of Warcraft has been better these past 4 weeks. The first thing I should mention is that I finally got the Hand of Justice trinket which I wrote about in my previous update. I would like to thank my guild mates Grominx, Gurkis and Eremir (Petrovich) for helping me get it. I couldn’t be more happy. 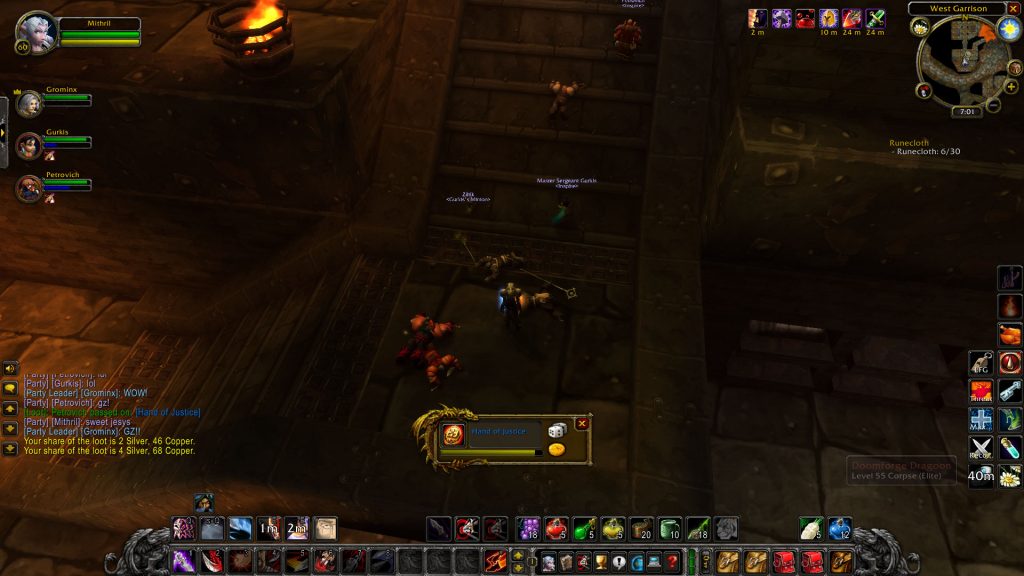 Now Blackwing Lair (BWL) is available, there are many more opportunities to obtain loot and I have been given Bloodfang Boots and Bloodfang Gloves as part of the tier 2 Bloodfang Armour set. I am very pleased to have these items but I have still been unable to upgrade my weapons, something I have been hoping to achieve for a while now.

My guild, Inspire, have been clearing BWL consistently since it was launched 4 weeks ago. In the first week we were unable to clear it in one evening, mostly because the entrance to the raid was blocked by other players and in part because it was a big learning curve for everyone. It was a great honour to have been there killing the bosses for the first time with my guild mates, but, I am disappointed that I was unable to attend a second raid to kill the final two bosses for the first time. Since then however, we have been able to kill all of the bosses in one evening and have even completed both BWL and Molten Core (MC) in the same evening with time to spare. I am very proud of Inspire and of my participation.

After the first time our guild raided BWL, our raid and guild leader, Baconbits (aka Bacon or Axelbanger) decided to step down as raid leader and take a break from the game. He explained that he wasn’t enjoying the game and had been finding himself making sacrifices, leading raids and the guild when he didn’t really want to and that he had discussed his departure with the other officers before the announcement. I like Bacon and I was sad to see him step down. At the same time I am happy that he has because I would hate to think that Bacon, or anyone else, would do things they didn’t want to do just to keep me and others happy. Hopefully, if and when Bacon is ready, he will make a return to the game. I doubt Bacon reads my blog, but if he does I really want him to know that I am genuinely thankful for the role he played.

The other officers have taken over what Bacon did exceptionally well. I am especially thankful to Nopartentsguy (aka NPG) who is our new raid leader, Dawn, who now looks after the guild bank and Mexcoo, a new officer, who has been loot master. NPG is easily one of the best raid leaders I have ever had the pleasure of raiding with. Dawn, who already does much for the guild, has been great at keeping the guild in the loop of what’s happening with guild property and Mexcoo has done an amazing job at managing the loot and our EP/GP (effort points/gear points) system. I would also like to thank Pallydude who has been a great help during raids and all the officers who do work behind the scenes to make Inspire a fun and successful guild.

Moving forward, I have set myself a new list of personal goals to work on.

I also have a wish-list of items, some of which I already have.

Other than that, I want to continue to enjoy my Classic WoW journey as I have been but, at the same time, I want to try to find some time to play some other games as well which in all honesty, hasn’t been easy for me.