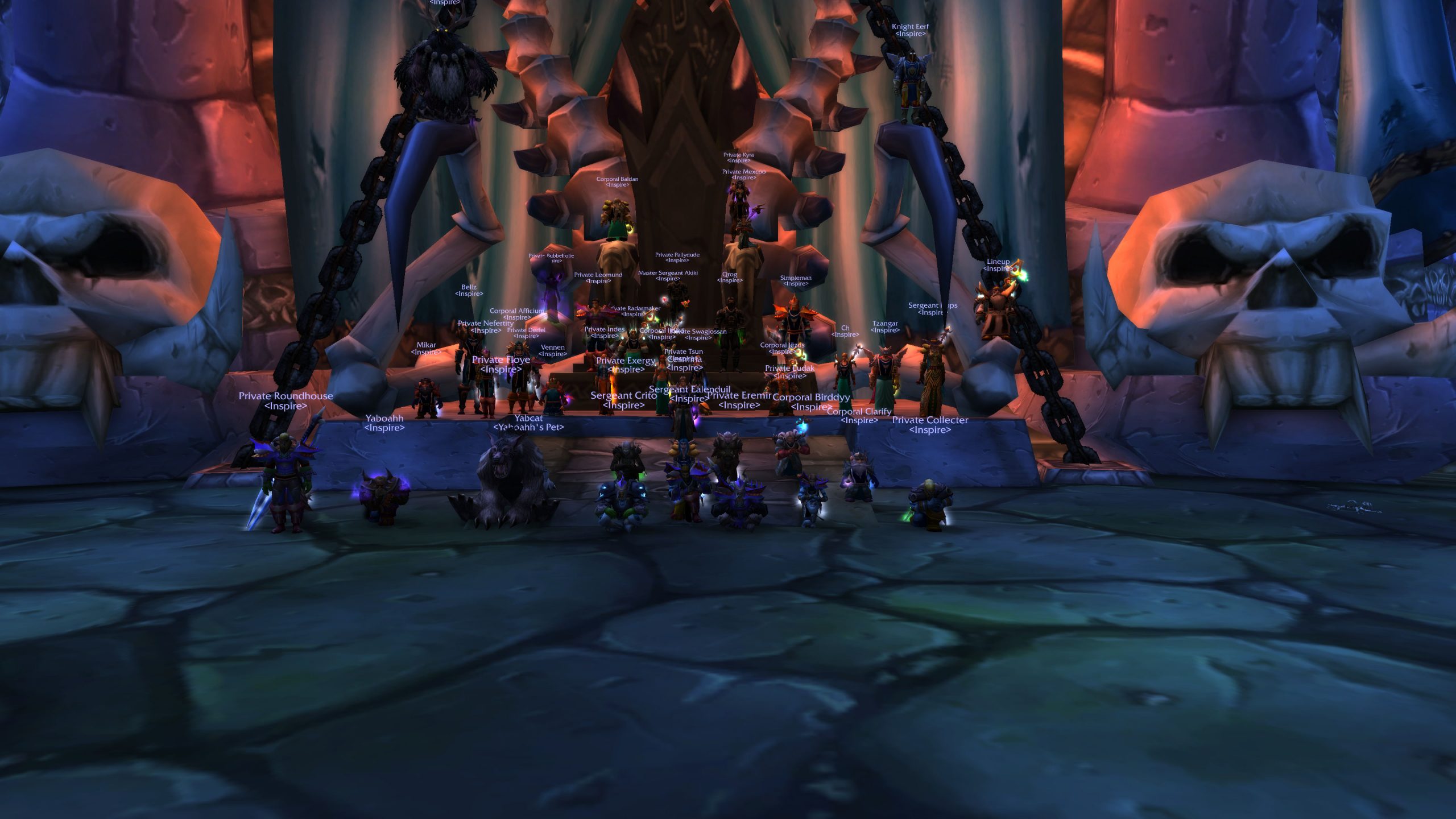 It has been a mixed bag of a month of Classic World of Warcraft for me. I have consistently raided Naxxramas and occasionally other raids with my guild mates in Inspire and can cross off another 2 pieces of loot as aquired, leaving just 1 piece of loot needed to complete the Bonescythe Armour set. As a bonus I have also been awarded a gun, Toxin Injector, from Grobbulus. While technically this isn’t better than my Striker’s Mark bow, I have found myself temporarily over hit capped making the 1% hit I think less useful than 6 more attack power and 10 stamina the gun has to offer. Having been awarded a total of 8 peices of loot from Naxxramas, my priority rating to get more loot is incredibly low. It is very unlikely therefore that I will be getting any more items from Naxxramas for a long time to come. But that’s OK, I am pleased with what I have.

The best thing about this last month of Classic WoW is that my guild and I have twice completely cleared all the bosses in Naxxramas, including Kel’Thuzad. This in a sense means my guild mates and I have completed Classic WoW by defeating all of the raid bosses. I recorded and uploaded our first Kel’Thuzad kill below.

Normally I wouldn’t share a second video of the same thing, but I would also like to share a video of my guild mates and I defeating Kel’Thuzad for a second time which was almost flawless. We really do make it look easy, mind you, we did have world buffs this time around.

This is where the good news ends. Since defeating Kel’Thuzad for a second time on the 1st February, everything seems to have got progressively worse with each passing raid. I am not 100% sure why this is but I believe it could be because people have lost all focus now we have ‘completed’ the game. It’s as if it does not matter anymore and people are just waiting for The Burning Crusade. Individual raiders are making terrible mistakes while some others appear to be putting individual DPS (damage per second) before raid mechanics. Most recently it seems as if when people die in the game and lose their world buffs, they stop trying. As a guild we should have defeated Kel’Thuzad twice more by now but we just aren’t getting it done in two 3 hour raids, which should be more than enough. I would like to add that I have not been a perfect player, I too have made mistakes but no more than usual and no blindingly obvious ones capable of causing a wipe (where all 40 players in the raid are wiped out).

With all these failures, tempers are running unusually high, not just with the raid leader but even with usually level headed players. It’s not nice to be on the receiving end of his temper, but I fully support our main raid leader, Warriodude (aka Pallydude) and the other officers. I hope between them they will be able to sort something out and see that our wonderful guild survives Classic WoW in order to flourish in The Burning Crusade.

Looking back to this time last year with my 2020 February update, i’ts nice to see that my raiding had taken off, I had acquired a 100% speed mount and Inspire guild were preparing for Blackwing Lair by issuing everyone an Onyxia Scaled Cloak.