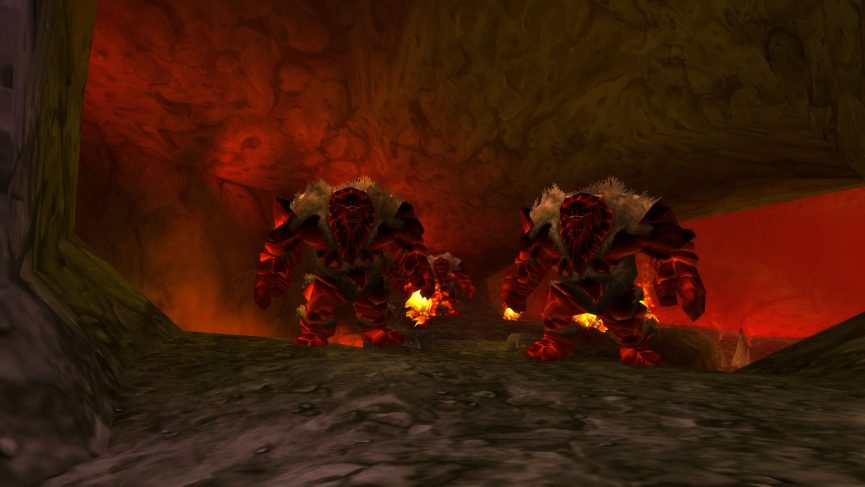 Playing the end game content has been fun and I have made significant progress since my last update in December. I have obtained a number of items from raiding Molten Core with my guild mates and from doing dungeons, often with my guild but sometimes with random people. Most people seem to be obsessed with obtained best in slot (BiS) equipment for their characters. A BiS item is where an item is the best possible item a player can obtain for their character until more content is released. While I understand this important for progression, being the casual player that I am, I have been more interested in how my character looks and for the first time, I think she looks great! 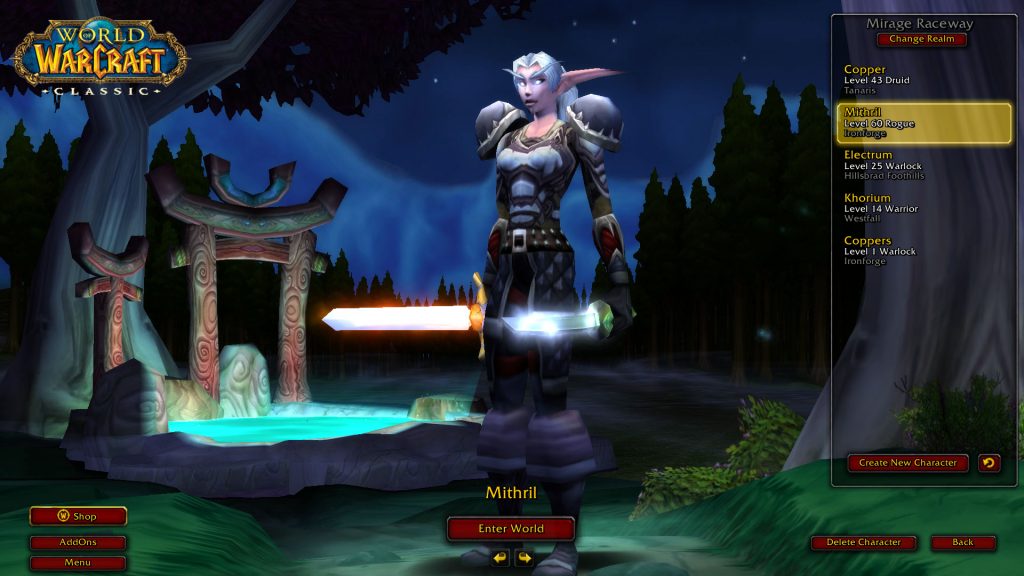 What you’re seeing in the image above is my rogue wearing a cross between the shadowcraft armour set found in dungeons and the nightslayer armour set found in the Molten Core raid. Although I think my character looks cool, only a few of her items are BiS. The weapons I am currently using are quite poor and I will need to put some effort in finding new ones if I want to progress further with my guild.

I  decided to drop elemental leather working and skinning and now have alchemy and herbalism as my primary professions. While I am finding these professions more fun and profitable, a major draw back is that there is a lot of competition in finding the herbs required to craft the best potions.

After I reached level 60, I drew up a checklist of things I wanted to achieve and have made some progress:

While I do not have the key to the Dire Maul dungeon, I have found that I do not need it with my rogue lockpicking skill. My weapon professions are coming along nicely, with 1 handed swords, 1 handed maces, daggers and unarmed all being 300. What’s left are my ranged weapon skills, crossbow, bow, gun and thrown which will probably take a long time since rogues use these weapons infrequently. I knew obtaining an epic mount would take time as it requires a lot of gold (in game currency) to purchase one. I am however well over half way to achieving this goal.

I hope to continue obtaining new and exciting items with my guild, specifically new weapons. The next raid (Blackwing Lair) is due for release on the 13th February. For this I will need to acquire raid specific items to give me fire resistance. I will also need to get my character attuned to Blackwing Lair if I have any hope in joining my guild there.

Now that my character is level 60 and I have joined a guild, it may not be necessary for me to spend quite so much time playing Classic World of Warcraft. I hope therefore to play other games and have more variety in my gaming.