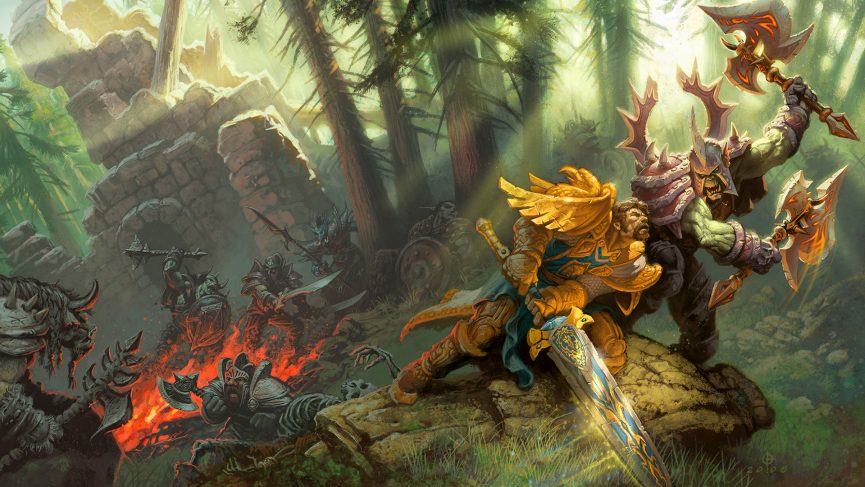 I recently wrote about my Battle for Azeroth PvP exploits and that I had my first ever experience of Rated Battlegrounds of which I played 6 and won 5 last Sunday. This has got to be one of the best PvP (Player vs Player) experiences of my World of Warcraft career to date.

The battlegounds we won were 1 x Battle for Gilneas, 2 x Twin Peaks, 1 x Warsong Gulch and 1 x Silvershard Mines. The game we unfortunately lost was in the Deepwind Gorge battleground, but it was a close call at the end. I think our opponents healers were just to difficult for us to break when they were together.

After winning the 6th and last game the group disbanded. I was both delighted and disappointed to see that I had achieved a rating of 957. The disappointing part is that this is still not enough to convince PvP leaders to invite me to their groups – not even at a low level. 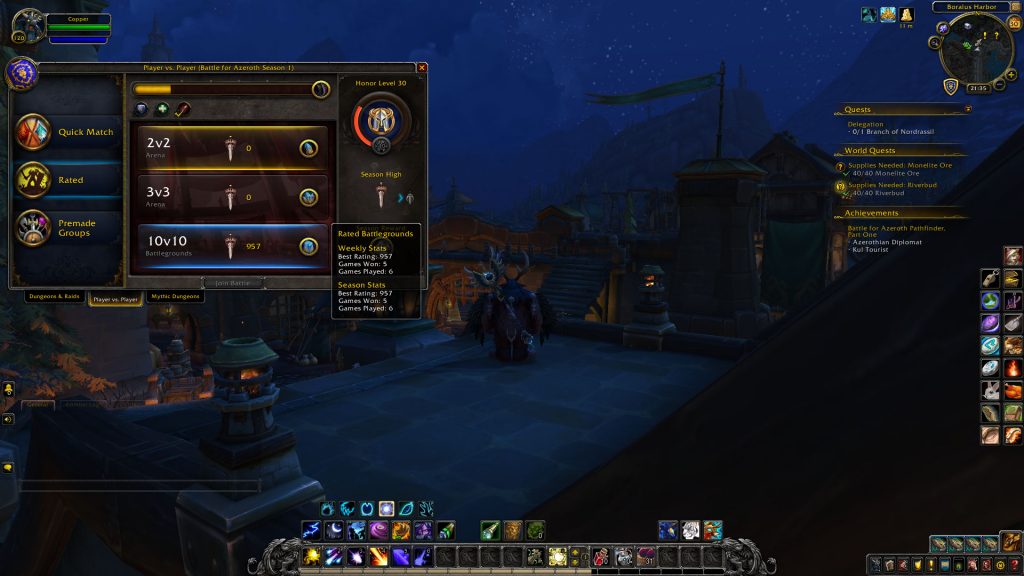 Without having a good CR (combat rating) or achievement showing that in the past I have had a good combat rating, it is very difficult for me to get invited to groups. My recommendation to anybody in this position is that they should join a guild who are interested in Rated Battlegrounds where they are more likely to give you the benefit of the doubt and take you under their wing. The other solution would be to set up your own group or guild and lead it yourself.

Being an antisocial ‘casual carebear’ however, this wasn’t really an option for me. I have joined an Alliance PvP community channel in the game, but from what I have seen so far, very little is said or organised there. I might try to make a post on the World of Warcraft PvP forum, explaining my situation. Perhaps then someone will contact me and suggest a community that I could join, or simply add me to their friends list and invite me to their groups from time to time.