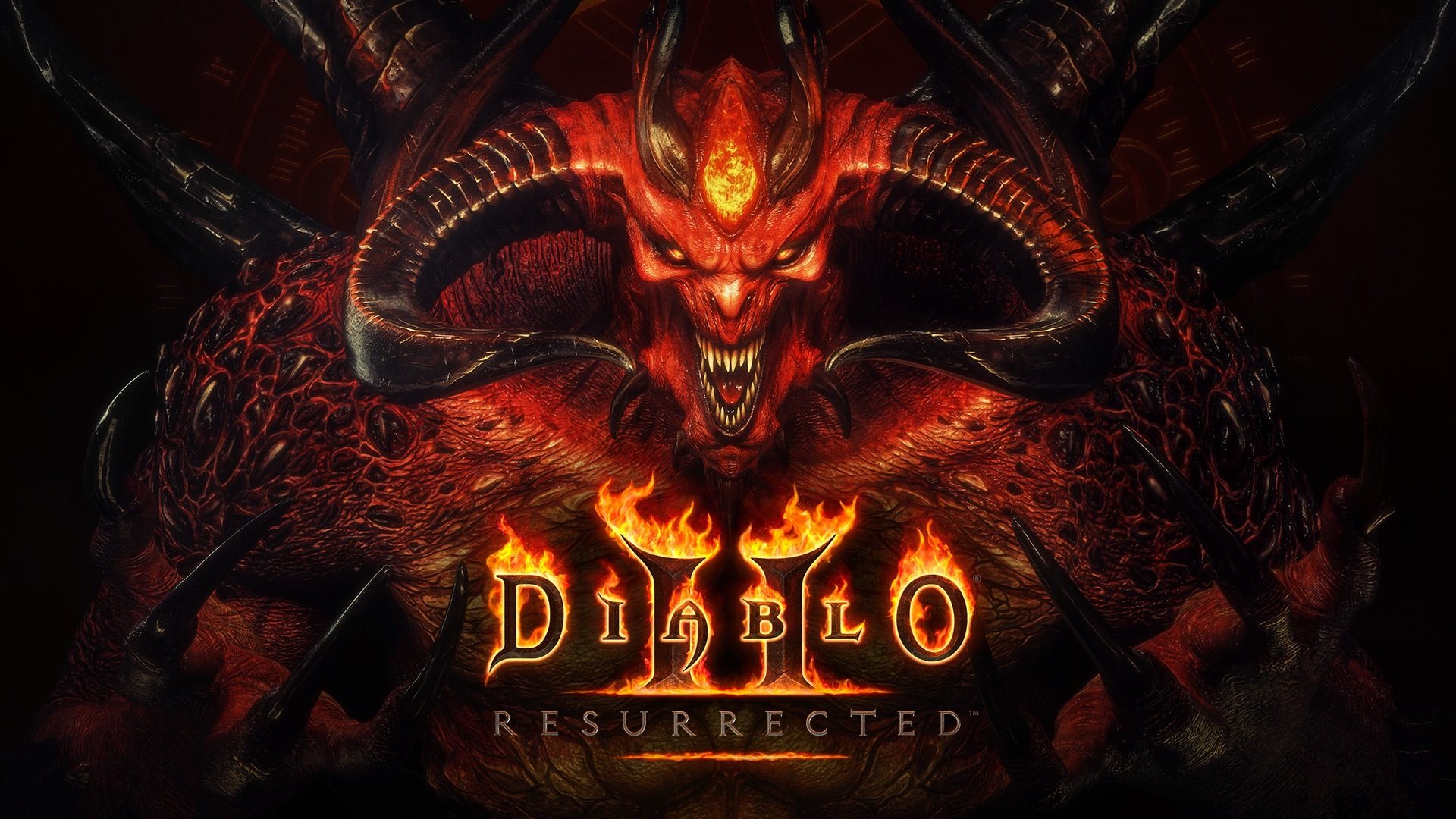 It has been a little over a week since the launch of Diablo II Resurrected and to say I am happy with the game would be a bit of an understatement. The launch itself was a bit of a let down, it was difficult to create characters and then impossible to create an online game. After a few hours however Blizzard (the developer of Diablo II Resurrected) fixed the issue. My guess is either they did not expect the launch to attract so many players (although they should have known) or there was some kind of configuration error. What I found worse however were some of the comments of players who, like me, were unable to play the game online. Blizzard are on thin ice with me for a variety of reasons, but for years now I have found people too unreasonable when it comes to some of the mistakes Blizzard make. In this case it really wasn’t the end of the world, after a few hours the game was available for play and hasn’t faltered since.

Yesterday I managed to complete Diablo II Resurrected on ‘normal’ difficulty, using the sorceress. This isn’t difficult and is something I have done many times before in the original game, however I completed the game using the ‘hardcore’ setting which means if my character were to die I would have to start again and lose that character and the items they were using. I am quite proud of this achievement and is something I do not think I did back when I was playing Diablo II back in 2000 – 2003. What’s cool is when you complete the game you’re given a title, for softcore (the setting where your character can die with little consequence) the titles are ‘Slayer’ for normal, ‘Champion’ for ‘nightmare’ difficulty and either ‘Matriarch’ or ‘Patriarch’ for ‘hell’ difficulty. They’re different for hardcore, for completing the game on the normal difficulty setting the title given is ‘destroyer’. 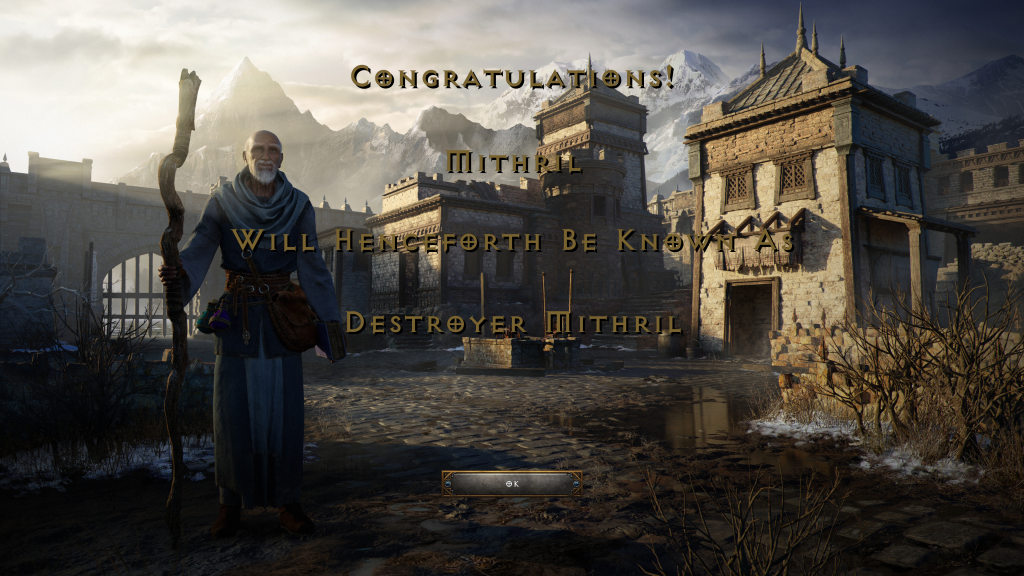 It feels right to add Diablo II Resurrected to my list of completed games since I started this blog but this is by no means the end of Diablo II for me. There is still a lot that can be done and I predict I will be playing the game consistently for at least a few months, but we shall have to wait and see. For now I will try and complete the game on nightmare difficulty and perhaps try another character or softcore for a more casual approach. The updated graphics and visuals are amazing, Blizzard really did an excellent job in modernizing the game without forfeiting much (if any) of the classic experience. While I have remembered a surprisingly large amount of stuff about the game, I have seen that there is a lot of new YouTube and website content available which will help remember the best places to farm specific items or character experience depending on my character level. This content will be especially helpful to any new Diablo II players.

Before I finish this post I feel the need to correct something I wrote in the Aliens: Fireteam Elite post I made last month. I said that the last time I bought and played a game on the day of release was for Perfect Dark, I have since remembered that I did this for Diablo III back in 2012 and World of Warcraft Classic in 2019. Now of course I have done the same for Diablo II Resurrected.