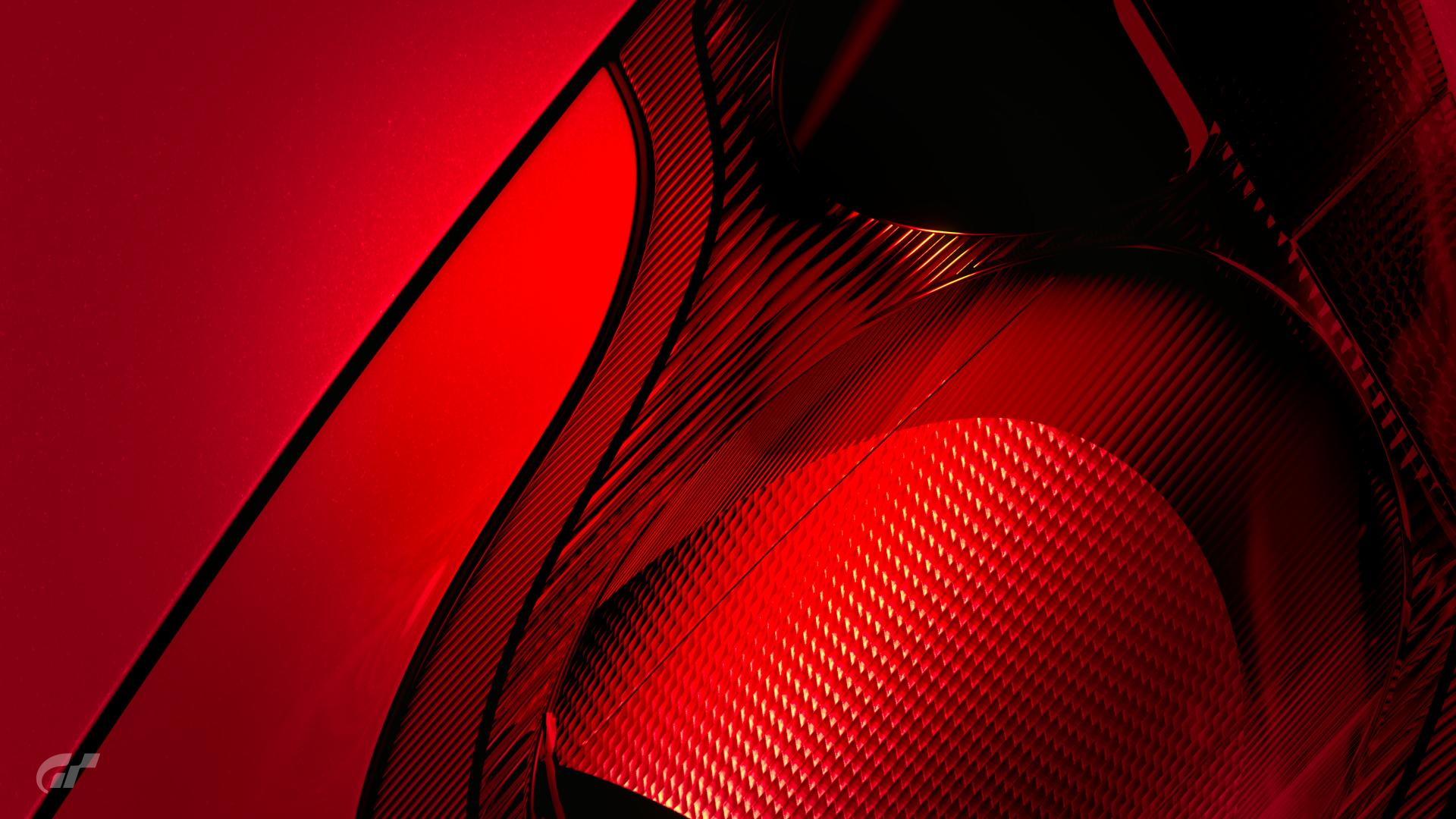 While I always enjoyed playing Gran Turismo 3, I could never stick at it and never got remotely close to completing the game. This partly because I am genuinely really terrible at playing racing games, even my friend Jason, who in almost 20 years of friendship, has actively encouraged me, has shown belief in me and doesn’t like it when I put myself down, will most likely on this occasion agree that I really, really suck at playing racing games and that it is something not likely to change. Because I am bad at playing racing games, I am actually proud to have achieved 28.6% completion and for winning 223 out of 267 races with an 83% win rate as shown in the screenshot below. 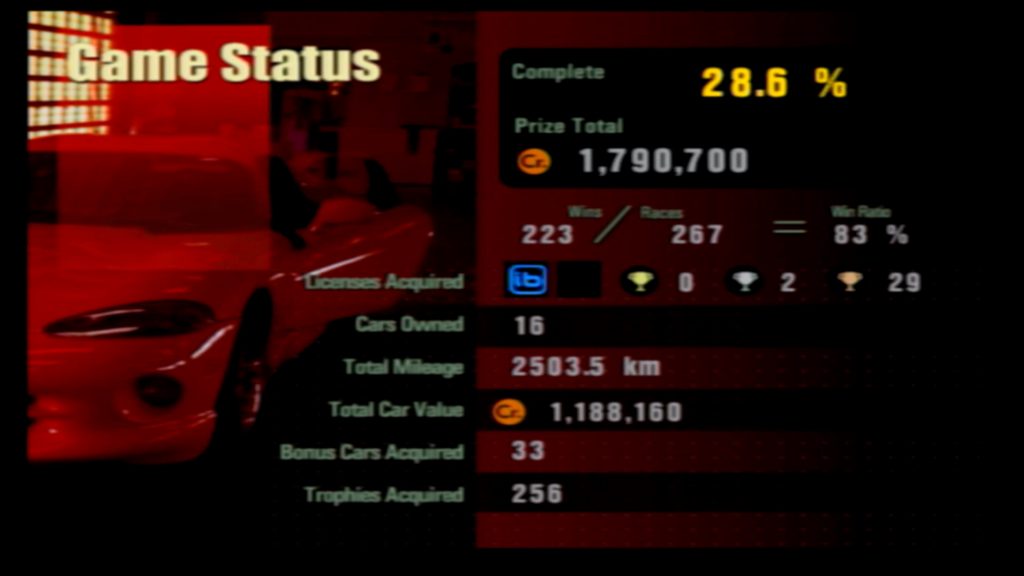 To be honest, much of what I achieved in Grand Turismo 3 is because I saved up credits (in game currency) to buy and tune a car so that it is so powerful that even if I crash on each corner of the race track, I am still likely to win. What the above screenshot does not show however is that I did actually complete all 20 beginner league challenges and 7 of the amateur league challenges including the Japanese, American and European championships, which is much further than I ever progressed back in the early to mid 2000’s.

What I really like about Gran Turismo 3 is the role-playing and customization aspects of the game. Choosing which cars to buy and how to tune them, which races to compete in, winning cars and deciding whether or not to sell them, watching the statistics grow and the feeling of achievement when you get a car you like or by winning a championship all make this game very attractive even to someone who typically doesn’t like racing games. I have also found Gran Turismo 3 to be ahead of the curve compared to other games of its time, Gran Turismo 3 features a full soundtrack, replays of races, dual shock controls (which is amazingly simple but lets you feel gear changes, collisions and the track through vibrations in your controller), and even features the ability to trade cars with friends. These features are very basic and simple by today’s standards, but at the time the developers (Polyphony Digital) really did do an amazing job at utilizing what the Playstation 2 was capable of.

One side note is that while my cheap RCA to HDMI video converter and cheap external USB video capture card has allowed me to use my Playstation 2 again, the quality of the video output is questionable as you can see from my screenshot. While I do find it tolerable, in that it has not detracted much from me enjoying the game, I do find it difficult to use to produce media at a quality I am comfortable with. With that in mind, I am considering purchasing better equipment, but for now, what I have works fine and I can’t complain for the price I paid.