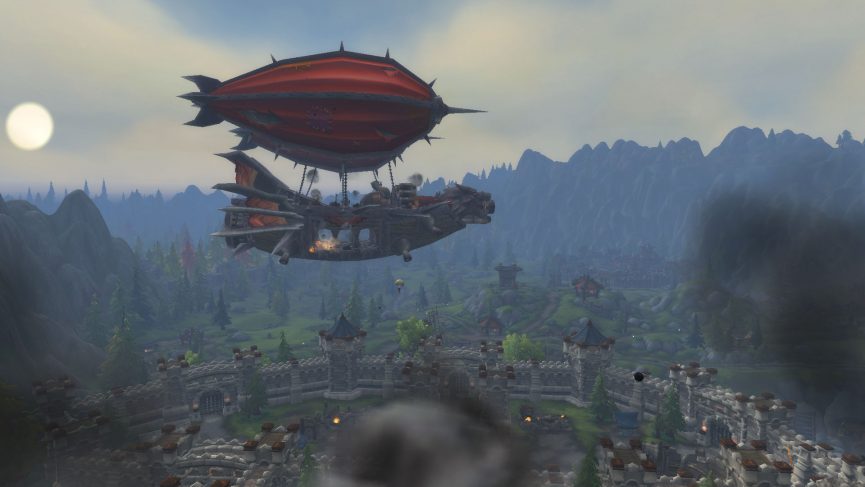 I previously wrote about my experiences with the first part of the new Arathi Highlands warfront here. Last week was the alliances turn to take part in the second part of this warfront, with the Horde in control. It started as expected with being able to hand in farmed materials and crafted items in exchange for reputation and power for the expansions ‘Heart of Azeroth’ amulet.

Following this there was a 20 player scenario which I completed 4 or 5 times between my druid and paladin. It involved gathering resources, capturing horde controlled nodes and advancing on the horde base in order to kill the commander and win the battle in a pve (player vs environment) setting. Players would use the resources to upgrade buildings in the Alliance keep which in  turn would allow players to recruit troops and obtain other bonuses which would help obtain victory.

I have to say, this was a lot of fun. The minimum average ilevel (item level) requirement is 320 which my druid had exceeded but it forced me to play my paladin more so she could also take part. On completion of the scenario, each character got an ilevel 370 item followed by an ilevel 340 item. Each time I subsequently completed the scenario I would be rewarded with another ilevel 340 item. While I did very much enjoy this content, it was very easy and I do not think it was possible to actually lose the scenario. I think a lot of people kept playing it over and over again until most of their items had a minimum ilevel of 340 – for them it must have got really boring.

I managed to get several achievements associated with this warfront. ‘Strike Fast’ gave me 5 and then 10 achievement points for capturing every location in the scenario. ‘Leader of Troops’ gave me 10 points for recruiting the 5 different NPC (non playable character) troops with resources at the alliance base and ‘War is Hell’ gave 10 points for simply completing the scenario the first time. Not only do I look forward to playing this content again, I very much hope that this sort of pve Alliance vs Horde content is extended and that players can take part in these sorts of battles in other zones over Azeroth.