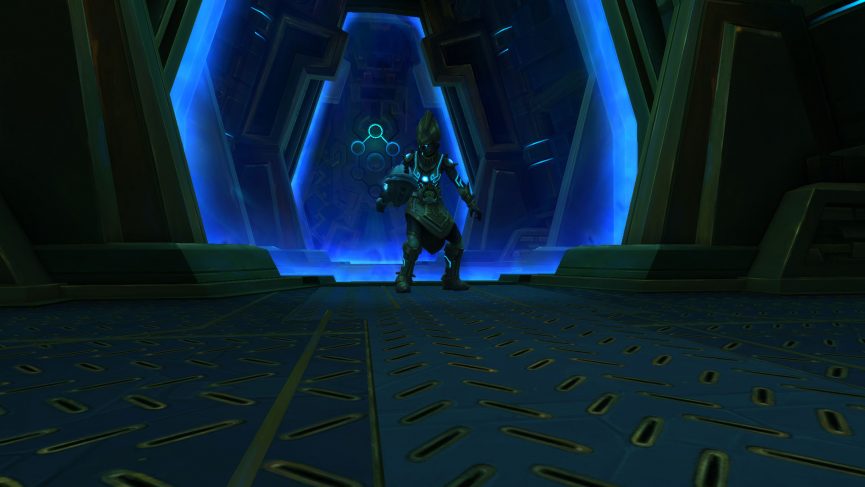 Last weekend I made good end game progress with my Druid. In my previous post WoW: Arathi Highlands Warfront I managed to raise my item level to 304, just shy of my goal of 305 which was what I wanted to allow me to do heroic dungeons.

This week I finally managed to hit 305 and did a number of heroic dungeons which got me over 320. This meant I was able to use the LFR (Looking for raid) tool and complete the first wing of the new Uldir raid, Halls of Containment.

Being LFR, the raid was very easy and we managed to 1 shot all three bosses, Taloc, MOTHER and Zek’voz. The loot was good considering how easy this was and I was very lucky by getting item level 365 boots that are ‘titanforged’. The standard item level is 340 for LFR loot in this raid.

Along with other loot from doing world quests, the average item level for my druid is now 327 which is still pretty low but well on the way. Considering I only really have time to play during some of my weekend, to get it from item level 274 to 327 in two weeks, I am more than happy and I am still enjoying the Battle for Azeroth expansion.

One thing I did notice last week is that I think the world quest rewards scale with the characters average item level. My Paladin has an average item level 305 and the rewards for her might be around the 300 – 315 item level mark. For my druid however, they are more likely to be around the 310-330 mark. This makes for interesting world quest reward scaling and will probably always be relevant end game content, at least as far as item upgrades go.

This weekend I hope to increase my average item level further and make a start on completing some of the quest strings. I will also need to continue to build reputation with the new Battle for Azeroth factions. It would be great to do more with my Paladin, just to keep her in the loop as much as possible, I would not like for her to get too far behind but we shall have to see.