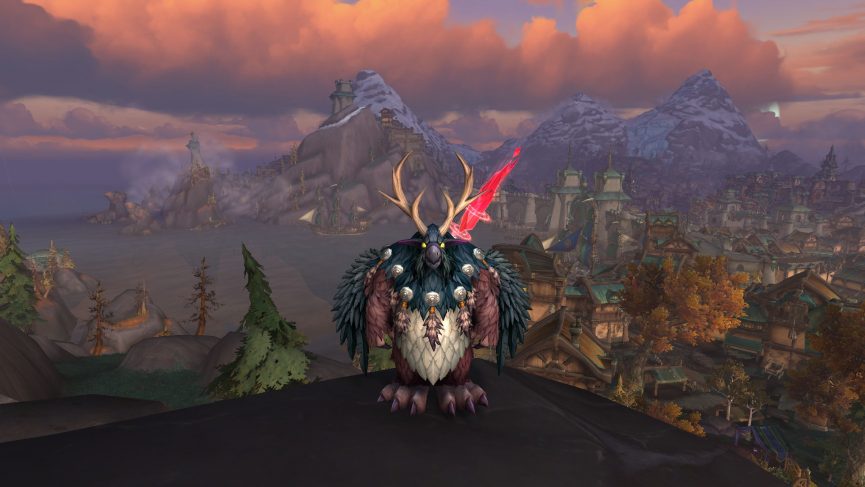 Over the last week or two I have slowly raised the level of my druid from 110 to 117 with the release of the new World of Warcraft expansion, Battle for Azeroth. This weekend I decided to get my head down and achieve level 120.

I have really enjoyed playing my druid and I am pleased that I took the time to level her from 100 to 110 in preparation for this expansion which I wrote about here.

During the Cataclysm expansion I had the idea of using my druid to farm what I needed and make gold. At the time there were a number of players who had used balance druids to make a lot of gold and have a lot of fun with what was their insane AoE (Area of effect) abilities. They can also farm herbs while in travel form which made farming herbs really quick. I got her to level 85 (the maximum level at the time) and changed her professions to mining and herbalism for full farming potential. For whatever reason however, after reaching this goal I either got bored or decided to do something else on Warcraft.

Because I changed her professions to mining and herbalism, she has been ideal at providing my paladin with ore to level blacksmithing and at providing my mage with herbs to level alchemy. As such I have gained a lot of experience just by farming the things that I need.

Now my druid is level 120, I might consider investing time in using her for the end game content. Right now, her average item level is 274 which is incredibly poor but understandable considering she has only just hit level 120. Next weekend and perhaps during the week I will try to complete some world quests and dungeons to see if I can get to an average item level of 305 so that I can try some heroic dungeons. There is much to do with only a little time. Any time I spend on her will be taken away from my other characters. I find it frustrating that others who are time rich can get things done while I am forced to prioritize and trail behind.