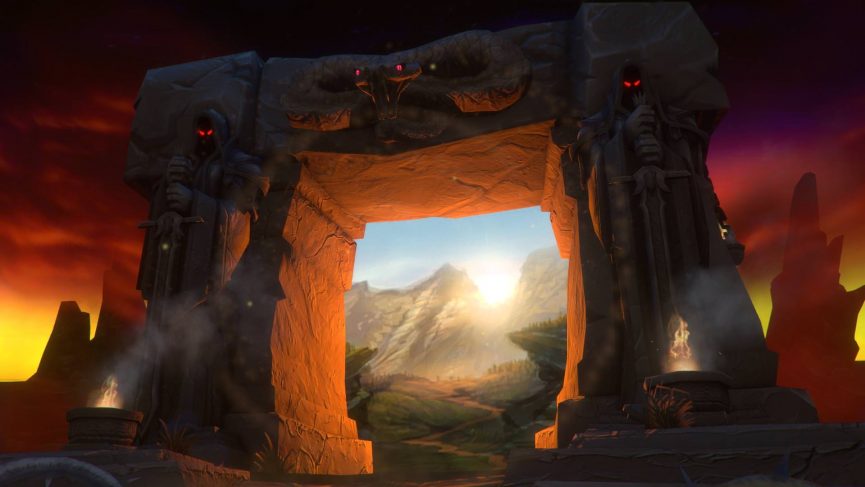 My World of Warcraft classic journey started a little earlier than expected. While the game is due to be re-released on the 27th August, players who have an active World of Warcraft subscription are able to reserve character names ahead of the release. Blizzard have said:

“As part of our launch preparations, characters can be created in advance. You will be able to create up to three characters from the 13th of August onwards. Please keep in mind that it will not be possible to customize your character or change faction later, so take your time during creation. On PvP realms, all your characters need to belong to the same faction. It is not possible to start playing before the launch on the 27th of August.”

This is a somewhat unique experience for me, I have never known there to be a ‘reserve your character name’ event weeks before the release of a game. Being an hour behind, I logged on 11pm and after a very short wait was able to create two characters, Copper and Mithril on the Mirage Raceway realm. 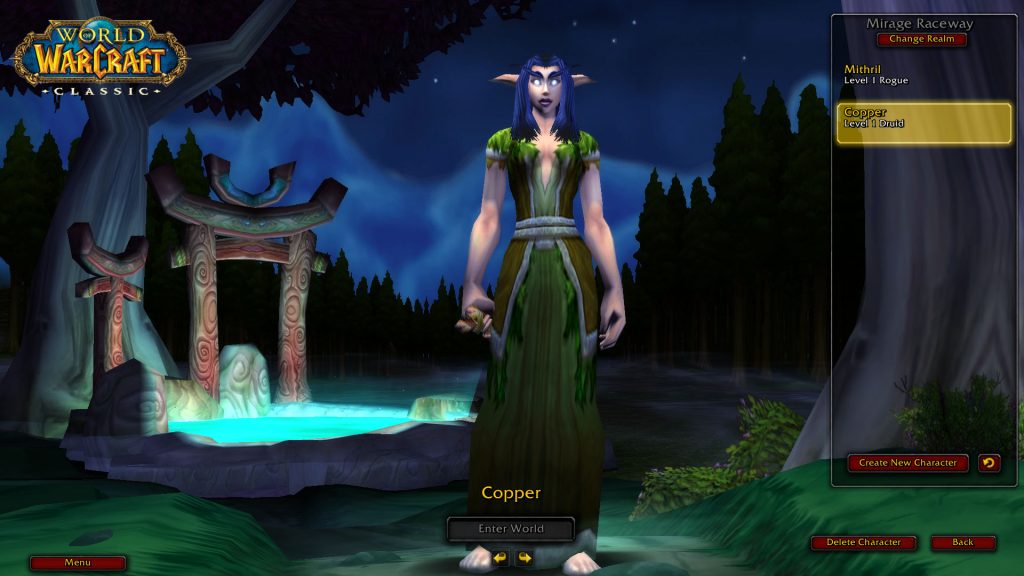 Since everyone is able to reserve up to three character names, I thought I would reserve Copper on the other ‘normal’ realm Pyrewood Village. Rather than switching realm however, I accidentally logged out. When logging back in at around 11:03 I found myself in a queue of over 10,000 which took some 10-15 minutes to clear. When I eventually logged back in and switched to Pyrewood Village, the names Copper and Mithril had already been taken. Part of me was annoyed that I had logged out rather than just switching realms, but another part of me was so happy that I bothered to stay up late to log in as soon as possible to reserve Copper and Mithril on Mirage Raceway.

To my surprise, when I logged back in this morning, I found that the normal, RP (Role-Playing) and RPPVP (Role-Playing Player vs Player) realms still have a low population. I imagine that will change when the game is launched later this month, but I somehow expected more. 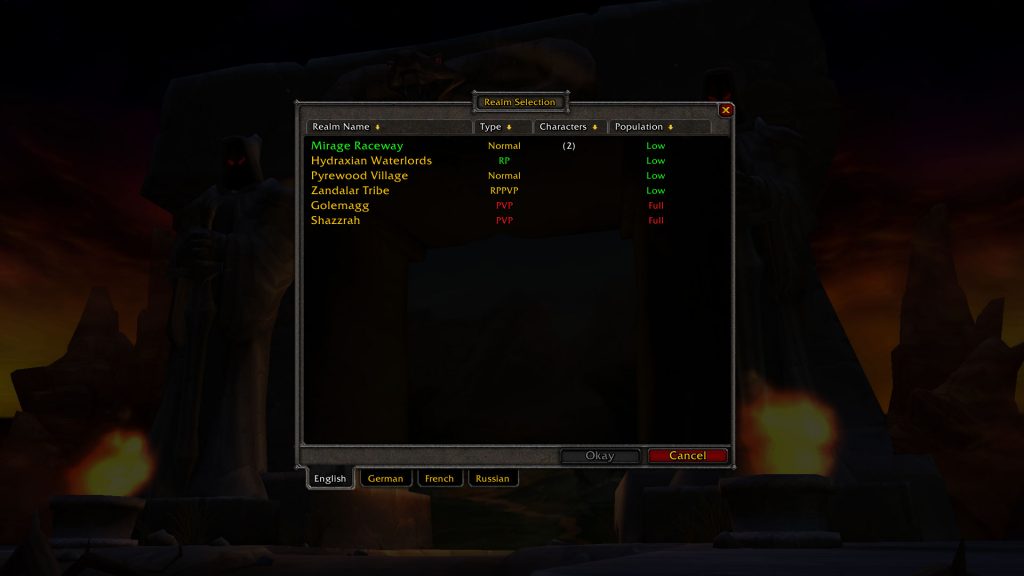 After seeing the classic log-in screen and hearing the music, I am as excited as ever to re-live vanilla World of Warcraft. The log in screen and music alone has evoked so many memories, both good and bad.