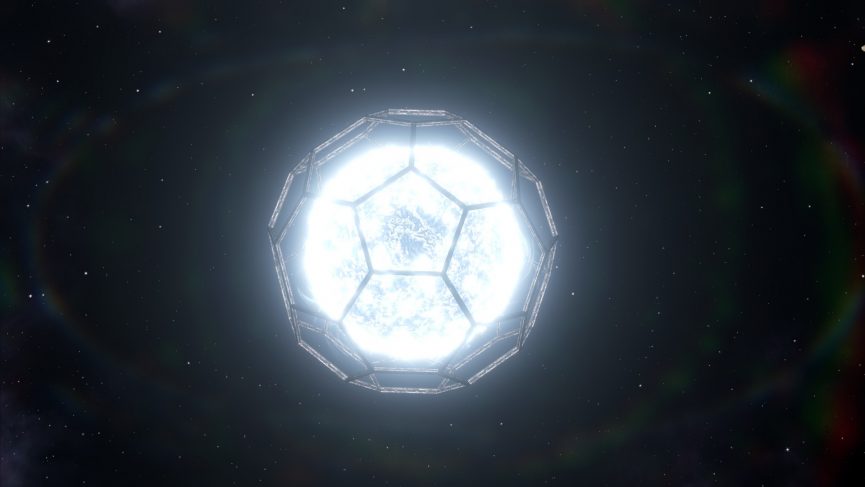 I finally did it, I created a Dyson Sphere in Stellaris. A Dyson Sphere is a hypothetical structure which would completely encompass a star in order to harness all of the energy output. The concept of a Dyson Sphere has captured my imagination for years now and I am thrilled to have been able to construct one within this game. 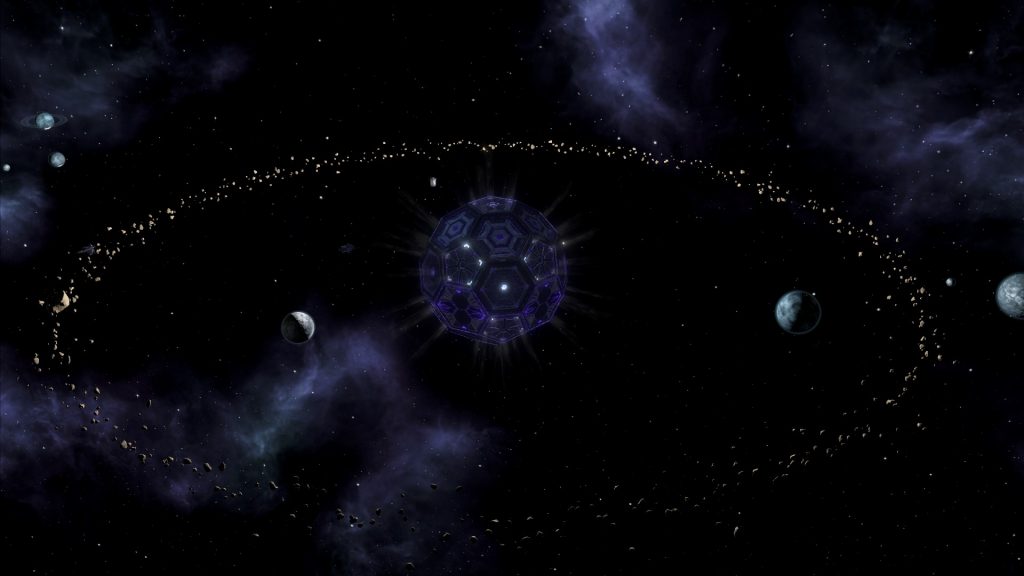 In theory, if there are civilizations more advanced than our own in the universe, it would be logical for them to attempt to harness the power of entire stars. A Russian astronomer, Nikolai Kardashev devised a hypothetical scale (now known as the Kardashev scale) which  measures the level of technological advancement of a civilization based on the amount of energy they are able to harness. To have built a Dyson Sphere or similar, a civilization would reach level 2 of the Kardashev scale.

Before I could construct a Dyson Sphere, I needed to fully construct another mega structure. I did this by repairing and completing a habitat ring I found while exploring the galaxy. Something I mentioned in my previous Stellaris post. 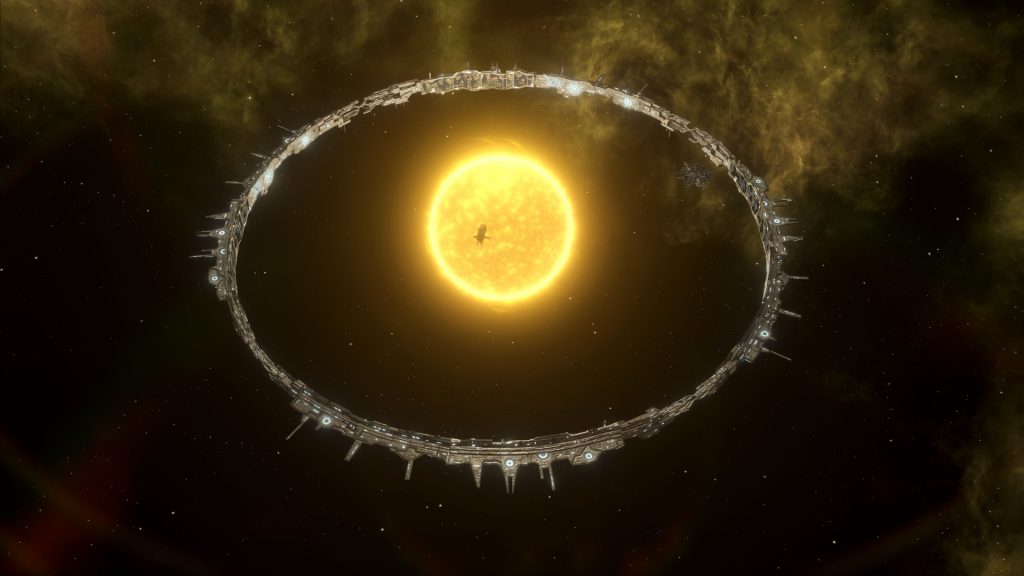 In Stellaris, the habitat ring is actually more fun than the Dyson Sphere. I have been able to colonize 4 parts of the ring and construct buildings as if it were 4 planets with ideal living conditions. 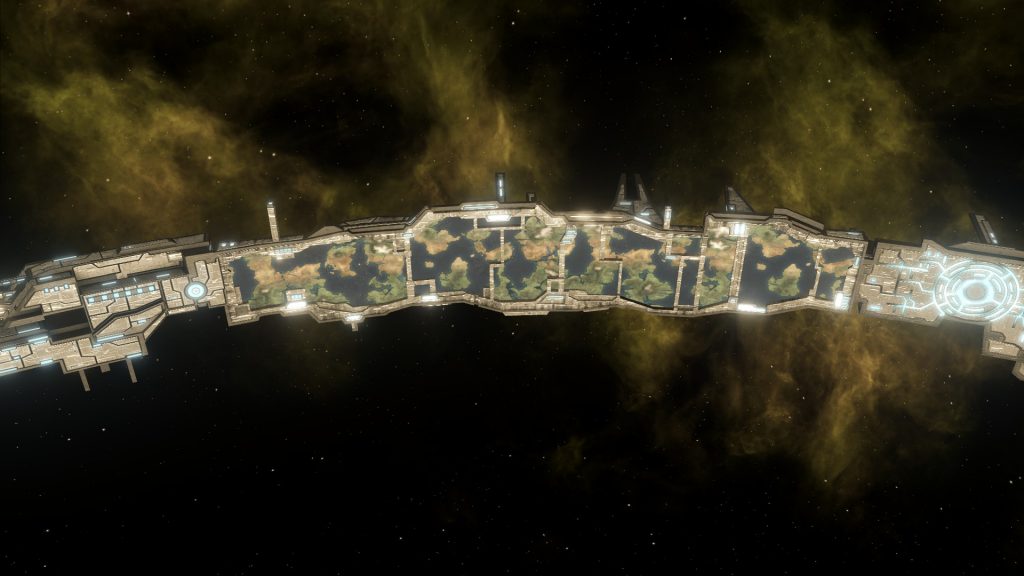 By focusing on using the game to build these structures, I have largely neglected everything else Stellaris has to offer by way of strategy. There is still so much I could do, from building huge fleets of war ships to conquer my enemies, to using diplomacy to form alliances and federations. Classic World of Warcraft is due to be released soon and I plan on playing StarCraft 2 a little more, but from now on when I play Stellaris, I will be playing to win