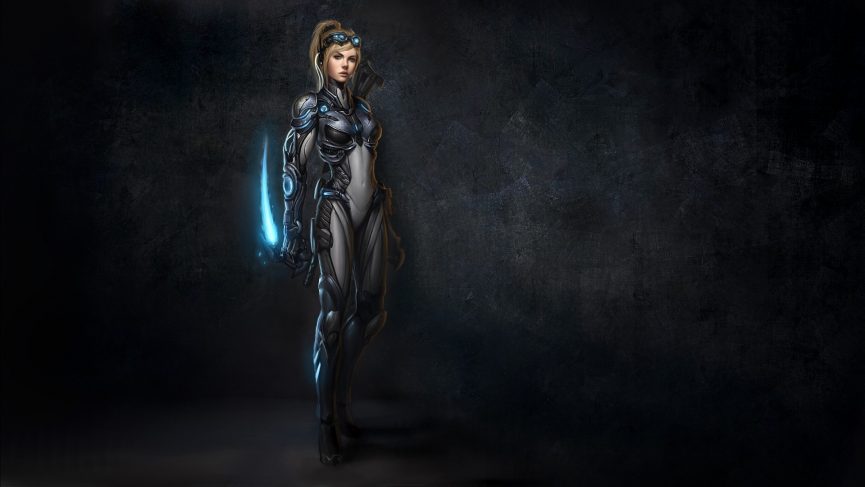 Over the past few weeks I have gradually leveled up the StarCraft 2 commander, Nova. I have always wanted to play StarCraft co-op but have never had a friend who was interested in playing which meant, uncharacteristically for me, I played with random people.

So far, I am happy to say, everyone I have played with has been fine. Most people don’t say anything at all which is almost like playing through a random dungeon with random players in World of Warcraft. Those who do say something, simply say hello at the start and GG (Good Game) at the end.

Having recently acquired new computer hardware, I have been able to recorded one of the games from start to finish without any difficulty.

StarCraft co-op is very different to the normal game of StarCraft. Instead of playing against each other, players must work together to complete objectives. Before the game, each player selects the commander they wish to control (in my case Nova) and use their unique abilities and armies to achieve victory. The better players will use their commanders in such a way that compliments their allies commander but there are settings to make it easy for new players. Playing games earn your chosen commander experience which will level them up to a maximum level of 15, unlocking abilities along the way. Once a commander is level 15 you will start to earn experience which will go towards mastery points, a similar system to that of paragon levels in Diablo III in that they don’t unlock new abilities, but make existing ones a little stronger.

Right now I have reached level 15 with Nova and have obtained 11 mastery levels. Considering how positive this experience has been for me, I may level one of the other commanders (there are 17 in total) or gain more mastery levels with Nova.

If anyone is interested in playing StarCraft co-op with me, feel free to get in touch. StarCraft is free to play and will include 3 commanders. The others are free to play up until level 5 and can be purchased individually if you’re having a good time.