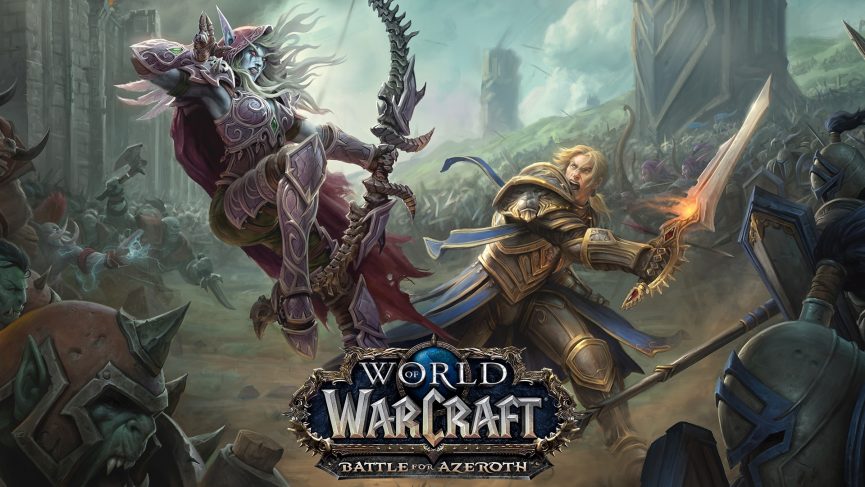 For the first time in at least 4 months, probably longer, I logged in to World of Warcraft. The main reason for me logging in is because on the 14th August the new expansion, Battle for Azeroth, will be released. I have a collectors edition on pre-order from Amazon.

I need to use the time between now and the 14th to get my characters and myself ready for what I hope will be an exciting expansion. There is an amazing cinematic trailer and several other trailers for this expansion which you can see on the Blizzard youtube channel below;

In getting ready I will need to perform some ‘housekeeping’ and tidy up my characters bags and bank to get rid of items I will no longer need. I should also make the time to complete the odd quest or achievement that I have been meaning to do before I am pre-occupied with new Battle for Azeroth content. There is also a new quest string available for a limited time which will lead to a mount as a reward. At the end of this quest string, I will see the Night Elf city of Darnassus be set on fire by Sylvanas and the horde, something I have feared for a long time. It is my hope that during the expansion the Night Elves find a new, even better home, or Darnassus is somehow reborn from the ashes anew.