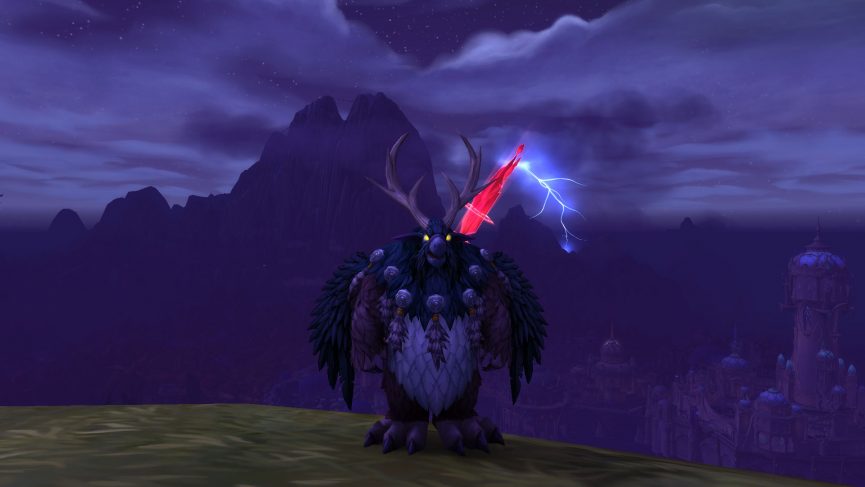 Over the weekend most of my gaming has been focused on World of Warcraft and getting ready for the Battle for Azeroth expansion.

My first ever character, a druid, has been completely neglected during the Legion expansion and as such was still only level 100 and had not set foot in the Broken Isles.

Late on Saturday I made a start and very quickly managed to get level 103 in just a couple of hours. Yesterday, somehow, I managed to hit the maximum level of 110 even though I had things to do around the house and needed to get some shopping done. I even had 3-4 hours spare having reached level 110 by 7pm!

This is not a huge accomplishment in the scheme of things, but anyone who knows me will know that I do not enjoy leveling my characters in World of Warcraft. There are several reasons why I managed to do this, the first is I am able to fly in the Broken Shores, making travel between quests much easier and quicker. Another reason is the druid flight form not only makes it quicker to farm herbs, but it also makes it quicker to do quests which involve collecting something or activating something. Finally and perhaps most importantly, I enjoyed playing the druid which is something I did not expect.

I seem to remember doing the same thing at the end of the Warlords of Draenor expansion. Rushing towards the end to reach level 100, only that time, I did not particularly enjoy playing it. My druid has been neglected for many years now, something I hope to change during the upcoming expansion, although I will give no guarantees.

This now leaves me with 4 characters which I have leveled from level 1 (no boosts here!). I have a paladin, warrior, mage and druid, the mage started life during Wrath of the Lich King but the other 3 started out during the vanilla Warcraft days.