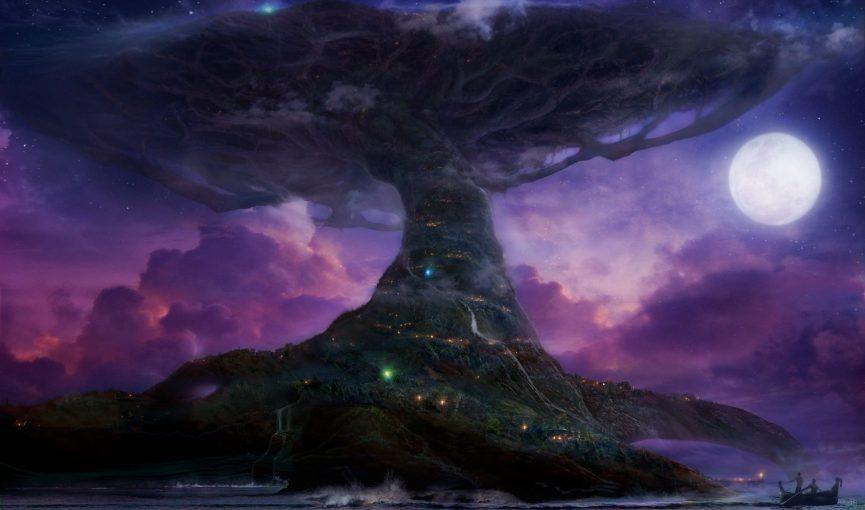 Spoiler alert for those who have yet to play the end of World of Warcraft: Legion or Battle for Azeroth expansion.

I have played World of Warcraft since the beginning in what is now known as ‘Vanilla WoW’ and I have played every expansion since then. My first character was a Night Elf Druid and while I enjoyed the tutorial style beginning leveling 1-6 and then from 6-11 in and around Dolanaar, walking into Darnassus for the first time was when I fell in love with the game. Seeing ‘Darnassus: Alliance Territory’ pop up on my screen with a change of music, followed by seeing huge tree creatures, glaive throwers, profession trainers, bank ect made me feel like World of Warcraft was a game I should invest a lot of my time. From this point on, I decided to stop playing Diablo II and Starcraft: Brood War, games which I had played for years up until that point.

During Vanilla WoW, Ironforge was the place to be for the Alliance. This was because it was the only place to buy and sell on the auction house and is connected to Stormwind by the Deeprun tram line. It was also quite annoying for anyone who had a Nightelf character to make the rather long commute to get to Ironforge for the first time. I remember to this day being shown the way by someone, I think I gave them 1 gold (quite a bit back then). In spite of this I actually preferred Darnassus and at first very rarely ventured outside of Kalimdor because it was so quiet (which I like) and because my old banger of a computer could not always handle the traffic of Ironforge. At some point during vanilla, battlemasters were introduced in evey city. These were NPC’s (non playable characters) who would allow you to queue for entering an instanced battleground which was the main form of PvP (Player vs Player). You could also use these NPC’s to turn in marks obtained for completion of the battle, 3 for a win, 1 for a loss. I would literally spend anything between 5 minutes and an hour waiting to join a battleground in Darnassus. It was also exciting to log in after the weekly round up of PvP activity, this was where players could get promoted or demoted depending on how much honour they had acquired the previous week. So many milestone were reached while in Darnassus.

When The Burning Crusade expansion landed, Shattrath was the new place to be in the centre of Outland. Each day, when I logged off from my adventures in Outland however, I would log out in Darnassus which is where I would end up when logging back in. It was the same for Wrath of the Lich King where Dalaran was the place to be in the middle of Northrend. Even when the Cataclysm expansion landed where there was no new city, I would commute using the new boat to Stormwind and then use the portals from there to go where I wanted. Sometimes I would fly from Darnassus to Mount Hyjal which wasn’t far. Occasionally to Uldum too which is on the other side of the Kalimdor continent.

It was when Mists of Pandaria arrived I no longer stayed in Darnassus but stayed in Stormwind instead, using the portal to get to The Jade Forest. I could have used the new city, Shrine of Seven Stars in the middle of Pandaria, but I honestly did not like it enough to even set my hearthstone there. Although from this point forward I did not spend much time in Darnassus, it has always been my most favourite spot in the game.

What has happened to Darnassus?

In short, Sylvanas, the horde warchief, has set Teldrassil on fire. For those of you that do not know, Darnassus is basically a city in a huge tree called Teldrassil. At the end of the Legion expansion the horde invaded Darkshore and rather than capturing the city, she elected to set it on fire killing everyone who couldn’t escape. Blizzard made a cool youtube video depicting this below;

My last memory of Darnassus at this point is running around frantically trying to help citizens flee from the fires to the Temple of the Moon where there was a portal to Stormwind. I thought that this would upset me a lot more. Having played World of Warcraft for a very long time now, it has become a big part of my life. I am hopeful, that as the expansion progresses, Blizzard will somehow remake Teldrassil and Darnassus from the ruin, or produce a new Night Elf city. Even if Blizzard did do this, I doubt I will ever feel at home again. I will always miss Darnassus, the place I chose to escape real life for so long. Instead I think that the Worgen will reclaim their city of Lordaeron and the Nightelf survivors will be refugees there much like the Worgen were refugees in Darnassus when they joined the Alliance during the Cataclysm expansion. I guess I shall have to wait and see what Blizzard have install for us WoW players.