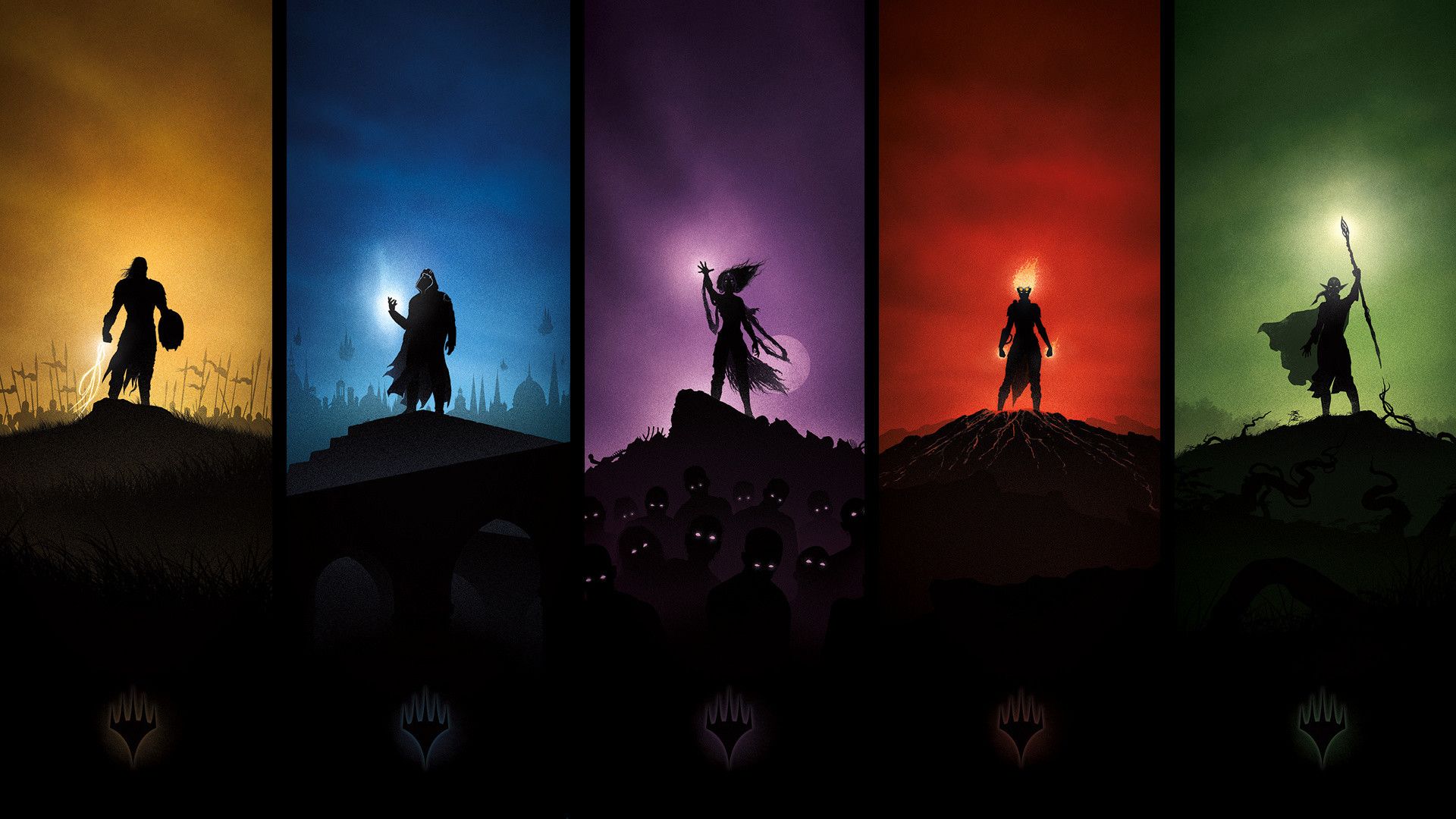 Returning to Magic: The Gathering Arena

For a few weeks now I have made a return to Magic: The Gathering Arena. It’s the first time I have played this game since I wrote about it back in January 2019 and I must say, it’s as enjoyable as ever. There are some improvements in that the game now has a friends list feature which I would imagine would make it much easier to play with friends, it’s a simple feature, but was lacking back in 2019. In addition there have been a variety of new sets released since I last played including, War of the Spark, Core Set 2020, Throne of Eldraine, Theros Beyond Death, Ikoria, Lair of Behemoths and most recently Core Set 2021 which was released earlier this month.

Wizards of the Coast, the developer and publisher of Magic: The Gathering Arena, make their money by selling in game cosmetics and in-game packs of cards which supplement your in-game collection to hopefully enable you to create powerful custom decks. Thankfully however, you can acquire A LOT of free packs of cards, simply by playing the game and using the many promotional codes available. The most recent promotional code is ‘PlayM21’ which will give 3 packs of Core Set 2021 cards. There are also a number of pre-constructed decks to get you started.

I am proud to have reached Gold Tier 4 after winning a number of ranked games against other players. At first I used one of the many pre-built decks but then found myself making small tweaks to my favourite one. I did this without spending a penny on the game. 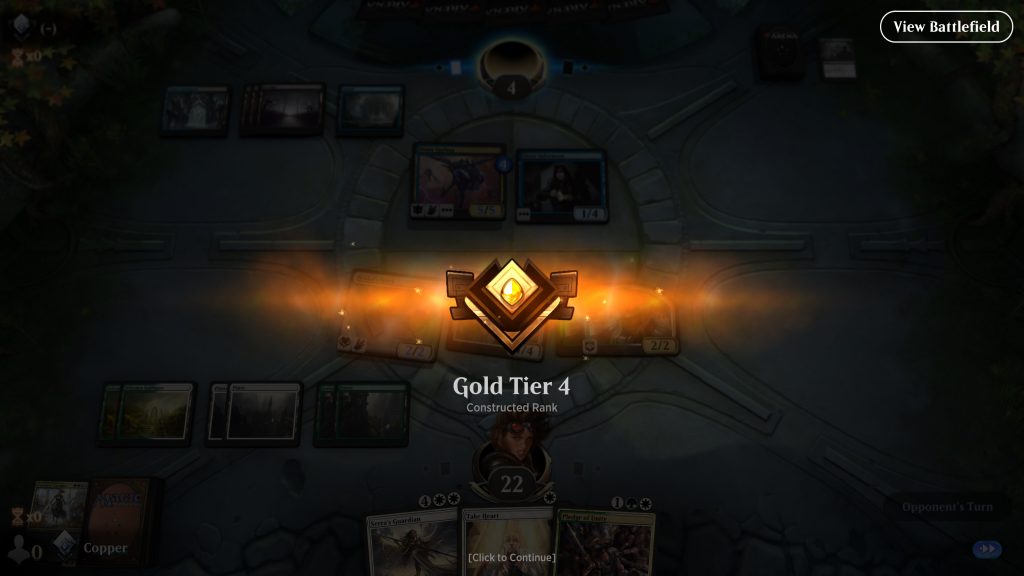 While it is true that there is an element of ‘play to win’ with Magic: The Gathering Arena, it is, and always has been, the same with the actual physical game of Magic The Gathering. The more money you spend acquiring the best cards, the better your deck will be. With that said, even the most basic, cheap, well put together deck has at least the potential to beat the best.

There are ‘limited’ formats of play which remove the pay to win element, putting everyone on an even keel. For the first time I took part in a Magic The Gathering draft. This is where a player opens a pack of cards, takes one, then passes the remaining cards to another player. This is repeated several times until everyone has an opportunity to pick first and last from multiple packs of cards and has enough cards to construct a deck with what they have. In Magic: The Gathering Arena, players use their deck to play until they lose 3 times. The more times a player wins, the bigger the reward.

Another way Wizards of the Coast make money from Magic: The Gathering Arena, is by enticing players, such as myself, to play the game face to face with people at the local collectable card shop. This would involve spending at least some money on acquiring the cards in physical form. Unfortunately for me, I do not know anyone who plays Magic: The Gathering, but really enjoy buying and collecting the cards. Any surplus cards I do not want I sell online and use that money to purchase cards I want from online private sellers, this way I can effectively buy, collect, trade and play Magic: The Gathering all in the comfort of my home.