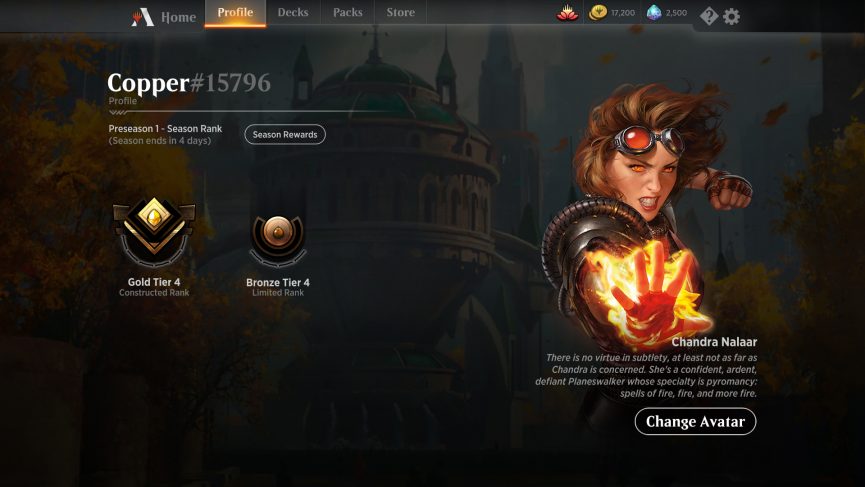 Almost two weeks ago I wrote about trying Magic: The Gathering Arena (MTGA) again to see if there had been any changes and since then I have been intermittently playing.

For the first time I tried Momirs’ Madness within MTGA which I found incredibly fun. You don’t need to construct a deck but you see some crazy and unforeseeable creatures come in to play causing unpredictable havoc. Because of this a lot more luck than usual is needed to win but it’s still fun. To give an example of how crazy it can get, take a look at the screenshot below where I have 149 life and my opponent and I both have 12 huge 16/16 impervious greatwurm creatures. Regardless of having so much life I still lost the game. 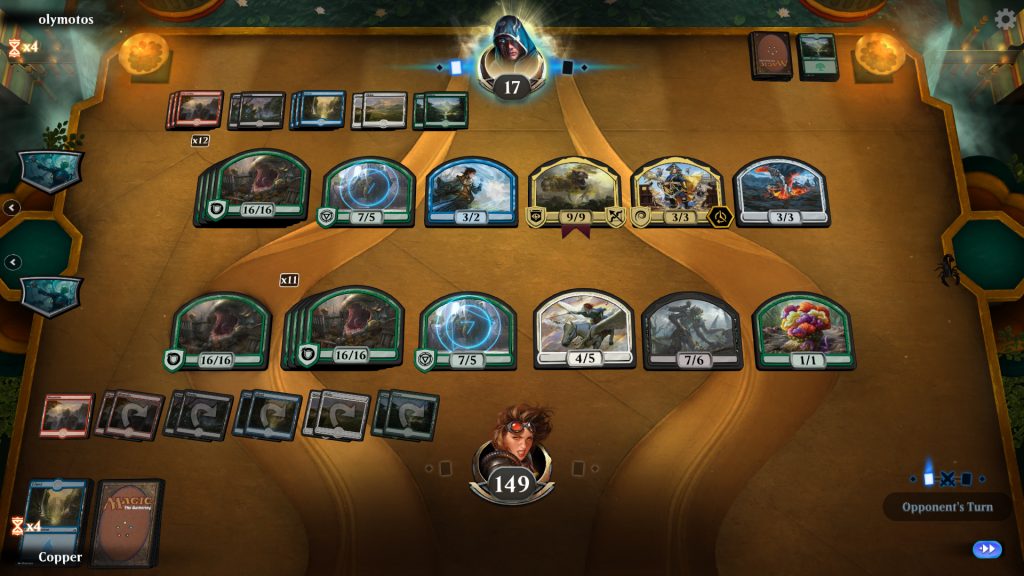 In my last MTGA post I also mentioned the new ranking system and that I had reached bronze tier 1 in the constructed category. Subsequently I have managed to get promoted 5 times and have this morning reached gold tier 4. This is by no means a great achievement in the scale of things, but for me, as a super casual gamer, this is awesome and I could not be more proud of myself. 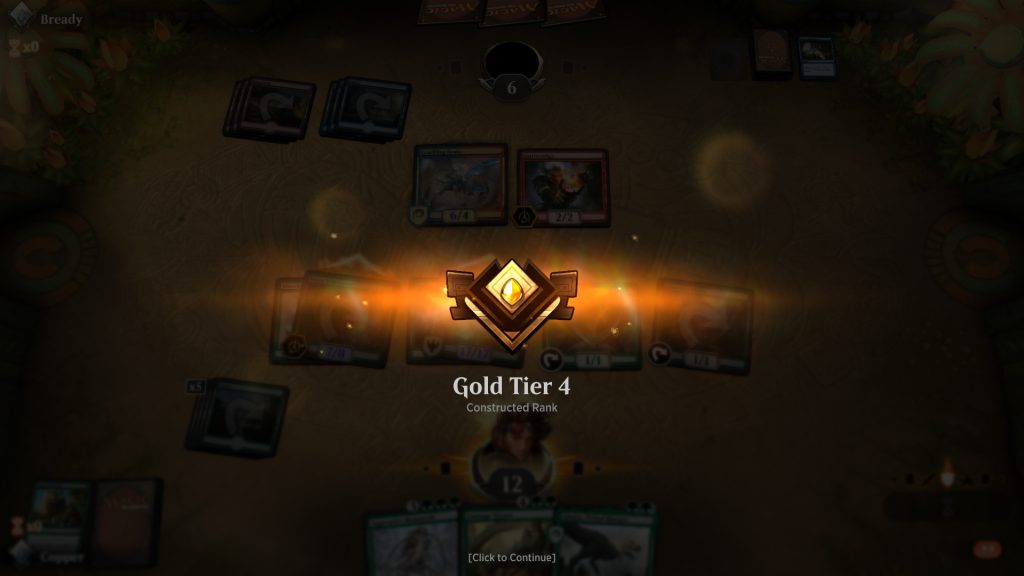 A new Magic: The Gathering set has been released, Ravnica Allegiance, which follows from the previous set, Guilds of Ravnica. The new set was made available immediately within MTGA, if anything it was actually accessible a little early, giving players the opportunity to play with and against the new cards without spending a penny.

As part of the pre-release event a new MTGA code was given for anyone to use to obtain 3 Ravnica Allegiance booster packs within MTGA. If you play MTGA and have not already done so, or if you are thinking of trying the game, I suggest you use the code ‘PlayAllegiance’ to get yours.

While I am not particularly fond of the cards I have seen from Ravnica Allegiance so far, I have still ordered almost £50.00 worth of physical cards to add to my collection, partly because I believe there will be codes I can use within MTGA.

I am absolutely loving the synergy between the online game and the physical cards/events. I get so much more enjoyment in collecting the physical cards. While I might not be able to play with them against someone in person, I can at least relate to them within MTGA.