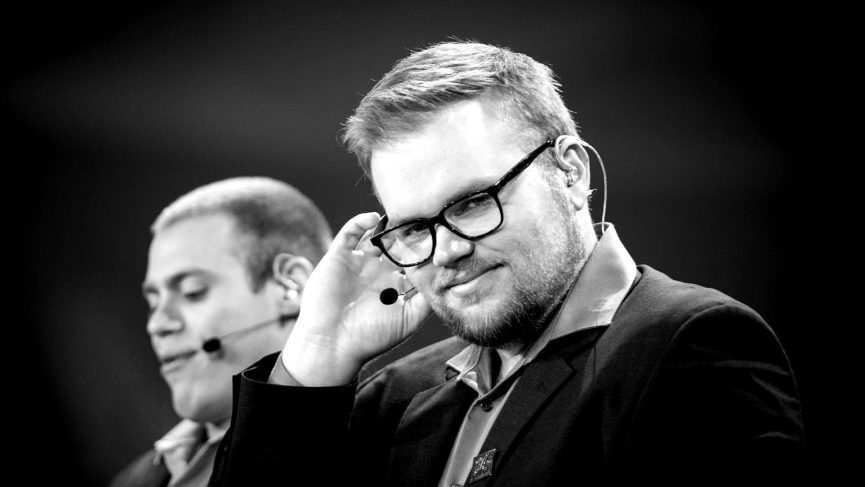 I have not been posting much recently and in truth, I have not been gaming very much either. There are many reasons for this but the main one is because of the loss of Geoff “iNcontroL” Robinson, who died suddenly last weekend on the 20th July 2019 of some sort of pulmonary embolism / thrombosis / blood clot in one of his lungs.

Geoff and I never met, he did not know me and I did not know him. But in many ways over the years he has inspired me to be a better gamer and a better person through the beautiful game of StarCraft.

Anyone who knows me at all will know that I love StarCraft, a game I have played for the past 20 years as previously written here. Geoff was a professional player who started to get recognition after getting 1st place in WCG (World Cyber Games) USA back in 2007, securing himself a place in the finals. For the longest time WCG was the only tournament of note for StarCraft Brood War and I think Geoff was rightfully proud of this accomplishment before StarCraft II was released in 2010. From there Geoff played Starcraft II competitively and was team captain of Evil Geniuses. It was around this time I started to watch and support Geoff as more and more StarCraft tournaments were forming and players were able to live stream their practice sessions and interact with fans on a daily basis. A favourite piece of content was actually made by his wife, Anna.

Any readers may remember that not long ago I was inspired by iNcontroL to play and complete XCOM 2, if not, you can read about here and here. I will try to continue to use his legacy as a source of inspiration and will continue to try and be a better a gamer, a better son, a better friend, a better person.

It’s hard to describe how I feel about Geoff dying, aged just 33. I have tried to speak to a member of my family about how sad it makes me feel knowing that he is gone, that he is no longer going to produce content and make my life better, more bearable, during the dark times. But they just don’t understand this concept, they don’t understand that this guy who I never met actually means something to me. I have followed this guy for almost 10 years and shared this connection over StarCraft. He was best of friends with other StarCraft personalities who are utterly heartbroken over his death and in turn, I sort of feel their pain. StarCraft will never be the same without him, and that kind of scares me. I am not sure what I am writing makes sense, but I really don’t know how to express my feelings on the matter. I wanted to talk to my best friend about it, but I just don’t know how, I doubt he could possibly understand these things, I do not think anyone can. All I know is right now, I am hurting and I wish something would plug this empty void in my life.

I will miss you Geoff “iNcontroL” Robinson, I don’t know what, if anything, there is after life, but, if there is something, GL and more importantly, HF.