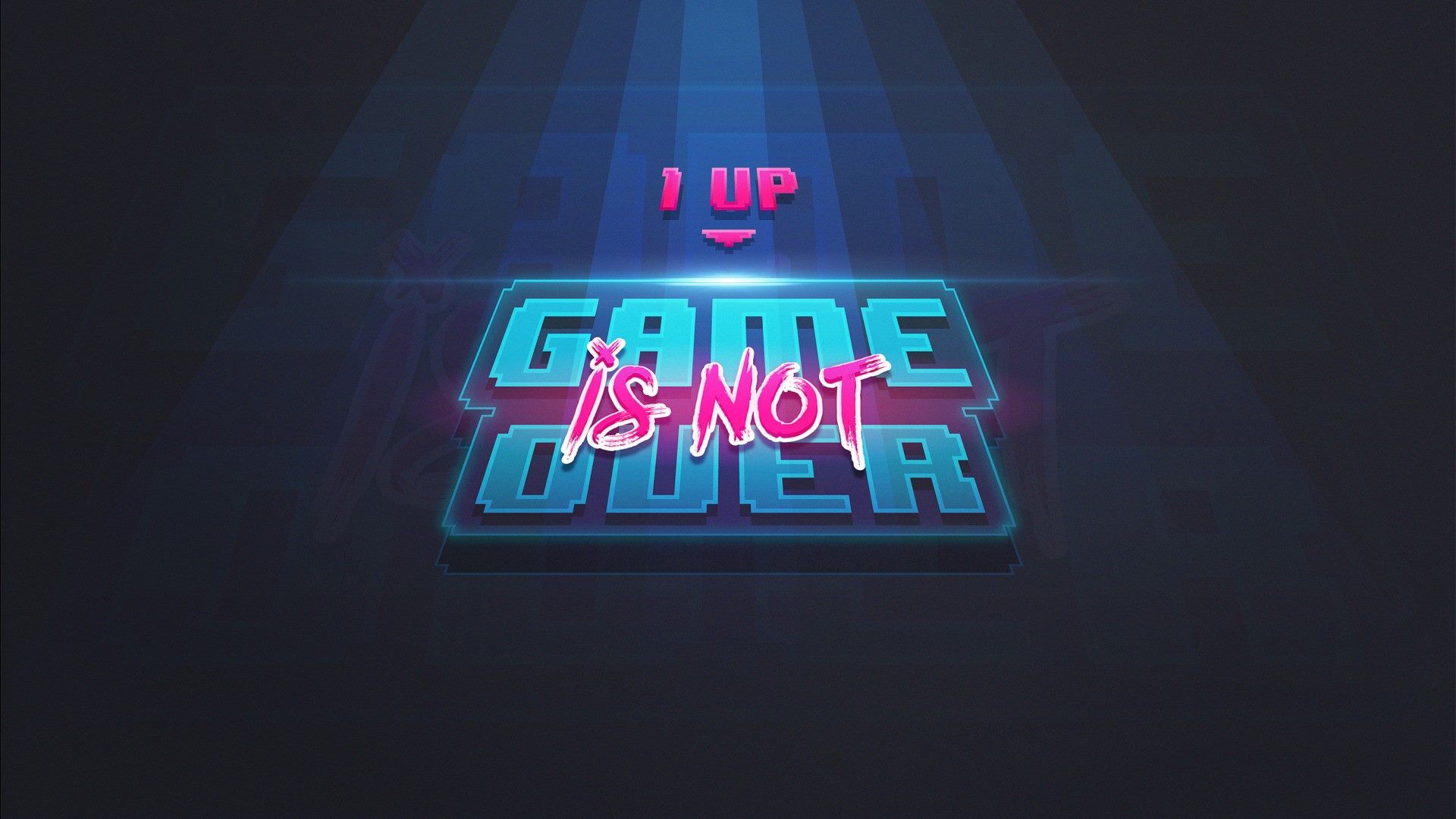 I Nearly Died: My Story

There may be some readers of my blog who have noticed that I have not blogged at all this month, this is because I nearly died and have been in recovery ever since. Finally however, after a painful and tiring 4 weeks, I feel strong enough to blog about my experiences. While my blog has always been about my gaming experiences and opinions, this is one of the few circumstances I feel it is warranted to stray from that path. Besides, there is a gaming connection which I will come to later.

During Friday 3rd June I felt that something wasn’t right. I would walk perhaps 5-10 steps and feel completely exhausted. I would sit panting as if I had completed some exercise when in actual fact I simply walked to or from the bathroom or perhaps walked up some stairs. Eventually I would catch my breath and I ignored what was happening, which in hindsight was foolish but in all fairness in 37 years I have never been seriously ill. I carried on with my day as best as possible, I even stayed up late speaking with my best friend, Jason, who has since recalled that I said I didn’t feel quite right. Later in the early hours of Saturday morning, after no sleep, an unrelated incident got me out of bed and once again I found myself out of breath from walking down some stairs. Sense prevailed and I decided to call an ambulance for myself, especially as my heart was pounding and there is family history concerning heart disease, my father died instantly from a heart attack while at work in the early 90’s and both of my grandfathers had to deal with heart disease later in their lives.

The ambulance didn’t take long to arrive, perhaps 10-12 minutes. The paramedics did a round of tests and didn’t find anything obviously wrong with my heart, detecting no heart attack or stroke but they could see there was something wrong and asked me to go with them to hospital, it was especially obvious to them something was wrong when they asked me to walk the 30 or so steps down my driveway to their ambulance. They ran a new set of tests and could see my heart rate had jumped to a very high level. When we arrived at the hospital A&E (Accident & Emergency) department I entered a triage system and, since I was stable when doing nothing, my triage was relatively low however I was eventually given an initial assessment from a doctor and the paramedics handed me over.

The doctor had decided to move me to the ‘majors’ area of A&E which meant his assessment of my condition was serious enough that I require constant observation but it was not serious enough that I needed immediate treatment and that I could wait for a bed to become available and wait for test results and a treatment plan. A doctor explained to me that they suspect that I had a blood clot on my lungs or in other words a ‘pulmonary embolism‘ which was preventing my body from getting the oxygen it required and that I would be given blood thinning medication to remove, dissolve(?) the clot. The doctor also explained there was an anticoagulant medication available which they might consider using but it was high risk in that in 10-15% of cases it would thin the blood to such an extent that it would cause internal bleeding, possibly even on the brain and that she would like to avoid using that medication if possible.

During my time waiting in the ‘majors’ area I needed the bathroom and, being a foolish independent stubborn man, I took it upon myself to take oxygen apparatus off of my face and make my way to the nearest bathroom. I don’t quite know how, but I made it there, did what I needed, washed my hands and left the bathroom but could go further. I collapsed on some nearby seating and was gasping for air, I couldn’t really talk or move and started to perceive that the room was spinning, expanding then collapsing. I am not sure how long I was there alone, but eventually a medical professional found me and went to get help. The best way I can describe how I felt is if you can imagine you are exercising and for the last couple of minutes you push yourself as hard as you can and when you stop your heart rate will be elevated and you will be breathing heavily for a minute, probably less. For me it became constant, I wasn’t catching my breath and my heart rate wasn’t slowing. It was at this moment I nearly died, something no less than 3 medical professionals later confirmed.

I couldn’t say for sure how many, but a team of perhaps 5 or 6 medical professionals were with me, talking to me and each other. I can’t remember seeing their faces, only hearing their voices. Somehow they managed to get me on a bed, cut away my shirt, put me on oxygen and were desperately trying to fit a catheter to an arterial line which I later learned was proving difficult for them. While they were doing this a female voice was explaining they were desperately working towards giving me the dangerous anticoagulant medication I was previously told about and was explaining the risks to me. To be honest, during this time I couldn’t do much but gasp for air, but I did say ‘OK’ or ‘Yes’ occasionally when they were telling me what they were doing. This will read corny but while these people were working on me, I couldn’t help but think of the people that matter me. I thought about my mother, Jason, my work colleagues, even my cat. I was worried that all of this would upset a heavily pregnant colleague of mine, worried if my mother was coping on her own, hoping my boss was going to have a nice holiday, wondering about some of the problems Jason confided me with, I even wondered how an ex girlfriend was, who I haven’t spoken to in years.

Thankfully the treatment worked, my heart rate reduced and my breathing became normal. I was moved to an ICU (Intensive Care Unit) for constant observations and was required to wear a mask for oxygen, day and night. After I showed improvement I was sent to a regular ward, but after 1 night I contracted a chest infection (probably the worst thing I could get with a pulmonary embolism) and ended up back in ICU for more oxygen (my oxygen levels had dropped) and antibiotics given intravenously along with blood thinning injections (2 x 100mg Clexane injections twice a day). While in ICU I shared a nurse with 1 other patient but constantly ended up giving blood samples, temperature readings and was almost constantly attached one way or another to a variety of equipment giving my vital signs on their monitors. While I am sure being in ICU was needed, I can honestly say I have never been so uncomfortable for so long in my life. On top of everything I have mentioned so far, some of the other ICU patients were very confused people and would shout and complain, it wasn’t their fault, they didn’t know where they were or what was happening to them. One lady was screaming for help and I overheard that she was pulling her catheters away from her arms, another old lady was worried ‘the other’ ‘children’ were trying to get her in trouble. Above all else however, there was a little girl in the bed space beside mine, she couldn’t have been older than 10. I don’t know anything about why the girl was there, but she wasn’t conscious for the 3 days she was there. I remember thinking that I would give my life if it meant that she would be better, I still feel that way, if only it was that simple. I sure hope she’s OK.

After 9 days and 8 nights I left hospital with a course of antibiotics and Clexane injections which I was shown how to administer myself. Because of how uncomfortable I was and because of all of the tests, my neck, two forearms, the back of my legs, stomach and left hand finger tips were completely bruised. I had very little sleep, very little food, was totally weak and emotionally drained. I had Sciatica in my left leg and foot, an ongoing dry tickly cough and would get dizzy if I stood up too quickly. In spite of this it was bliss getting to my room, things I took for granted such as privacy, peace and quiet, not being attached to anything and other simple comforts were heavenly and I think I pretty much slept solid for a couple of days. Since returning home from hospital I have slowly recovered. I still have some Sciatica pain and numbness, some bruising and a cough, but I am getting stronger each day and plan to return to work on Monday and start gaming again. I still need to take Clexane injections and also take Warfarin for a while, to make sure the clot is completely gone, but I am almost certain that I am going to fully recover and that there is minimal if any danger to my life.

Now for the gaming connection, readers of my blog, or StarCraft fans might remember my blog post about Geoff “iNcontroL” Robinson who literally died from this exact same thing back in July 2019, aged 33. Geoff was a professional gamer and spent a lot of time traveling the world. He spent a lot of time sitting without a break to stretch his legs. I spend most of my day working from a desk and then spend hours playing video games, with hardly any breaks. Anyone can get a pulmonary embolism, which can be fatal, if you’re a gamer, work in an office or are otherwise sedentary for long periods of time, please take the time to regularly stop for a few moments, stretch the legs and get the blood flowing. It just might save your life.