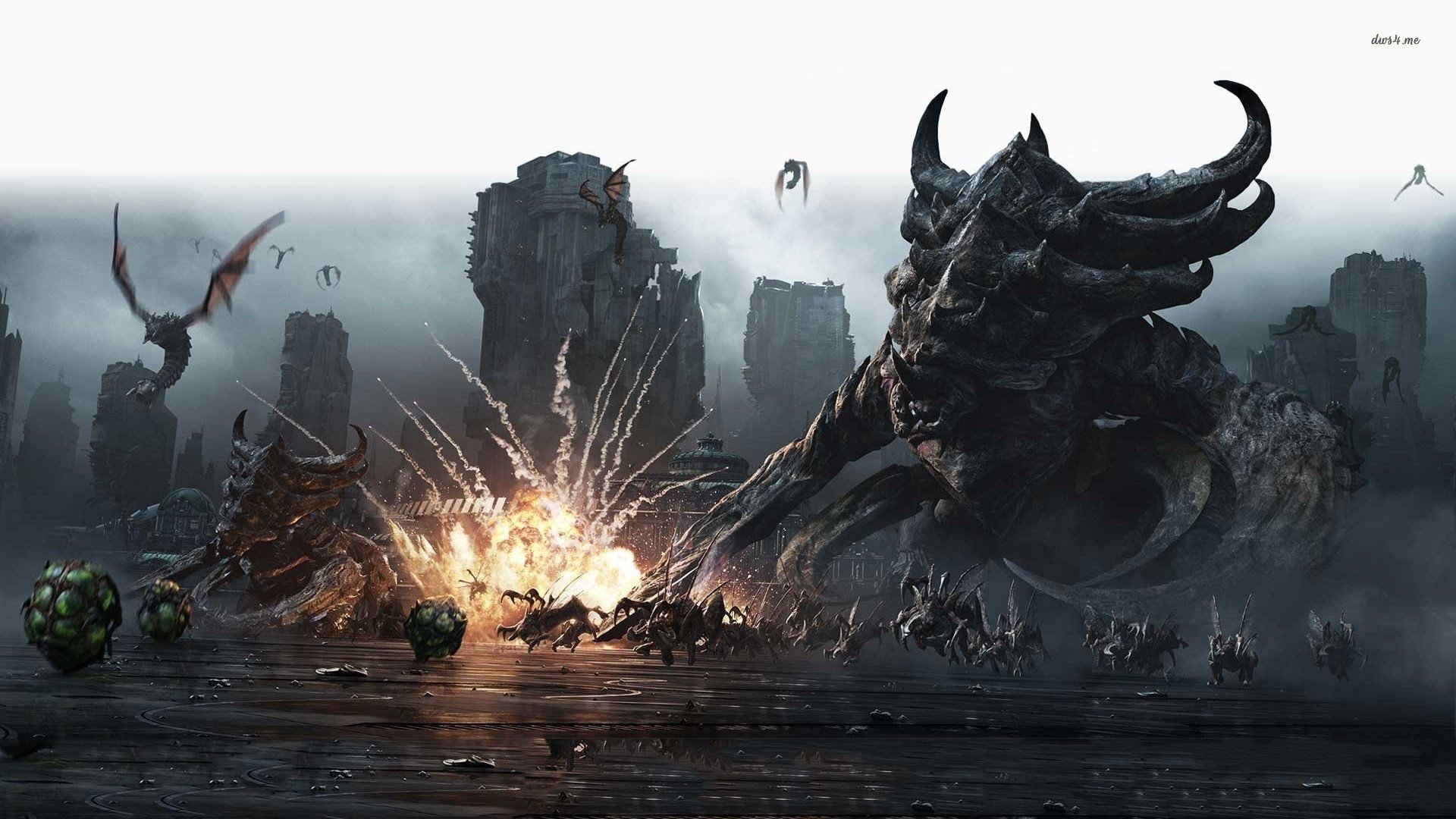 It’s been over a month since my StarCraft 2 2022 Season 1 1v1 post and I owe it to myself to provide an update. So far I have played 30 1v1 matches in total, about 2 of those people left immediately and another 2 I did the same to try and ‘balance the books’. I can’t help but feel a little disappointed that I haven’t played more 1v1 ladder games, but I have however played 53 2v2 ladder games with a new streamer known as DgameGuru who is really friendly and seems to stream StarCraft 2 pretty much every night, sharing and documenting his efforts in trying to become a master Zerg player. He has played over 400 1v1 games this season alone and is a great inspiration for me. Currently my MMR (Matchmaking Rating) for Zerg is 2619 which puts me in gold 2 where as DgameGuru has 3555 which is diamond 3. This means that while DgameGuru has a long way to go to become the master player he wants to be, I still have a lot to learn from him.

On a more positive note, I have increased my StarCraft 2 achievement points from 6820 to 7750. This is because of a combination of finally getting around to completing the Legacy of the Void campaign, playing co-op games with random people and getting started with the 10th StarCraft 2 anniversary achievements. The 10th anniversary was actually in 2020 so it’s about time I got around to getting some of them. So far they have been very easy, but it’s nice to go over old content, especially the Wings of Liberty campaign. 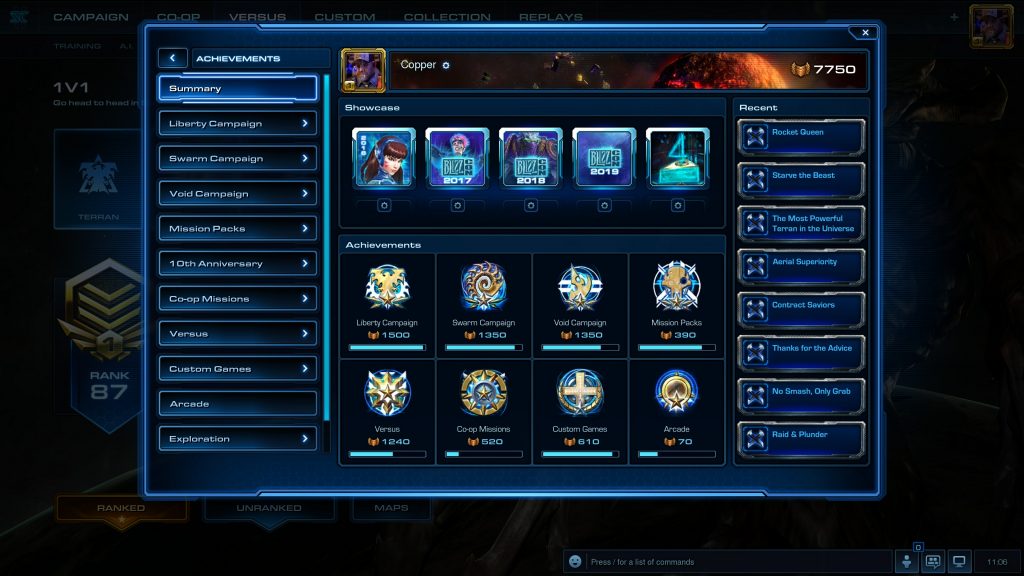 As well as DgameGuru, I have found a several other StarCraft 2 streamers to draw inspiration. HolyHit44 is a grandmaster Protoss player who consistently plays in open tournaments such as the ESL (Electronic Sports League) open cup. Unless you’re a master StarCraft 2 player it’s difficult to learn anything from him, but he is very entertaining to watch. It’s also nice to see what it’s like for a grand master player to compete against some of the best players in the world. Another player is OnoAkira who is just about a master Terran player. Once again it’s difficult for me to learn from her but she is very entertaining to watch, especially because of her play style and the classic Japanese gaming soundtracks she listens to. She’s also a retro gamer and has introduced me to Hi Score Girl, something I might actually blog about once I have finished watching all of the series. There’s Neuro who is a grandmaster Zerg player who has been streaming StarCraft 2 for a long time now, he’s hilariously funny at times and tries to promote positive thinking and mental wellbeing which desperately I need. Finally there is Sc2Cicada, a Zerg player who, like me, is placed in the lower divisions of the ladder but continuously plays cheeky all-in strategies to try and defeat her opponent as quickly as possible, which is fun to watch. More than this she is adorable and continuously gives positive vibes.

I have found playing co-op games really fun so if anyone reading this would like to play some co-op games with me on the EU server please contact me. I am sure I have mentioned this in previous posts but much of StarCraft 2 is free to play, including co-op and the Wings of Liberty campaign. I don’t mind helping beginner players learn the basics, so don’t worry if it’s your first time playing StarCraft. Anyone who is considering trying StarCraft 2 should also know that it is not a pay to win game, so if you end up trying to compete on the ladder you will find that no player will have an advantage over the other.

Moving forward, I really hope that I will play more ladder matches, even if it’s 2v2 and not 1v1. But I would also like to complete more achievements and play more co-op games, even if it’s with random people. I will continue to support the streamers which I have mentioned above and I will keep an eye out for others which I feel could either use the support and/or motivate me to play more.