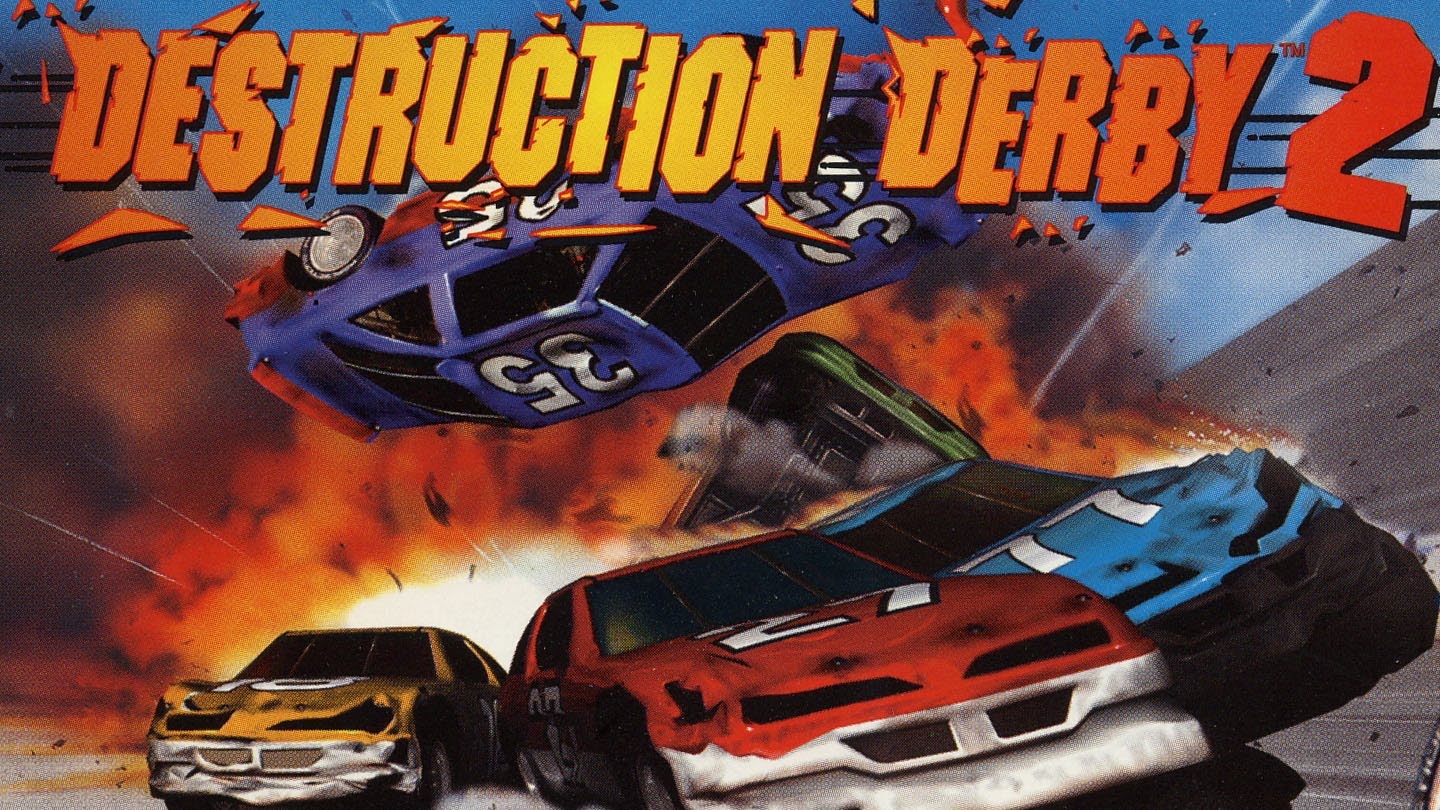 About a month ago I decided to buy the PlayStation 1 game Destruction Derby 2 which was pre-owned for £9.55. The game arrived in near perfect condition, including the case, which I have seen sell for around £10 when new. I am of course delighted with my purchase, it’s a welcome addition to my small collection, but it’s a bit of a shame because the condition suggests the game might not have been enjoyed much by the previous owner.

Destruction Derby 2 was released for the PlayStation 1 in 1996 and was later made part of the ‘platinum series’ of games. Quite a few years ago I gave away my PlayStation 1 along with a lot of games, but I have never owned Destruction Derby 2 until now. I did however have a demo CD which featured Destruction Derby 2 along with several other games. For those that don’t know, a demo CD was usually sold with a PlayStation or PC magazine and would contain games or software with limited access and would usually compliment an article in the magazine itself. When I used to buy them back in 1997 – 2000 it would cost around £5 which, to a kid, was quite a bit of money back then. It was however an ideal way to ‘try before you buy’ or in my case ‘try before you ask for’ games. While I did like the demo of Destruction Derby 2, there was always something else I would rather have and as such I never got it.

Part of the reason this game appeals to me is that I have always said that I am terrible at playing racing games, something I mention in my Gran Turismo 3 post. The whole point of Destruction Derby however is not necessarily to win the race by being the fastest but to avoid taking damage while causing damage to other drivers. The only way I would win a Gran Turismo 3 race against my friend Jason for example would be to try and crash into him on a corner to somehow slow him down more than myself and repeat that process several times which is not the way the game was designed to be played and only worked maybe 1 time in every 20. In Destruction Derby 2 this is exactly the way the game is designed to be played and is encouraged. There is even a ‘race mode’ called Destruction Derby where there is no race but a game of trying to survive and keep your car intact for as long as possible which I attempt to demonstrate below.

The game is not all good, as you can see the graphics are pretty bad, even by 1996 standards. The commentator quickly becomes annoying saying the same 5 or 6 lines and while the metal soundtrack is pretty awesome when playing, it’s awful on the main screen when selecting what you want to do. It’s as if it belongs to a completely different game. The game also features a replay feature which can be saved to a PlayStation 1 memory card. Each save takes 1 ‘block’ out of 15 so you can’t save many, but it’s a cool feature which I used to record my video.