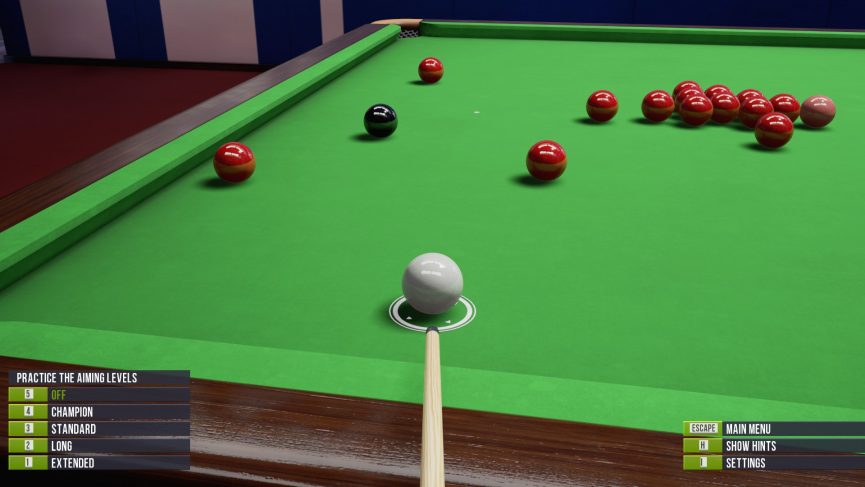 The developer of Snooker Nation, Cherry Pop Games, have not yet released another patch for their game. This left Jason and I playing the old 2016 version of Snooker Nation because we feel the online multiplayer aspect of the game is unplayable since the last ‘wash up’ patch. You can read about this in my previous Snooker Nation post.

We played a best of 7 which Jason won 4 frames to 2. Jason played really well, at one stage he was going to be ahead 3 frames to 0 but missed the last pink by a very small margin, thankfully allowing me to get back in to the match. He also scored a century of 104 in the final frame but again missed the final pink denying him an additional 13 points, not that it mattered. Other than missing those pinks I do not remember any significant mistakes other than being unlucky and accidentally potting the white. This has given Jason a 3 week win streak, something I will be looking to break next week.

I really hope Snooker Nation gets patched soon, we were both saying during our conversation that it’s a bit annoying knowing that new content is available but we can’t sensibly use it. What’s worse is that we can’t roll back just 1 patch when it was working quite well earlier in the month, before the ‘wash-up’ patch.