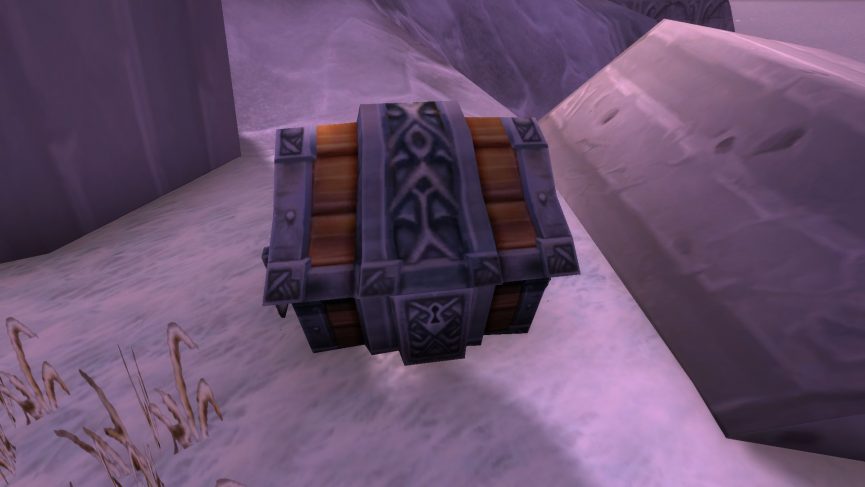 I have been putting some thought behind the different World of Warcraft loot systems and have been wondering which is best. My guild, Inspire, employ the EP/GP (Effort Points/Gear Points) system for distributing loot with some very light loot council influence. No system is perfect, but I believe the system we use potentially causes the least upset and argument which can only be a good thing.

If a guild were to allow players to roll (a 100 sided dice) for each piece of loot, it could see players who are new to the guild get some high value loot without putting in much effort. It would be upsetting to attend a raid multiple times with your eye on a piece of loot and work with your guild to improve only for a newcomer to get it first time without putting in anything like the same level of effort. It also opens up the possibility of someone who is simply lucky getting a high proportion of loot and vice versa. This however is easily the best system to use when raiding as part of a random group of players rather than as a guild.

Using a loot council system has the potential of being the most fair system, where the officers decide among themselves who should get each piece of loot depending on the needs of the guild and the merit of each player. While I like all of my officers and trust them, this system could open up the possibility of an abuse of power, awarding loot to themselves before anyone else and then their favourites in the guild. It could also swing the other way, where a decent, good set of officers like mine could feel reluctant to award themselves loot, even when they deserve it, for fear the guild would see it as favouritism. Most of the time loot council systems also allow a selection of players to roll on items, especially if the loot is rather common or not BiS (best in slot).

There is also the DKP (Dragon Kill Points) system, which I do not know much about. My understanding of this is players are awarded points for attending raids on time and killing raid bosses. Guild’s might also remove points from players for being late, having a poor attendance, forgetting consumables and making the same mistakes. Players would use their points to bid for loot with each other. This seems like a reasonably fair system but it has a flaw where players could bid very low for loot which other players no longer need but had previously paid a high amount for it. For example, an item would drop which several people want and the person who gets the item ends up paying 50 points for it. Another time that same item would drop but only 1 person needs it that day and they bid just 1 point and would get it. There could be more to this system, I have never actually been part of a guild who has employed it.

The EP/GP system is similar to DKP in that players are awarded EP for attending raids on time and for killing raid bosses. It’s also possible to punish players by removing EP in the same way but I don’t believe Inspire has ever done this. GP however is given when players obtain a piece of loot, each piece is given a different GP value depending on the quality (and therefor demand) of the item. Loot priority (PR) is established by dividing a player’s EP by their GP. A player with 500 EP and 100 GP for example will have a PR of 5. The player with the highest PR will get loot but their PR will reduce, for example, if a piece of loot is 50 GP the player would now have 500 EP and 150 GP if they get it and their PR will lower to 3.33. Each week the officers reduce everyone’s EP and GP value by a percentage (in our case 10%) which doesn’t change anyone’s PR but does prevent players from stockpiling too much EP and will slow down the rate in which players will gain overall PR. It is usually good practice therefor, for players to obtain loot where possible so that their overall PR rating maintains steady growth. This is not always the case though, with players refusing to take loot for GP, even when that loot is better for them. This is because they are holding out for something better and usually BiS. I myself am guilty of this but without thinking I have been stung by taking loot for GP which was better than what I had but was not BiS. I then found myself replacing that item relatively quickly and obtained even more GP for an item which filled the same gear slot. Because of this, potentially a lot of loot will go to waste, especially loot from older raids. Thankfully, some loot is offered for off-spec where players are allowed to roll for loot which doesn’t suit their characters specialization. For example, I play a rogue who has specialized in using swords as weapons, if a dagger, fist weapon or mace were to drop, I would not need it but if nobody else wants it for their main specialization, I might be able to get it without paying the GP cost. I have been rather unfortunate in not getting good swords to use, an officer even commented recently that my gear is starting to look good but my weapons are still poor. Even though I want to use swords, have specialized my character to use swords and play it as though it uses swords, I still use a dagger in my main hand. This is because it is better than what I currently have regardless of my specialization and play-style. I hope this doesn’t annoy or upset my fellow guild mates who also have the the same dagger but paid GP for it. I fully intend to replace it and pay GP for a sword at the earliest opportunity, even if the sword is not BiS.

My experience with Classic WoW so far has been that people aren’t quite so heavily driven by the desire to obtain loot. Yes, of course, people wish to get better items and improve their character, but a lot of people seem equally happy just to play with a bunch of like-minded people and clear end-game content. That wasn’t my experience for Vanilla WoW 15 or so years ago, where everyone seemed to care for nothing and nobody apart from the items they wanted. This could be because of the company I kept back then but I also feel the Classic WoW community is in general a more relaxed and polite set of gamers than the days of Vanilla WoW. Whatever it is, I am grateful for Inspire and the people in it.