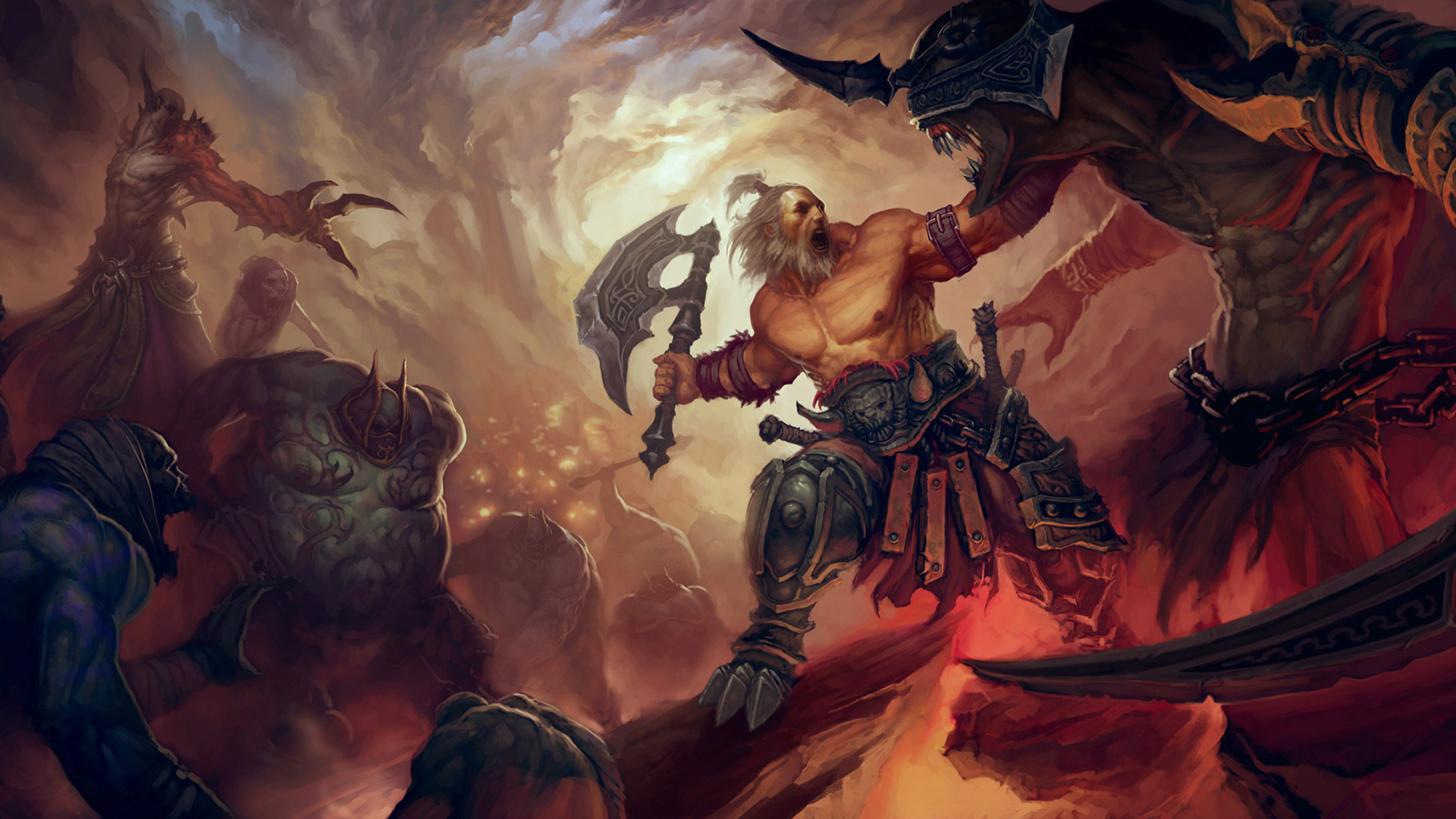 For what I think is the first time I have played Diablo III non-ladder. Usually I always play Diablo III on the ladder for the unique rewards and achievements, not to mention an addition to the record of all previous seasons and the opportunity to do better. I have been feeling quite sick lately while at the same time stressed with work and ongoing home repairs. I needed a game that was relatively fun, easy and didn’t need an investment of my time, I concluded that Diablo III non-ladder was that game.

The first thing I wanted to do was replace my Demon Hunter which I sacrificed at the end of my season 23. This didn’t take much time with the resources available to me and I was even able to craft most of the gear using Kanai’s Cube. Instead of playing and perfecting my new Demon Hunter, I found myself playing my Barbarian which survived season 23. I casually started to replace the resources which I used to create my Demon Hunter by playing through rifts and greater rifts, even completing a few bounties. Eventually I even reached paragon level 1000 which I recorded below after completing a tier 85 greater rift.

Playing Diablo III, even on the hardcore setting, poses no challenge. While I have been taking strong pain relief medicine or simply zoning out, I have been able to play through Diablo III on autopilot. In a way that’s why I still like Diablo III, it’s a great game to play when you don’t want to think too much and would rather listen to music, an audiobook or in my case unwind and have something to do while feeling sick. The screenshot below is of my Barbarian and you can see on the left all my hardcore characters being level 1000. The character at the bottom is my only ‘softcore character’ at level 666. 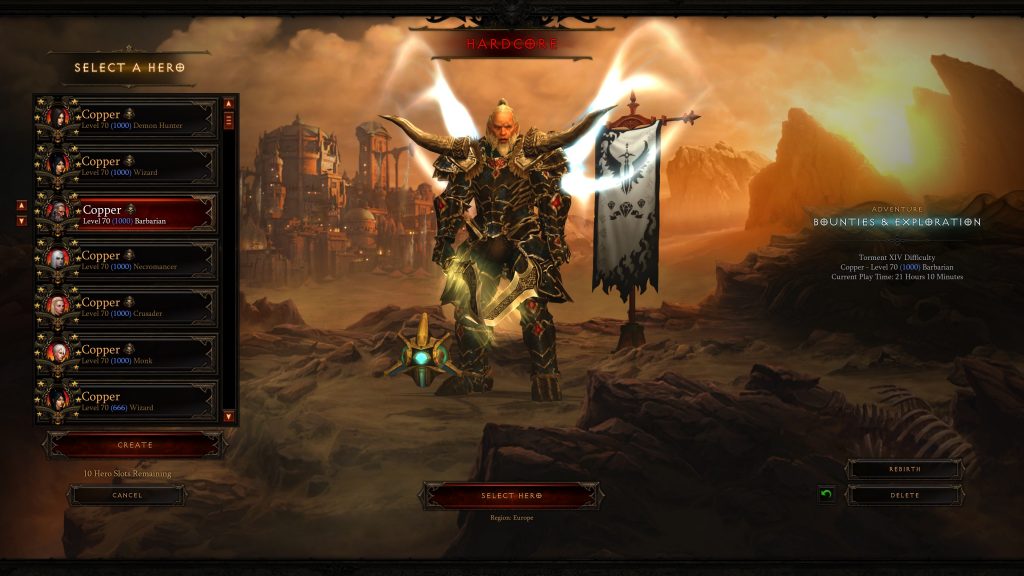 It’s fortunate for me that I have reached a point in Final Fantasy IX, which I wrote about at the beginning of the month, whereby it’s an ideal time to take a break and come back to it later. I really hope I start to feel less stressed and better soon so that I can complete my Final Fantasy IX journey, play more Snooker Nation matches against my friend Jason and generally get back to gaming properly again. But for now, Diablo III non-ladder will have to do.