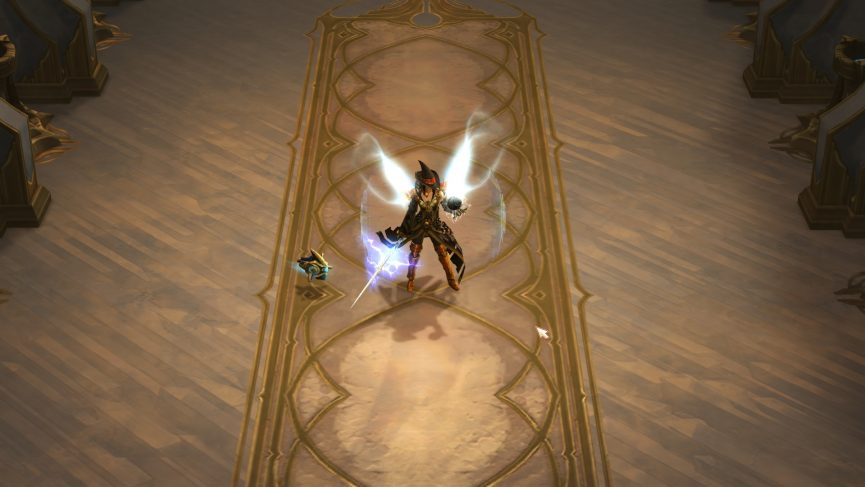 It has now been a little over two weeks since season 16 for Diablo III started and so far I have enjoyed every moment.

As I mentioned in my first Diablo themed post, I have not played since season 7 which ended in 2016 sometime. This means I have over two years worth of additions to explore and so far, I am impressed.

Each act has an entirely new zone complete with different enemies, terrains, quests and bounties. There are whole bunch of new legendary items available and I don’t necessarily see the same 4 or 5 items constantly like I used to. There have been a number of quality of life changes too, for example crafting materials are now no longer stored in your inventory/stash but act as a sort of currency which saves a lot of time.

While I have been very busy with my work, I have still managed to put in a decent amount of time in playing both last weekend and this weekend. As such I have managed to reach paragon level 463 with a wizard and have hit level 66 in greater rifts with a time of 10:43.883. 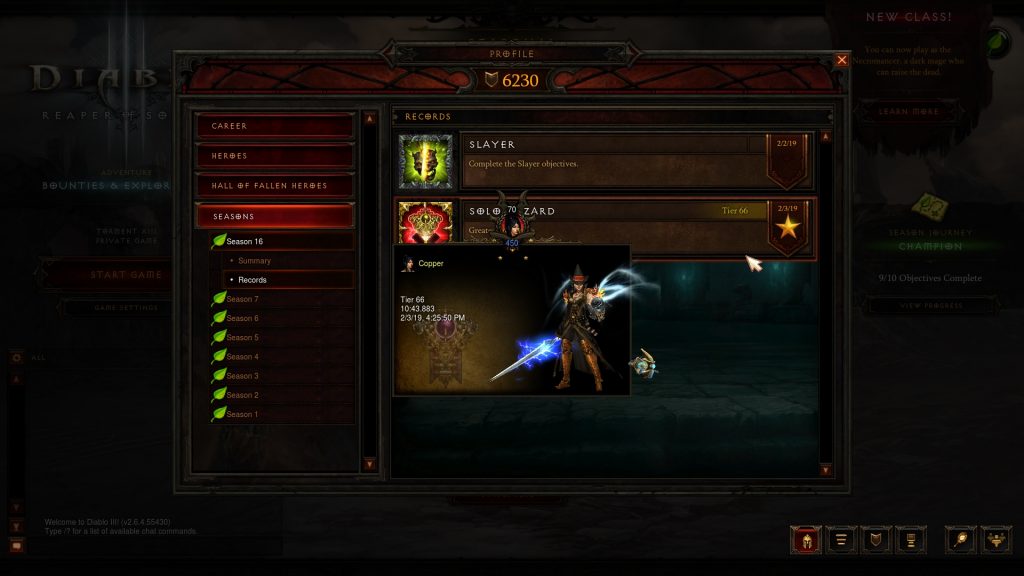 To say I am pleased with my progress would be an understatement. To give you an idea, my total non-ladder paragon level is currently 440. This means in the past 2 weekends I have managed to achieve a higher paragon level than my combined season 1-7 efforts. I am easily farming torment level XIII, which is the highest level to farm, and I am sure I can exceed greater rift level 66 if I wanted to. The main problem for me right now is survival, I do enough damage for now but I need to stay alive longer and not die in just a few hits.

Playing Diablo III at such a high level means it rains legendary and set items all of the time. The sound and sight of these items dropping never gets old for me. Even when killing a greater rift boss where I always, without fail, get at least 5 legendary and/or set items still makes me smile. 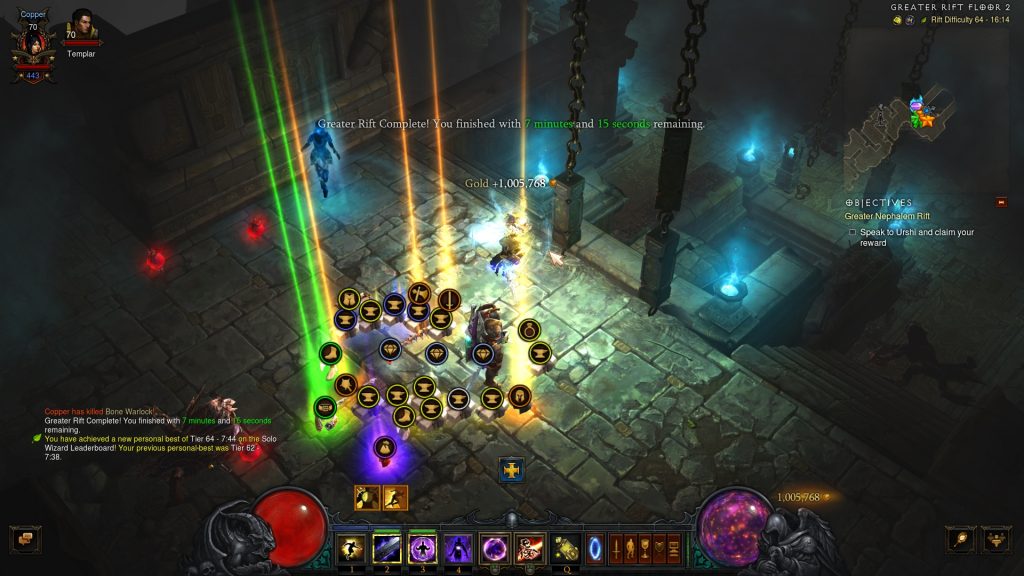 Unfortunately I am going to be even busier next week and probably won’t have much time to game or blog. I will however try to squeeze in some game time over the weekend and see if I can increase my Diablo III progress. Non-casual Diablo III players seem to hit paragon level 1000 with relative ease, maybe I can do the same? One thing is for certain, if I do, I will try and remember to record the moment.

If any reader would like to share their Diablo III achievements, no matter how small, I would love to hear from you.