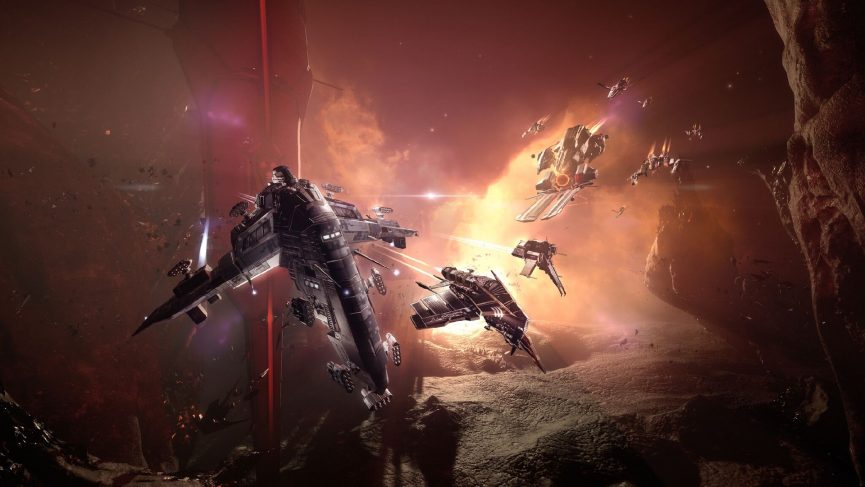 In July, before I started this blog I had been playing EVE: Online on a daily basis and I had visions of this blog being full of posts related to my activities within this incredible game. Since then however I have played very little. On the 13th November a new content patch was released, EVE: Online Onslaught. I decided it would be best that I try out some of this content and familiarise myself with it for when I decide to play the game regularly again. Thankfully the games developers (CCP) released this excellent EVE Online: Onslaught video highlighting all of the new features.

For anyone who knows me, you will know that I am predominantly a solo gamer, even in MMOs (short for MMORPGs (Massively multiplayer online role-playing games)). It is unfortunate therefore that this content patch offers very little for me and is largely focused on game play for those who play together which to be honest, is as it should be.

There are two, maybe three things I can take from Onslaught. The jump gates which link solar systems have had a graphic a overhaul and generally look cooler. There is a sort of achievement system called ‘Activity Tracker’ which literally tracks most of my activities within the game and gives me a growing score as I play. So far, having spent 3-4 hours exploring the new feature, I have accrued 1,298 points by entering 70 high security systems, 1 wormhole, 2 unique regions, manufacturing 4 tech 1 ships, destroying 365 NPC (non playable character) ships, completing a level 4 security mission and much more, there is just too much to list. The other possible benefit is that there are new Triglavian ships which someday I might try out.

For my extremely humble existence within the game, this content patch good but nothing for me to get excited about. If I were a large scale fleet commander or were a director of logistics for a large corporation or alliance, perhaps it would be a different story.