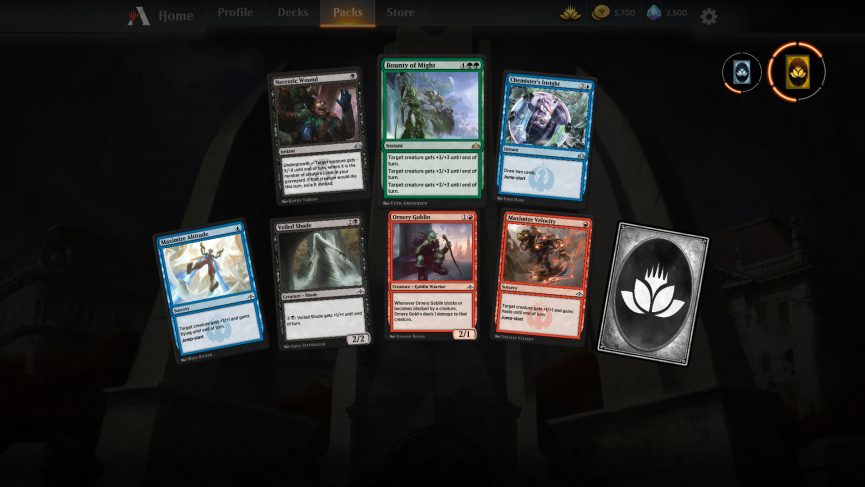 It’s Saturday morning and I am sick. I have woken up at 6am as if it were a work day and can’t get back to sleep. I decided that the best thing would be for me to make myself a cup of tea and play a few rounds of Magic: The Gathering Arena (MTGA).

I played 15 games in total winning 8 games and losing the remaining 7. I am really pleased to have won more than half of my games, I also got 2450 gold for my trouble, of which I spent 1000 on a ‘Guilds of Ravnica’ booster pack. I was however disappointed with the content of the booster, the rare was ‘Bounty of Might’ which I don’t really like that much.

This also gave me an opportunity to record more video footage of a game which I have uploaded to youtube. I really hope to spend more time creating and possibly editing these sorts of videos for my blog. They will certainly be a requirement for if and when I produce gaming guides.

In other Magic: The Gathering news I have also bought a ‘Guilds of Ravnica Bundle’ from Magic Madhouse. Perhaps this shows just how successful MTGA has been on me. Not only has it been incredibly fun to play, it has persuaded me to start collecting the cards again, earning the creators ‘Wizards of the Coast’ a well earned paying customer.