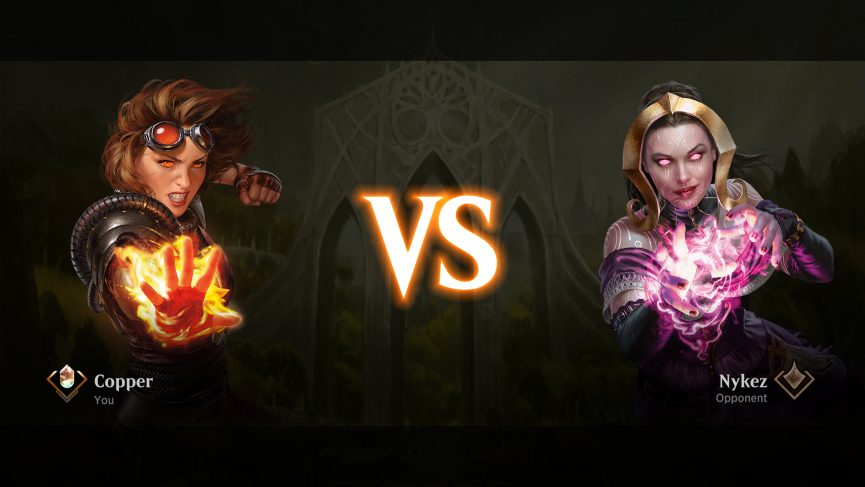 In simple terms, in Magic: The Gathering (MTG) you collect cards by buying starter decks and booster packs or by trading with fellow players. A player would then build a deck of cards (typically 60 cards) which they think will be powerful and fun to play with.

I started to collect MTG in the late 90’s and have a small collection. To my sadness I have never met anyone who enjoys MTG enough to play games with me, nor had I sought out other players who do. I stopped collecting because it is ultimately an expensive hobby with new sets released regularly. If however I had a group of friends who I could share this hobby with, things would be different.

This brings me to MTG Arena which is now in open BETA and is a free to play game. The game reminds me of Hearthstone which was developed by Blizzard Entertainment, the creators of some of my favourite games such as World of Warcraft, Diablo and Starcraft. The format is the same in that by simply playing you obtain rewards and free online booster packets. It is therefore possible for a player to spend no money at all and enjoy everything the game has to offer, just like Hearthstone.

For the first time I managed to capture some game play using the software FRAPS and uploaded to youtube. It’s a very quick game which I hope will give readers a very brief idea of what the game is all about. You see me play ‘land’ cards which gave me ‘mana’ in which I could cast spells. I used this ‘mana’ to cast two creature spells and another spell which enhanced one of my creatures. I used these creatures to attack my opponent to ultimately win the game.

There are 5 colours of magic. In the video above you will see that I used the green magic which is known to have powerful creatures and spells which improve the creatures power further. My opponent was using red colour magic which is known for powerful sorcery spells and instant spells which directly deal damage to a creature or the opponent. I felt bad for my opponent, I do not think I could have had a better start to the game and I do not blame them for conceding then they did.

As far as I can tell MTG Arena offers full deck customisation and is as if you were playing in real life with your card collection. I have to say, for me, this is probably the best new game I have played in a long while. For the first time I am able to actually play MTG with people and with the cards I have collected, albeit collected within the game by playing and winning prizes and with people I do not know. The game is not particularly balanced in that a player who spends their money on the game will have the best and most powerful cards, whereas a player who just wants to play for free and use the cards the game gives will be at a disadvantage. There is a ranking system however which will mean players who do well either by collecting all of the best cards or those who are experienced player will more than likely play each other in the higher brackets where as new players or those with a modest collection will more than likely play each other.

I myself may spend some money on this game, I shall certainly be interested in playing it from time to time to win the free rewards but do not feel the need to go all the way at this point.

You can learn more and download the game here. There is also a really cool trailer on youtube which features Day[9] who is a hero of mine from the original Starcraft days. He has played a lot of Hearthstone and it seems like he is branching into MTG Arena. I would encourage anyone considering MTG Arena to watch the video which I have included below and try the game, you really have nothing to lose.

If anyone who reads this post plays MTG or would like to play MTG either online or in person I would really like to hear from you, especially if you know me. I find the prospect of playing MTG in person with a friend or going to events with them so as not to be alone really exciting. Until then I shall just have to make the best of this hobby as a lone wolf.