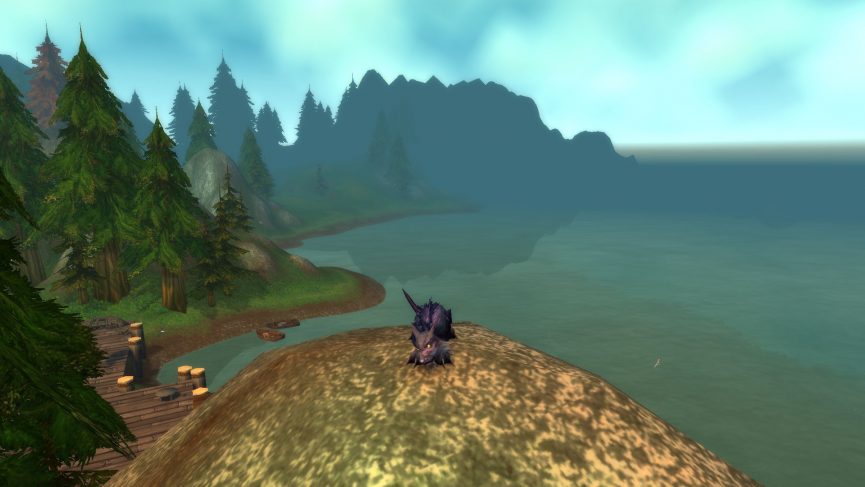 Recently I have been playing classic World of Warcraft after taking a few days off of work. I will be writing about the results when this day is over but I wanted to write about playing alone, something I intended to do before the re-release of the game two-weeks ago.

Classic World of Warcraft is much harder than the current/modern state of the game. Literally everything from completing quests, killing enemies, even looting slayed enemies is more difficult. I have seen other players level their characters much faster than me and there are a number of reasons for this. One reason however is that I make it even harder on myself by playing the game alone. It’s strange really, that I choose to play this MMORPG (Massively Multiplayer Online Role-Playing Game) by myself. While you can play alone and achieve many things, the game is ultimately designed to be played with others. It requires 5 people, or maybe 4 at a pinch, to complete most dungeons which contain the best rewards. At the maximum level, it is required that 40 people or at least 30, combat the toughest enemies in the game.

There is no reason why I should play alone, there are plenty of ways to join a guild (clan) of players and play with them on a regular basis. The guild I am in for the modern game, Midlife Crisis, even set up a classic World of Warcraft guild, albeit on a different realm/server. I think the reason I don’t play with anyone is because I am afraid that I would not be good enough or that they would let me down. It’s quite sad really, and hard for me to say, but this is also how I lead my life outside of games. I have a very low opinion of myself and have been told by professional psychiatrists and therapists that I am overly critical of myself but not of others. I am also easily hurt. Someone might say or do something and mean nothing by it, but I still end up being hurt, occasionally to the point of tears.

I have come to realize that my poor mental health has a profound effect in which the way I play games, highlighted by my experiences playing classic World of Warcraft. First, I do not feel good enough as a person. I feel like I am not a good gamer, not a good friend, colleague, son, lover, partner and that nobody could possibly like me, that nobody could possibly love me. Secondly is people will always hurt me and each other, either by choice or by accident and that it is just easier to avoid people altogether. If I avoid getting to know people, avoid getting close to people, they will not be able to hurt me.

I know that much of what I have said in this post is wrong. People do value me, they tell me so themselves from time to time and when they do, it makes me very happy. Also, while people do come and go and will say or do the wrong thing, the potential reward for finding that one person who will stay with you, encourage you and be your true friend is so high, that getting knocked down by other people time and time again to find that one person, is well worth it.

My heart tells me that I should dream, that I should see the world for what it could be, that I should dare to seek friends, dare to love and be loved. But my head tells me to stop, don’t get hurt, don’t get disappointed, nobody could like you anyway. Which is why I sit here alone, playing a game alone, with thousands of people.