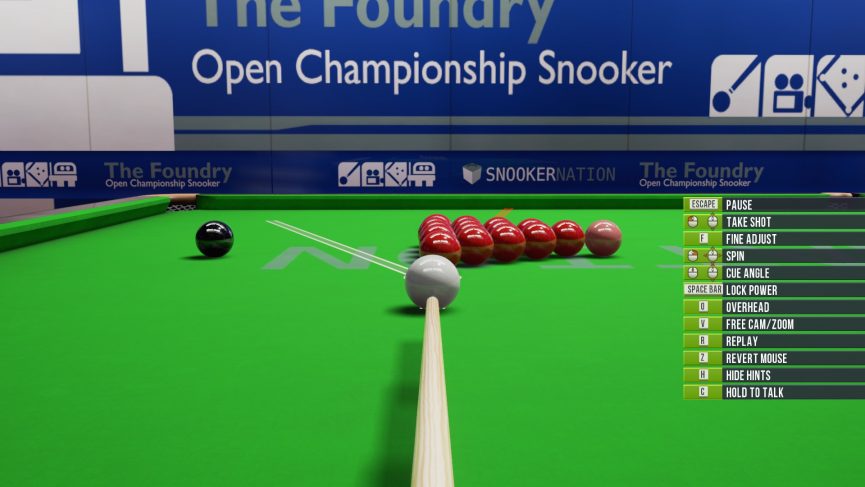 This week Jason and I decided to play a best of 9 in Snooker Nation. Thankfully I did better than last week and won 5 frames to 2. I also got the only century of 116 in frame 2.

I would say we both played okay but neither of us played as well as we have been used to recently. There were some very sloppy shots on both sides but at the same time there weren’t any awful frames. The emphasis this week was the amount of safety play. After last week, I was not willing to give Jason in inch and played hard at my safety game. I do not enjoy long tactical games very much, but it did work.

There was one amusing moment where Jason attempted to thinly cut a red into one of the middle pockets. The red looked like it was going to go in but because Jason had to hit the white so hard that the white hit two cushions and came back to knock the red he had just cut off of trajectory. We will never know with absolute certainty whether that red was going in, but for the white to hit it a second time, very unlucky, and funny.

I think we might play Pool Nation next week which could be interesting. Pool Nation is an older game developed by the same company (Cherry Pop Games) who developed Snooker Nation. Neither of us have played this game in a number of years and from what I remember, it handles completely differently. That said, having some fast paced, quick games could be a lot fun.